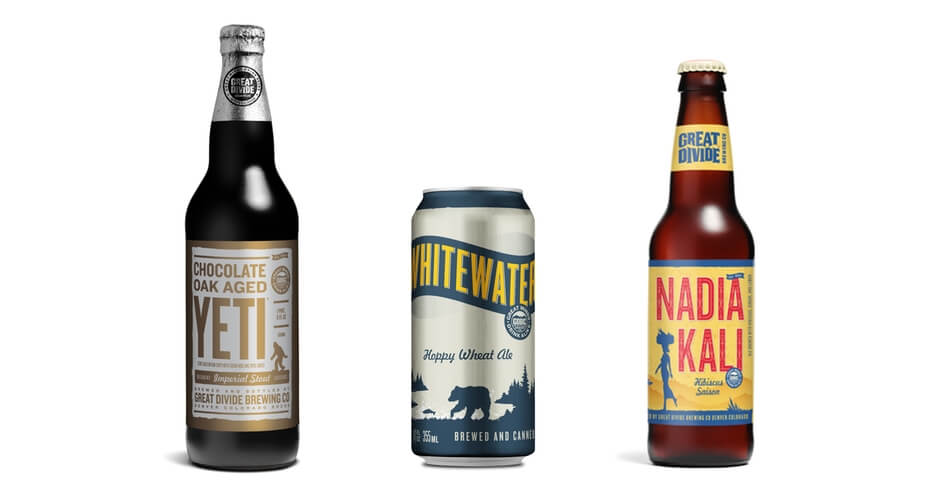 New spring releases from Great Divide Brewing are making its way to store shelves. For the latest batch of seasonals be on the lookout for Chocolate Oak Aged Yeti as it replaces Espresso Yeti and Whitewater Hoppy Wheat. Then in June Nadia Kali saison, part of Great Divide’s Tank Farm series, will make her debut.

Here’s a rundown on the three releases provided by Great Divide.

Chocolate Oak Aged Yeti is another revered incarnation of our legendary imperial stout. We toned down the hops a bit to allow cocoa nibs to contribute some pleasing bitterness, while vanilla notes from the oak combine with the cocoa to create an aroma and flavor akin to a gourmet chocolate bar. A dash of cayenne keeps things lively, adding just a bit of heat to the finish. 9.5% ABV RateBeer: 100

Whitewater Hoppy Wheat is an American wheat ale built for exploration. The bold hop profile adds complexity to this crisp, balanced ale, while hints of citrus, light floral notes, and a satisfying bitterness leave a perfect reminder of trails climbed and rapids subdued. Whitewater is the perfect complement to any adventure. 4.9% ABV

Nadia Kali is an inspired saison with cross-cultural influence. Nadia’s ruby pink glow comes from a generous infusion of hibiscus, while ginger root gives it a subtle spice and hint of woodsy maturity, and lemon peel adds a citrus tartness to keep you on your toes. Full of complexity and intrigue, this unfiltered beauty will show you just how deceiving looks can be. 6.3% ABV (available in June 2016)