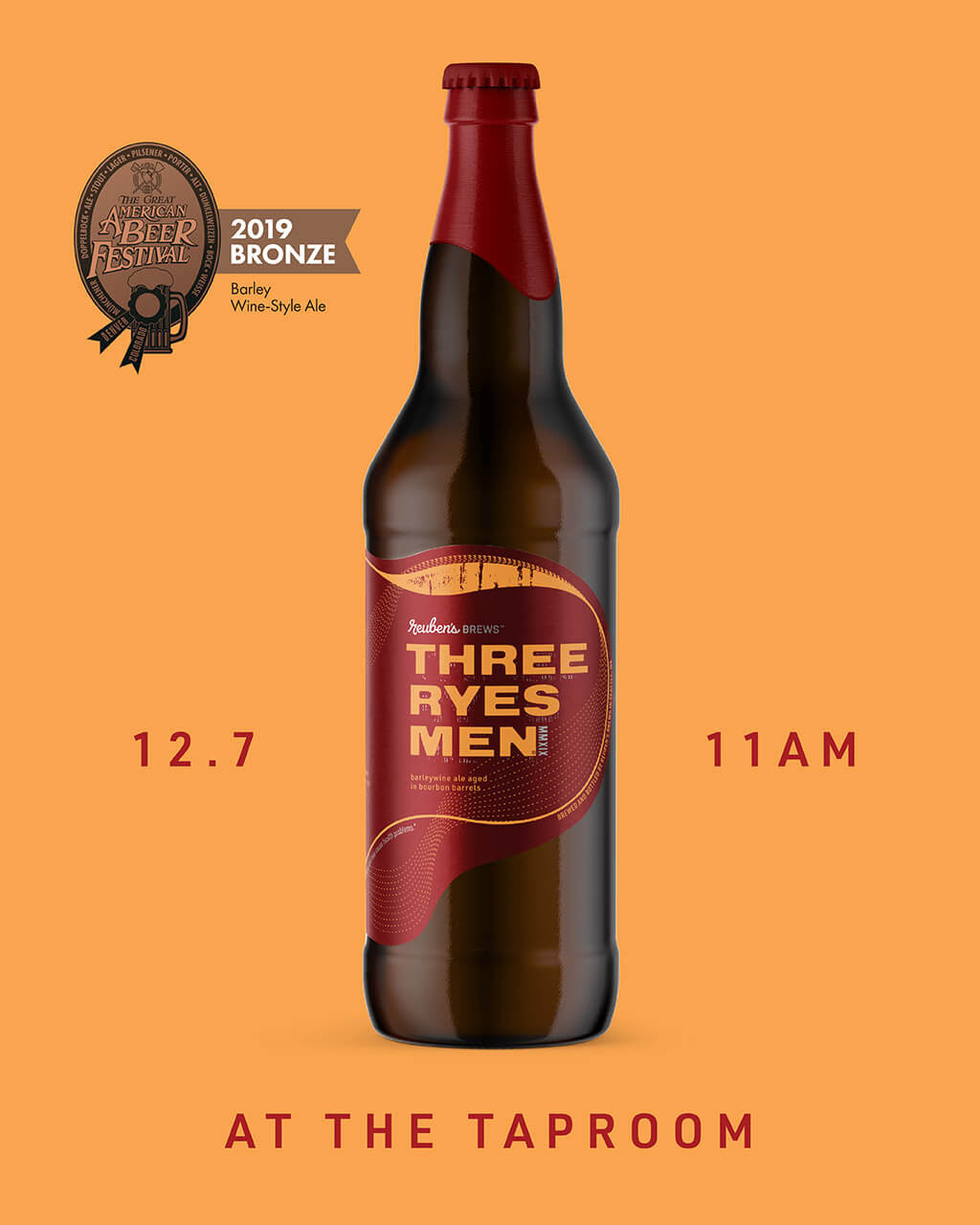 Begging at 11:00am, 2019 Three Ryes Men will be available in bottles and on draft. In addition, Reuben’s will also be serving its 2018 vintage of Three Ryes Men also on draft, while supplies last.

Three Ryes Men is brewed with Malted Rye, Flaked Rye, and Crystal Rye and is then aged in whiskey barrels where it has rested. After aging, the beer has developed flavors that according to the brewery offers a full body with malt driven caramel and chocolate notes, and layers of warming complexity to create a 12.2% ABV winter warmer.

If you’re unable to make it by Reuben’s Brews – Taproom, a small amount of Three Ryes Men will reach distribution.