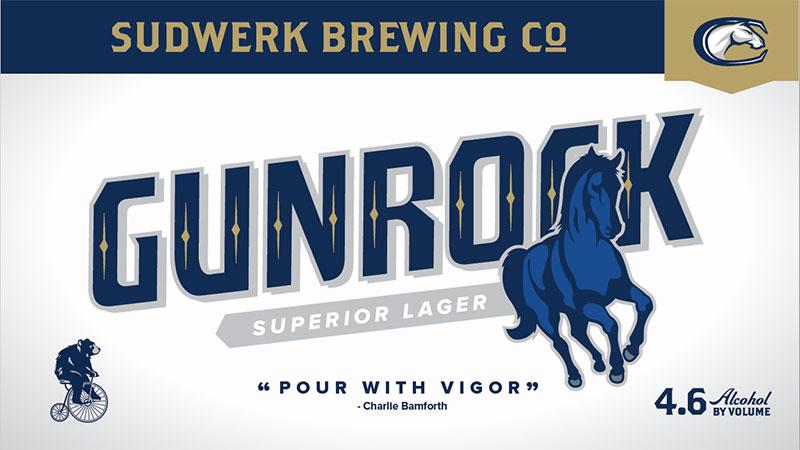 One of the oldest brewing schools on the west coast, University of California – Davis, is partnering with Sudwerk Brewing Co. on a new lager. Named after the university’s blue mustang mascot, Gunrock Lager will be available at the brewery located in Davis, California beginning on November 24th. Then on November 29th Gunrock Lager will be pouring at Pavilion on the UC-Davis campus for the men’s basketball team’s first home game.

Gunrock Lager was a beer that was developed by UC-Davis alumnus Doug Muhleman, retired Anheuser-Busch vice president of Brewing Operations and Technology. Muhleman is said to have wanted the beer to be the perfect complement to sports events, one that is lower in alcohol.

“We wanted it to be sessionable, an easy-to-drink beer. We wanted a lighter-bodied but flavorful beer,” said Muhleman in a release.

Another part of this new beer was that it needed to have a local element to it. Muhleman decided that the locally grown rice would make a nice addition to Gunrock Lager. Jack DeWitt, another UC-Davis alumnus donated the rice from his farms in Sutter, Yolo and Sacramento counties.

The main ingredient in Gunrock is North American barley malt, which gives the beer its golden color and malty flavors. The rice brings crispness and lightness on the palate. For the hops, Muhleman chose traditional German-grown varieties that are found in many of the great lagers of Bavaria. And at 4.6% ABV the beer meets Muhleman’s requirements for this easy drinking beer.

“I am thrilled with this beer,” said Charlie Bamforth, Anheuser-Busch endowed Professor of Malting and Brewing Sciences at UC Davis in a release. “It’s a recipe devised by one of our great alums, Doug Muhleman, uses a prime local raw material and is being brewed by the longest lasting craft brewery in the region, Sudwerk. And all in aid of such a great cause! Pour with vigor, indeed!”