The fourth edition of the Firestone Walker Invitational Beer Festival will take place on Saturday, May 30, 2015 from 12:00 PM to 5:00 PM (PDT). Returning once again to the pleasant surroundings of the Paso Robles Event Center in Paso Robles, CA and hosted by Firestone Walker Brewing, this beer festival is one to put on your Beer To Do List.

Tickets go on sale Sunday, February 8th, 2015 at 9:00am PDT. Make sure to get online at this time as last year’s festival sold out within minutes of the tickets going on sale. 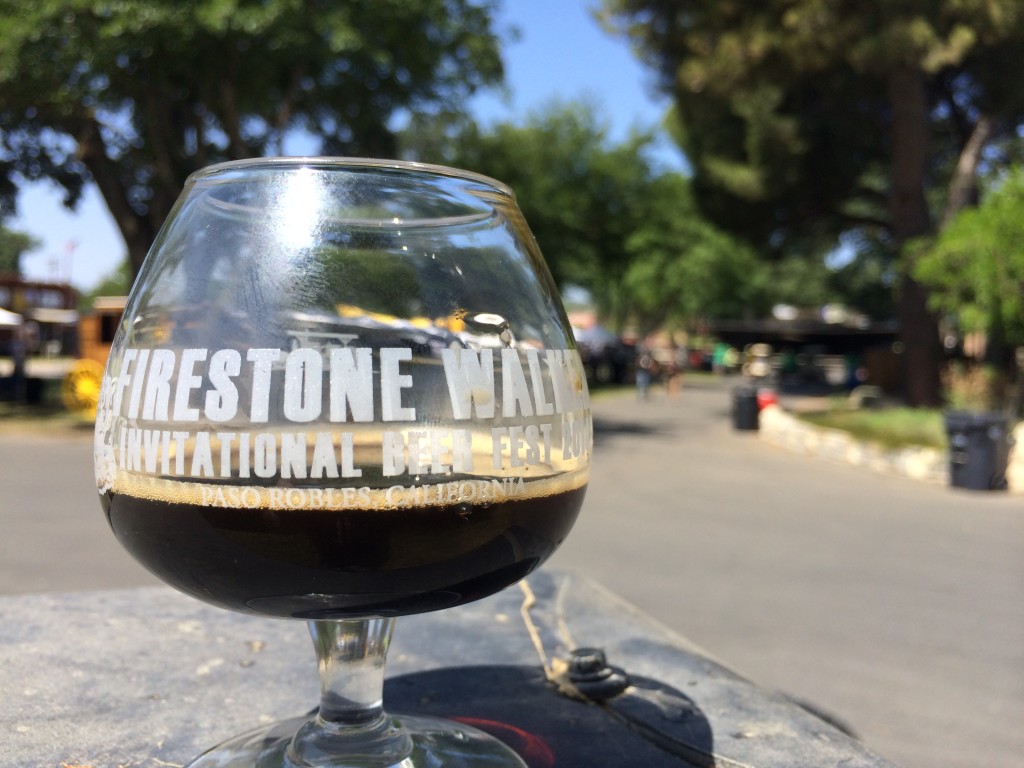 The 2015 FWIBF will once again bring over 45 breweries along with 20+ restaurants serving some of the best beer in the world and best cuisine from California’s Central Coast.

Beyond all of the killer beer and food, there is more to the FWIBF. Throughout the afternoon there will be live bands playing the Frontier Town stage. This year’s headliner will be Jackie Greene and he’ll be taking the stage around 3:30pm.

There’s also a chance to take in the “Behind the Beer Sessions” that feature beer tastings along with Q & A sessions with the brewmasters themselves.

The details on the tickets are that there are two options, a General Admission entry and Early Entry. Both entries will get you a nice commemorative tasting glass.

Here are more of the details and the link to purchase tickets beginning at 9:00am on Sunday, February 8th, 2015. Here is the link for tickets.

Early Admission Entry
This will get you into Invitational an HOUR early beginning at 11:00am to 5:00pm. All of the proceeds from these Early Bird Tickets will go to the “Marine Corp Scholarship Foundation”. Ticket also includes an event shirt & hat and can be claimed at merchandise with your ticket and ID.. This ticket price is $200.00 + $10.99 service fee.

For the 2014 edition of the FWIBF, 3 Floyds and Firestone Walker collaborated on a beer that was released on draft during the festival and the following day in bottles at the brewery. Ol’ Leghorn was a staggeringly hoppy blonde barleywine made by Nick Floyd of 3 Floyds Brewing Co. and Matt Brynildson of Firestone Walker Brewing Company, old friends of nearly 20 years who both cut their brewing teeth in the mid 1990s Chicago craft beer scene.

Will there be a new collaboration for 2015? If so, who will join Firestone Walker for this year’s brew? Time will tell but we here at Brewpublic will let you know when the secret is revealed.

The Firestone Walker Invitational Beer Festival is a benefit for the Pioneer Day Committee that brings in some of the best breweries in the world to Paso Robles.

You can keep up to date on the Firestone Walker Invitational Beer Festival by following the Facebook Page and visiting the website. Remember to use #FWIBF when using social media to discuss this much talked about beer festival.