Chicago is well known as a sports town, but not as a beer city, at least to us west coasters. But I can tell you first hand that when drinking craft beer in Chicago, you will not be disappointed. From popular breweries like Half Acre Beer Company to food and beer centric pubs like The Publican, Chicago has you covered. This got me thinking who has better beer at its ballpark, my beloved Chicago Cubs or the club’s crosstown rival Chicago White Sox?

Since I already had my annual pilgrimage planned to visit Chicago this year, I decided I should cross off one of my bucket list items. This means watching my beloved Cubs play the White Sox in the teams hometown. This season’s four game series consists of two games at U.S. Cellular Field (White Sox) and two games at Wrigley Field (Cubs).

I decided I would see a game at both ballparks and enjoy some good baseball and hopefully enjoy some good beer too. We all know major sports are dominated by big macro beer dollars; therefore the beer selection is often limited at sporting events. Would this be the case on my trip?

The first game that I saw in this Crosstown Classic was on the South Side of Chicago. Walking into the U.S. Cellular Field it felt like a playoff game. There was plenty of trash talking, but there were more Cub fans at the game than White Sox fans. Looking around the ballpark it was not hard to notice Miller’s marketing dollars being put to use. The scoreboard, the Miller Lite Party Porch to the aisle beer vendors; all were pushing Miller. At first, I was thinking here we go again. The only option will be Miller products, but thankfully I was wrong.

A few days prior to this game I happened to be seeing the Cubs play the Milwaukee Brewers in Milwaukee, Wisconsin at Miller Park. Surprisingly enough they had craft beer in cans and bottles from New Glarus Brewing, Bell’s Brewery to New Belgium Brewing. The reason I bring this up is at the game I was turned on to the MLB Ballpark App by a staff member. This free app is available for both iPhone and Android. It is a useful app that let’s you know where food, beer and the all mighty important bathrooms are listed.

While at U.S. Cellular Field I used the beer finder feature on the app and found it very useful. It gave me a better understanding of what was available and where I could find it. This beats walking around aimlessly looking for good beer.

I was happy to find that indeed U.S. Cellular Field has craft beer, good craft beer. I enjoyed Half Acre Daisy Cutter in a Tall Boy. Other packaged beers include: 3 Floyd’s Yum, Yum, Revolution Brewing Iron Fist, Lagunitas Brewing IPA, and beers from Two Brothers Brewing, Surly Brewing, Bell’s Brewery, Metropolitan Brewing and several others. That is a pretty solid line up of brewers and beers.

And of course there were plenty of Miller/Macro products like Miller Lite, Coors Light, Leinenkugel Summer Shandy, Blue Moon and Heineken.

After the White Sox unfortunately, beat the Cub 4-5, I was looking forward to seeing the next game in a few days back on the North Side of Chicago at Wrigley Field.

Now a few days later it was time to check out Wrigley Field’s beer selection. Budweiser has been the dominant beer force at Wrigley Field for years. As a kid I remember Harry Caray always talking about having a Budweiser (or having a few too many). The old motto was Cubs Fan, Bud Man. I have been to Wrigley Field a number of times in the past and did not have the best luck with finding good beer, but maybe this year would be different? 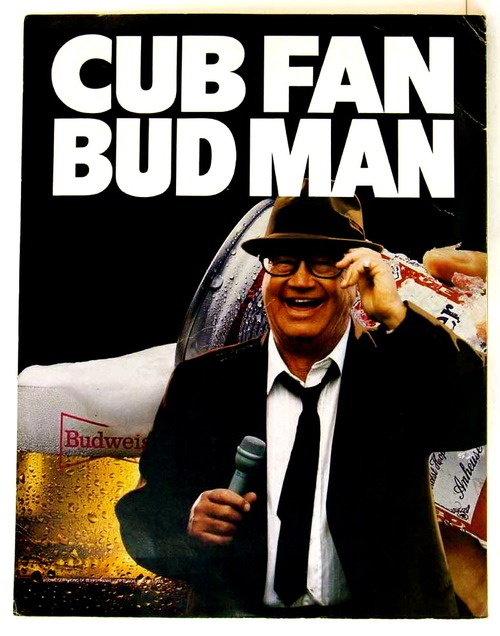 I tried using the MLB Ballpark App at Wrigley Field, but had poor results in regards to finding good beer. I noticed that each ballpark uses that app differently. While the White Sox had a beer finder button that shows you what beer is where, Wrigley Field had a directory option that just says, “draft beer”.

I took my search to foot and was not disappointed with what I found. The best beer you can get delivered to your seat is a Goose Island IPA. Since A-B InBev owns Goose Island this is their premium “craft” brand. Other Goose products include 312 Urban Wheat, Green Line, Matilda and Sofie. While some of A-B InBev’s offering include: Bud, Bud Light, Lime-A-Rita, Shock Top, Stella Artois and others.

Yes I was disappointed, but not with the score of the game. The Cubs defeated the White Sox 8-1 and the four game series would eventually end in a tie, unlike my vote for best beer selection. U.S. Cellular Field wins hands down for having the better beer selection. Where Wrigley Field beats US Cellular Field is the overall ambiance and places to go after the game. You can’t beat the Wrigleyville neighborhood with its rooftops for watching games and abundant bars surrounding the stadium.

If you plan on attending a major league baseball game this year and want to know the beer selection do yourself a favor a download the MLB Ballpark app.

And yes the Cubs are going to win the World Series this year.