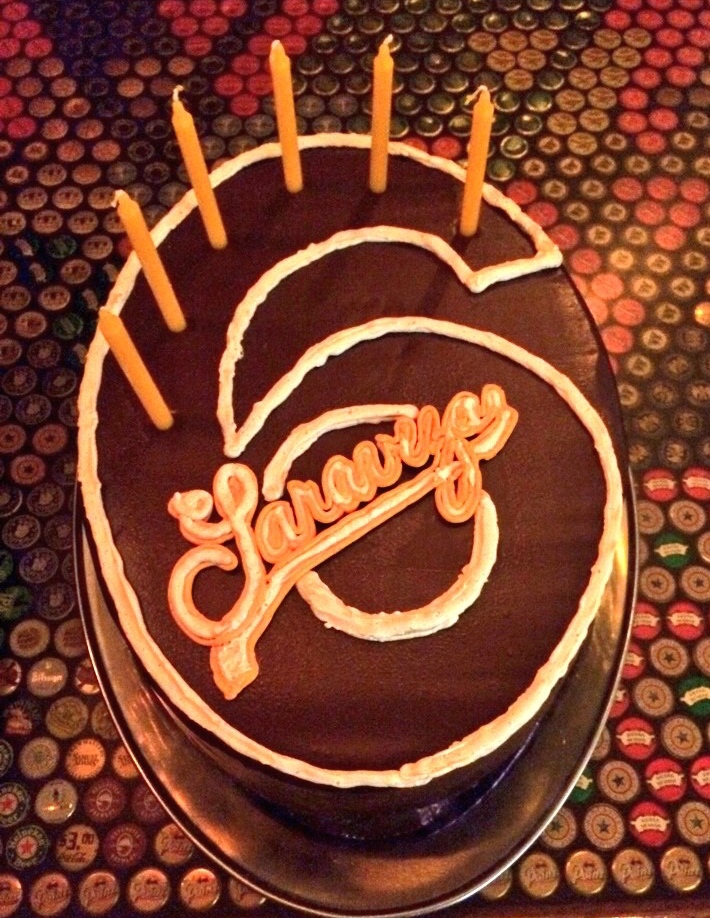 We now are reaching the second and final weekend of this year’s Killer Beer Week and what a week its been. With eight Killer events behind us, we now celebrate Brewpublic’s 6th Brewniversary Party at Saraveza from 5:00pm to midnight on Friday night.

This past Saturday Saraveza celebrated their 6th Anniversary to a packed house for their engaging annual toast. Since both of our anniversaries are so close in proximity we like to celebrate our Brewniversary with our good friends at Saraveza. Their friendly staff has been so cordial to all in the craft beer community and we cannot think of a better place to commemorate our anniversary.

So please join us for this intimate event as we toast to another year of keeping the dream alive with our favorite neighborhood pub, Saraveza. Taps will include some of our favorite breweries’ best pours and will feature the season’s debut of Upright Brewing’s Coffee Stout amongst many more very desirable beers. This will be one Killer of a night!

Taps will include the following Killer Beers:

Be on the lookout for some killer giveaways for the annual Brewpublic raffle. Come on out and have some fun!