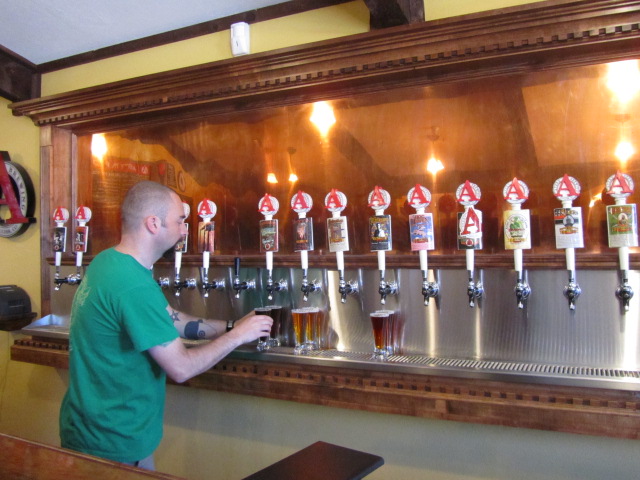 We’re sitting at Avery Brewing Company in sunny Boulder, Colorado where our friendly Glaswegian bartender Spencer is taking good care of us.

First he started us out on Jerry’s Roggenbier, the brewery’s one of a kind Pro-Am entry for this year’s Great American Beer Fest. Jerry’s is a 60% rye beer accurately described by Spencer as tasting like “chocolate chip banana bread.” Absolutely delicious.

The Kaiser Imperial Oktoberfest is a beer we’ve enjoyed from bottles in the past, and now, finally, we are loving it on draught. A 2009 gold medal winner, this beefed up Marzen is an intensified take on a traditional fall favorite.

Rumpkin: Avery’s pumpkin treat is this special seasonal and perhaps the best of the twenty taps pouring here at the taproom. This dry-spiced pumpkin ale was aged in Gosling’s Rum barrels for six month. A beautiful garner-burgundy hue, this brew at 13.9% ABV is a welcomed kick in the pants. 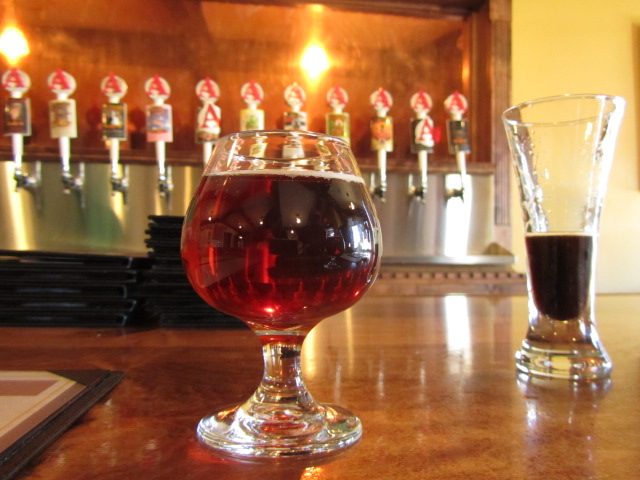 Lilakoi Mahu: A spectacular beer whose name is Hawaiian for “fruity man,” the Mahu is a tart tangy hazy yellow wit beer brewed with generous amounts of passion fruit sourced from Hawaii. This beer is a taste of paradise. Really.

duganA IPA: Described on the menu as “a brutally bitter, dank, piney, and resinous ale for those seeing a divine hop experience. This light-bodied, West Coast IPA gets its name from the Hindu twins of the constellation, Gemini. Get it, double IPA. 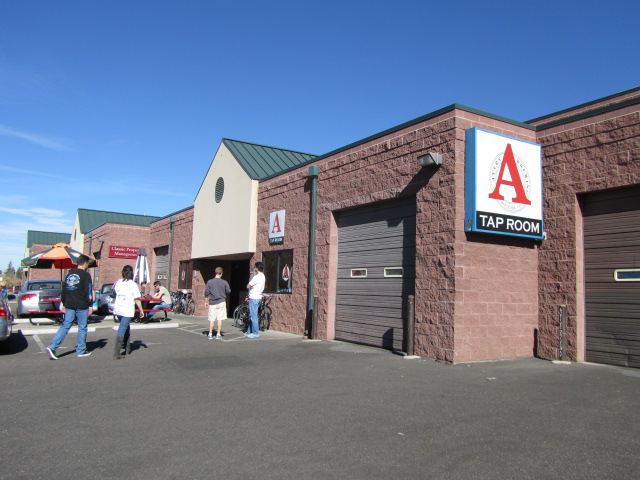 Mick’s Elixir: Avery also specializes in beer cocktails and blends that are highlighted on their extensive beer menu. This favorite is a blend of  Joe’s Pilsner and the Salvation Belgian-style Golden Ale. The champagne-like Salvation’s with notes of peach and apricot marries harmoniously with the bready and grassy notes of the hopped up Joe’s Pils. 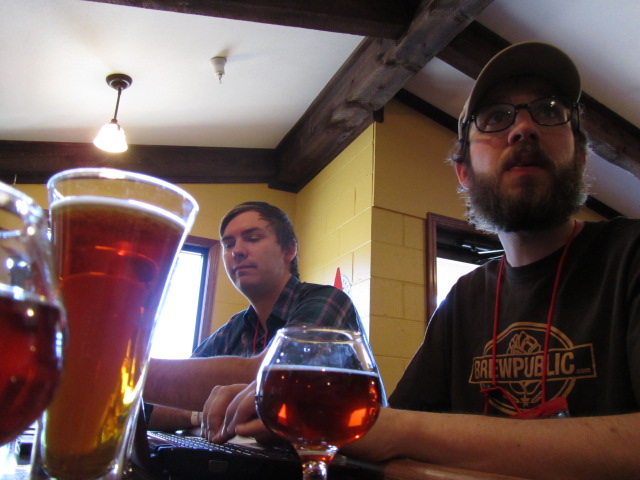 Big Smoky: A heavily smoked imperial rauchbier that truly honors its name. The motto for this one is “put your tastebuds to work.”  This 9% brew is quite assertive on the palate and has been referred to as an ashtray soaked in iodine.  This beer is not actually sold to the public, but Spencer, as mentioned, treated us very well. This is a smoke bomb utilizing 85% smoked malt in the total bill.

Ruminator: A gently smoked German-style doppelbock aged in Gosling’s rum barrels for nine months. A far more approachable and complex brew than the Big Smoky. This one is one of our favorites on this day. 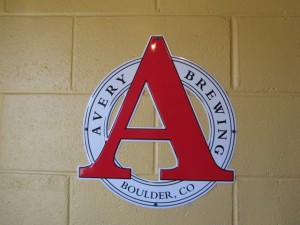 Moloch: Here’s another specialty blend that is named after a religious cult that sacrificed its children. Mixed here are the The  Reverend with Samael  in various bourbon casks. You can pick up the whiskey and sugar in the combination of these monstrous beers weighing in at around 13% ABV. Spencer described it righteously as one of the  “prettiest beers with one of the most twisted names.” Hot damn!

Avery is awesome. And this is an understatements. As our friend Eric Steen of beerandscifi blog says “they have such a huge variety of beers and they’re all solid.” Thank you Avery, you are doing the craft beer world a service. We love you!