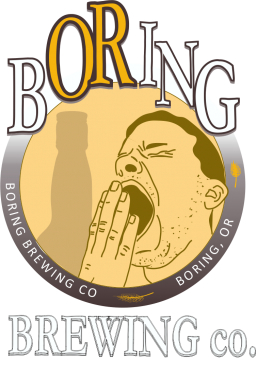 Located just east of Portland in Boring, Oregon is home to the new Boring Brewing Co. Founded by John Griffin on his farm on the southeast side of Boring, this recently opened Nano Brewery began operations the first of the year.

Two years ago after 24 years of homebrewing, John decided it was time to pursue his dream and open up his own brewery. Still working a day job in the medical field John decided to go with a brewery on his property in a revamped out building. When it was time to decide on his brewery build out he went with a 4-barrel brewhouse from Glacier Tanks. He poured a sloped concrete floor for his brewhouse and added two fermentation tanks and a brand new walk in cooler where his two brite tanks are located to the space. Once all the paperwork was cleared he began brewing in January. 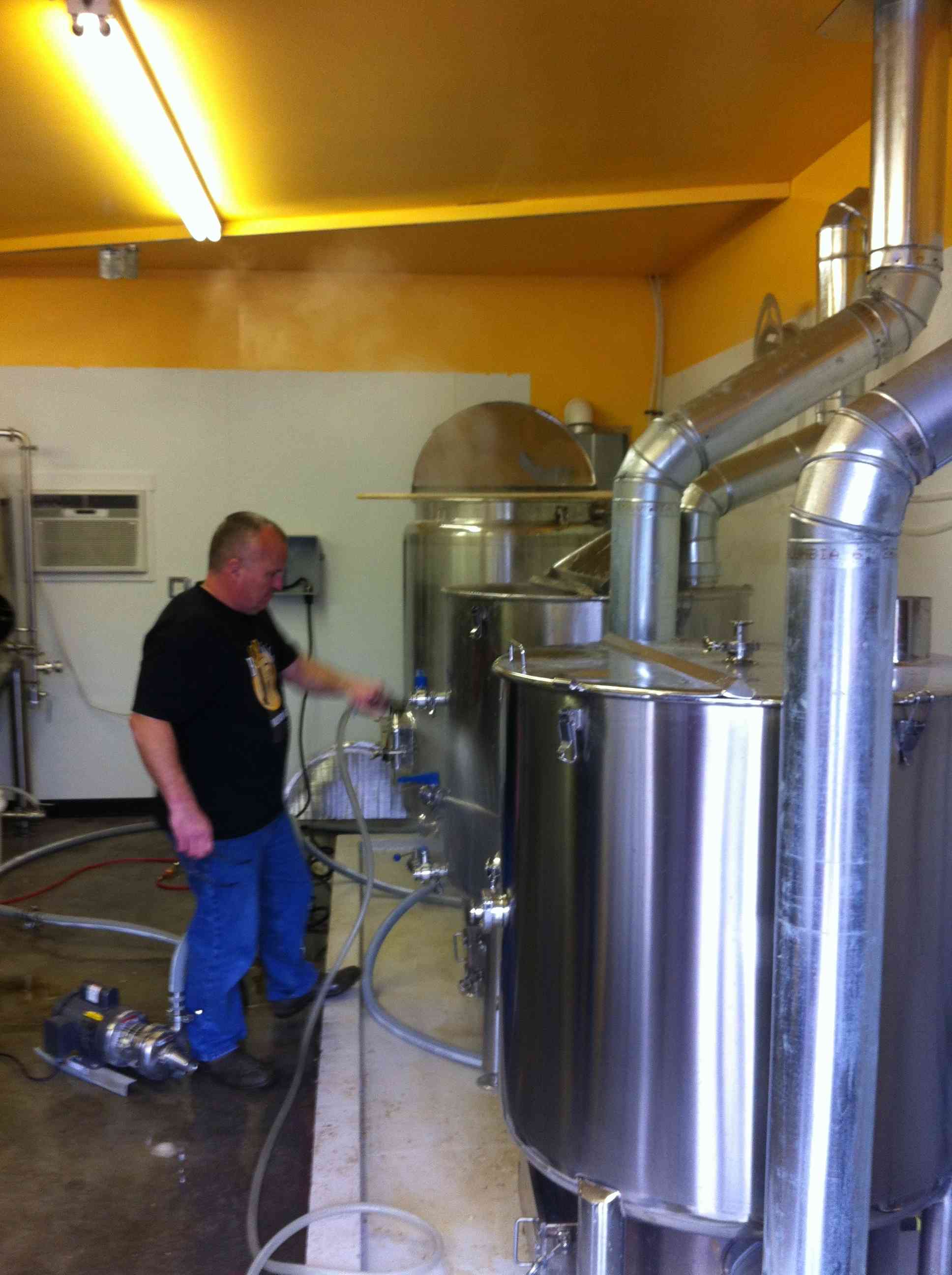 While driving back from Mt. Hood this past Sunday I decided to stop by and get a first hand look at Boring Brewing Co. I first heard about them back in February while at Belmont Station I had a glass of their Hoppy Blonde. It was a crisp, refreshing lighter bodied ale. On my way there I tried using Google Maps to search for the spot, but ended up having to enter the actual address in to get solid directions. They do have a sign out on HWY-212 to take you south for about ¼ mile on SE Richey Road to get you to the brewery. 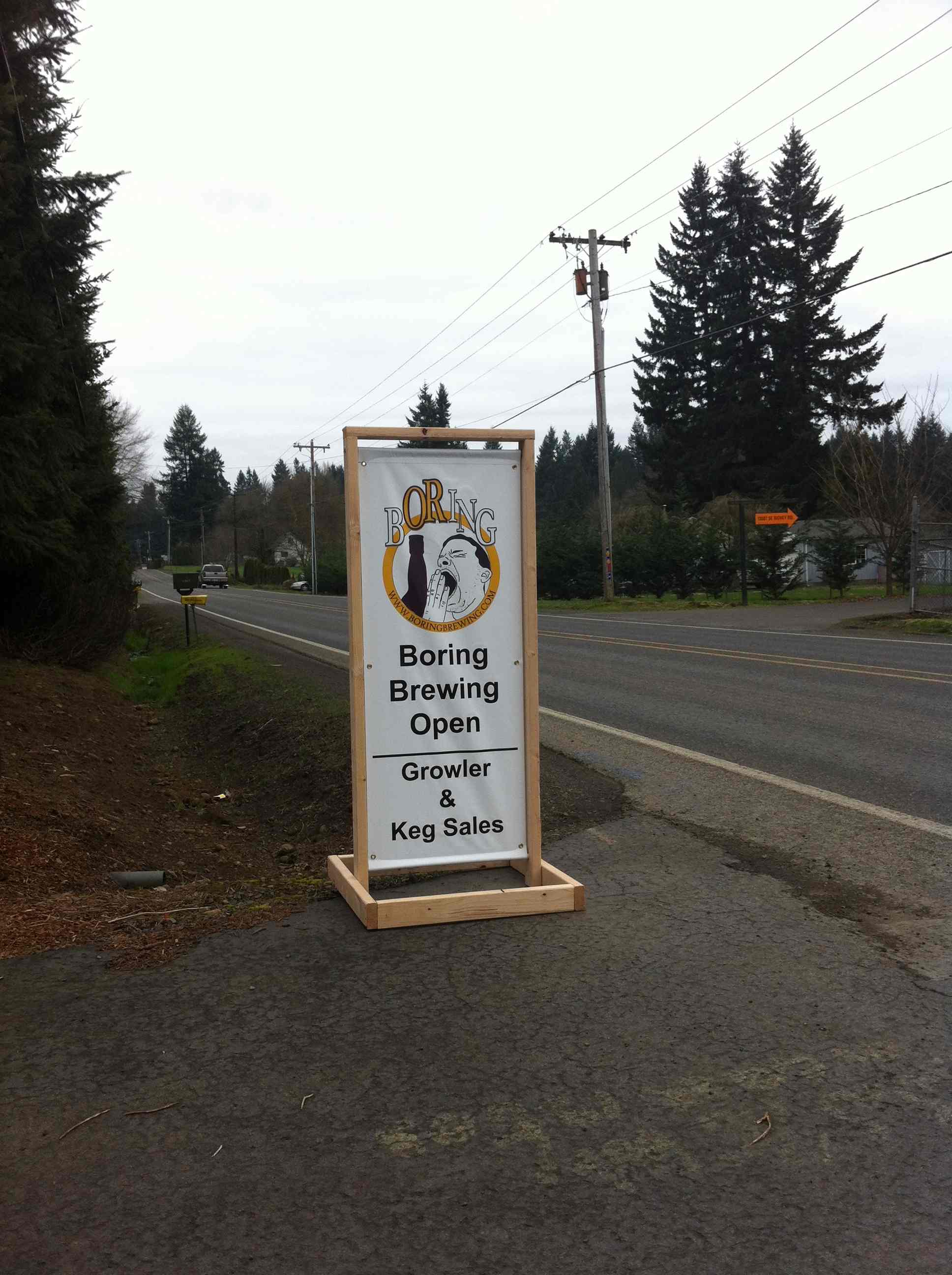 Upon pulling into the driveway I noticed a large barn to the right and some various farm animals roaming to the east of the brewery building. John treats his animals well feeding them some delicious spent grain from the brewery.

On Sunday John was brewing up another batch of Hoppy Blonde. While roaming the brewery I was able to sample the only two beers that were on tap, Boring RyPA and Boring Brown. I enjoyed the RyPA; it had some nice pepper notes to it with a strong hop character. I’m not the biggest fan of brown ales but his Brown was solid for the style. 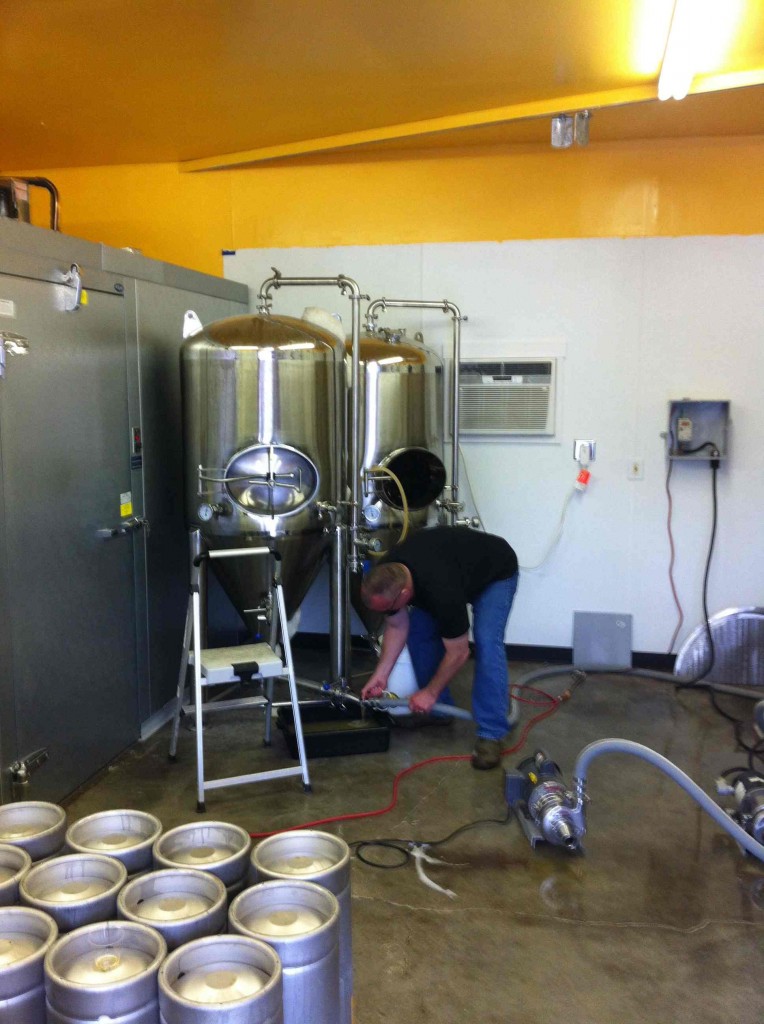 As time progresses, John will expand his style offerings but for the time being his current line up of beers include:

Hoppy Blonde – A light bodied ale with a little bit of hop punch.  This very refreshing beer has some great mouth feel and a nice hop finish to make this an all around great ale. ABV 5.6% IBU 36 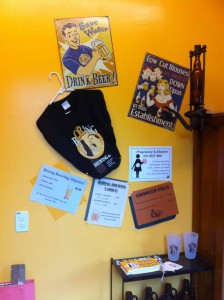 John has been delivering his kegs to a few select beer bars in the Portland area so you may be able to find a pint at Belmont Station, Horse Brass Pub, Bailey’s Taproom, and Sellwood Public House. For those of you closer to Mt. Hood their beer can be found at The Beer Den and The Local Buzz in Sandy, OR.

Boring Brewing Co. will be pouring their beers at a couple of upcoming events over the next few weeks. They’ll be out in Seaside, OR March 15-16 for Pouring At The Coast. Then they’ll be at 19th Annual Spring Beer & Wine Festival at the Oregon Convention Center on March 29-30.  John is also planning a Meet the Brewer night in the near future at Green Dragon.

If you’re driving to or from Mt. Hood and plan on stopping by, it’s best to call ahead or check their Facebook page to see if they’re open.  When so, John will offer you growlers and keg fills to go.

Boring Brewing Co is located at 13503 SE Richey Road, Boring, OR 97009. They currently do not have set open hours so please call ahead at 503-793-1382 or check their Facebook page for more regular updates.