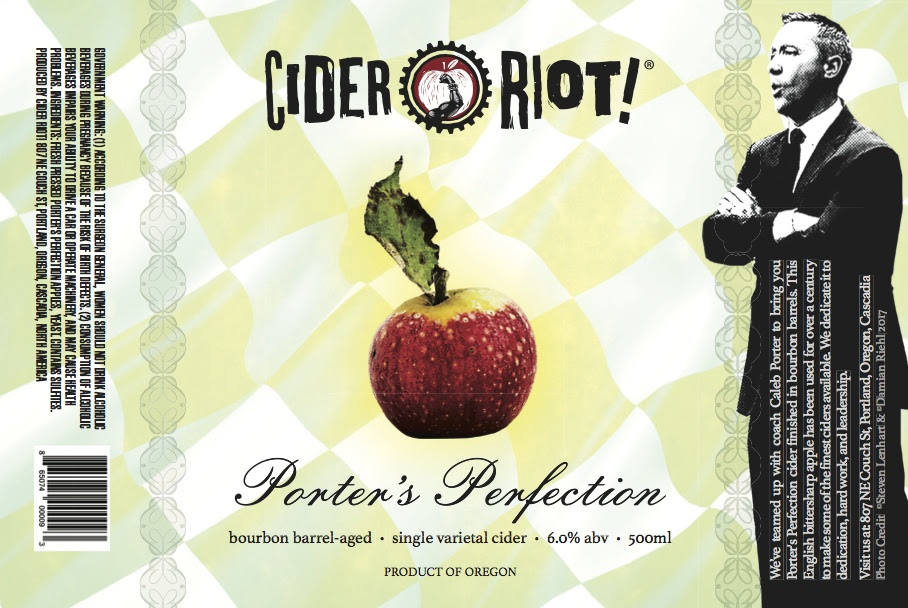 The excitement level is getting high for the Portland Timbers as they enter the MLS Playoffs on Monday, October 30th on the road in Houston. One hour prior to the match, Cider Riot! will release Porter’s Perfection Bourbon-Barrel Aged Single Varietal Cider. This collaboration cider was made with Timbers Head Coach Caleb Porter.

Beginning at 5:30pm Cider Riot! will release this limited cider to the public. With only 34 cases we are sure that this barrel-aged bottle will not last around for very long.

After fermentation, the cider aged for a year, going through malolactic refermentation, and finished up in Woodford Reserve Old Forester Bourbon Barrels. Caleb Porter came by the cidery to help select the final blend on October 20th. We’re confident this cider has the juice to go all the way to the finals. Subtle bourbon and barrel notes complement the tart flavor of this classic bittersharp cider.

Porter’s Perfection will be on draft and available in bottles to go, and the Timbers match will be on in HD.