CLACKAMAS, Ore.—June 1, 2021 — Summer has officially arrived at Portland Cider Co. with the release of two delightful seasonal cider creations: Tangerine Dreamsicle and Pineapple Orange Guava (POG). Inspired by the flavors of summer vacations and sunshine, both ciders will be available on tap at Portland Cider’s two Portland-area pubs this June, and rolling onto retailer shelves throughout the month.

Bright and tangy tangerine juice is swirled together with rich vanilla from Singing Dog Vanilla in Eugene, Oregon, to create a creamy, medium-sweet Tangerine Dreamsicle cider designed to spark nostalgia. The vanilla provides a waffle cone nose and a mellow flavor that balances perfectly with the zesty tangerine. Singing Dog Vanilla is known for its high-quality vanilla, its Fair Trade Plus commitment, and its wide variety of vanilla products—including vanilla-tangerine lip balm.

“Everyone loves an orange creamsicle, and our cider makers are no exception ,” said Helen Lewis, marketing director for Portland Cider Co. “Singing Dog’s vanilla is the richest, most complex vanilla we could find, and marries so well with the tangerine and Northwest apples.”

Passion Orange Guava is tropical and fruity, with tart passion fruit and tangy citrus giving way to luscious, creamy guava that lingers on the palate. The flavors are reminiscent of a tropical vacation, with a flower lei nose and island taste. POG will officially release at a special Luau To-Go event beginning June 18 at Portland Cider’s Clackamas taproom and Portland Cider House on Southeast Hawthorne Boulevard. 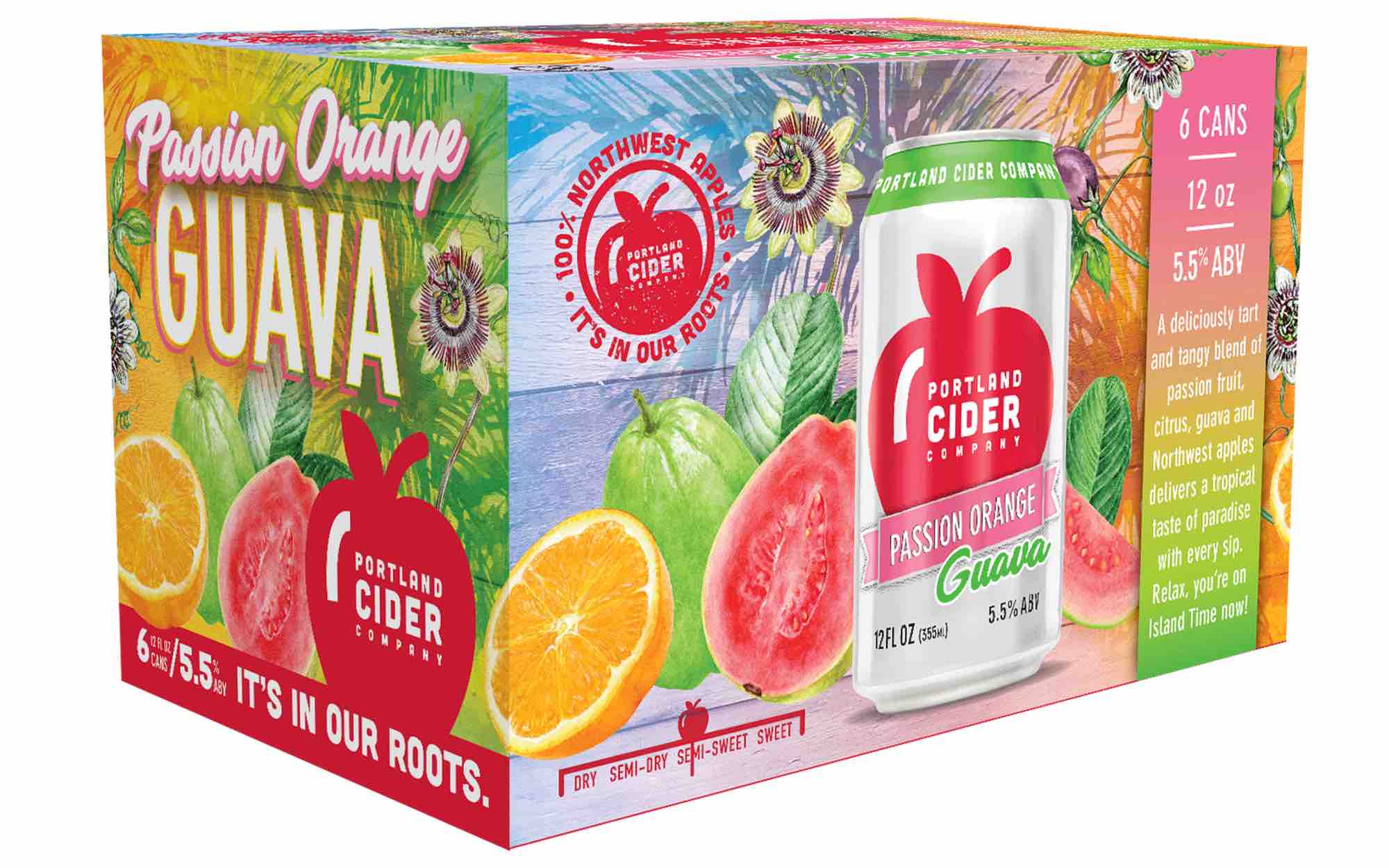 “Bring your own sunglasses for this one,” continued Lewis. “POG is such an iconic tropical combo, and this cider will have you on island time before you know it.”

Tangerine Dreamsicle is now available on tap, or in 19.2 oz “Proper Pint” cans at Portland Cider’s two locations and retailers throughout their distribution footprint in Oregon, Washington and Northern California.

Passion Orange Guava will be available starting June 18 at both locations, and will follow on retailer shelves. For exclusive access to these and other new cider releases, join the Portland Cider Club by June 13th to receive the company’s summer shipment.