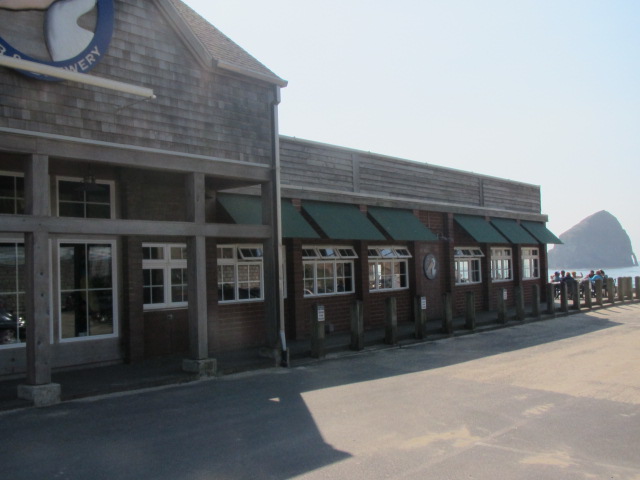 The Pelican Pub & Brewery has partnered with Maletis Beverage to distribute its brands throughout the Greater Portland Metro Area, Salem, and west to the North Oregon Coast, as well as Cowlitz and Clark Counties in Washington.  The Pelican will continue to self-distribute to the Bend area and Corvallis/Eugene.

The Pelican has developed and grown a successful self-distribution network over the last three years, and increased demand has rendered the self-distribution model challenging to maintain.  Recently increasing its brewery capacity to 4,000 barrels annually, the Pelican sees the opportunity to expand its geographic coverage and reach new markets and further penetrate markets in Oregon.

After interviewing various distribution companies for over three months, the Pelican chose to partner with Maletis based on their level of service and professionalism, the reach of their distribution networks, and their commitment to providing fresh, quality product to the customer.

Pelican beer will soon be available in 9 Fred Meyer stores throughout Oregon. Look for Pelican beer in more quality markets in the near future.

The Pelican Pub & Brewery, located 22 miles south of Tillamook on the majestic Oregon Coast, has become a Northwest landmark for craft beer and fine food enthusiasts. The oceanfront facility includes an outdoor patio and banquet room with unobstructed views of Cape Kiwanda and Haystack Rock. Celebrating its 16th year in Pacific City, the Pelican has created countless masterpieces such as Kiwanda Cream Ale, which was named to DRAFT Magazine’s Top 25 Beers in the World of 2008, 2009 and 2010. Other award-winning brews include India Pelican Ale, MacPelican’s Scottish-Style Ale, Tsunami Stout and Doryman’s Dark. The three-time Great American Beer Festival “Brewpub of the Year” winner is open seven days a week, serving breakfast, lunch and dinner. For more information, call 503-965-7007 or visit www.PelicanBrewery.com.

Maletis Beverage is a locally owned business and proud distributor of the highest quality beer, wine, and natural beverage products.  For over 77 years the family-owned wholesaler with 300 dedicated employees has committed to uphold Maletis Beverage’s mission statement: “Leading the industry with quality products, teamwork and customer satisfaction”.