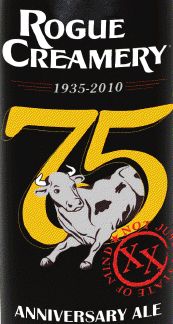 A collaborative effort between Rogue Creamery and Rogue Ales & Spirits – will debut Anniversary Ale at the sold out SAVOR, a unique American craft beer & food tasting experience, on June 3rd in Washington, DC.

This beer commemorates the Rogue Creamery’s 75th Anniversary (1935-2010) and will be paired at SAVOR with Rogue Farms Freedom Cheddar cheese, a cow’s milk cheddar cheese hand-mixed with Freedom hops from the Chatoe Rogue Micro Hopyard in Oregon’s Wigrich Appellation. Whole hop leaves are de-stemmed by hand, steeped in hot water, mixed into the curds and eventually pressed into blocks.

The Rogue Creamery, an artisan cheese company, with “people dedicated to service, sustainability and the art and tradition of making the world’s finest handmade cheese.”

This is not the first time the two Rogues have collaborated – Morimoto Soba Ale Cheddar and Chocolate Stout Cheddar cheeses are currently available nationwide. 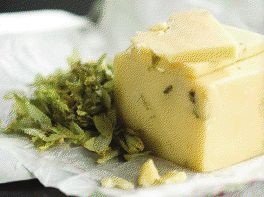