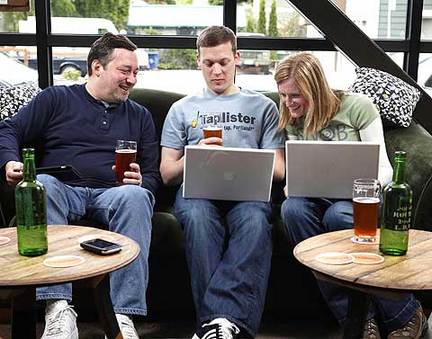 Taplister has recently announced the availability of that latest version of their iPhone application on Apple’s App Store. The app, called “Taplister”, makes it easy to find nearby bars and see what’s on tap, as well as search for specific beers and find out where they are being served. The new version pulls more information about the beers in a tap list from RateBeer.com and adds the ability to view beer ratings and descriptions through an In App upgrade.

Taplister has been working with RateBeer to link beers in its database to additional information about those beers in their database. “Bar staff and patrons can now add beers to a tap list to a bar’s tap list with text completion using beer names from RateBeer” said Ken Baer, Taplister CTO and resident iPhone™ Developer. “As the user types the name, it shows a search list that gets further refined as the user types. Then the user can simply select the name of the beer they want to add, and it will automatically link to the RateBeer data and load it from RateBeer.com. Our tap information is generated by the craft beer community, so we want to make it easy and fun for our users to share tap lists with the rest of the community.”

The free Taplister app shows the beer’s alcohol by volume (ABV), and Beer Style in a bar’s tap list, when available from RateBeer.com. In addition, users can purchase an In App upgrade to see the beers’ RateBeer ratings and commercial description. “Being able to see ratings, style, and ABV at a glance really helps choosing a beer from a large tap list. This will greatly increase the chanced your next beer will be one you love” said Baer.

Additional features include the ability to find where a particular beer is on tap, and to find nearby bars, interact with a map view, and launch Google Maps for turn by turn directions with a single tap. Users can call the bar, visit the bar’s web page, and see descriptions of featured bars.

The Taplister app helps you search for local area bars and beers to find old favorites and discover new ones. It is a free app now available on the App Store. 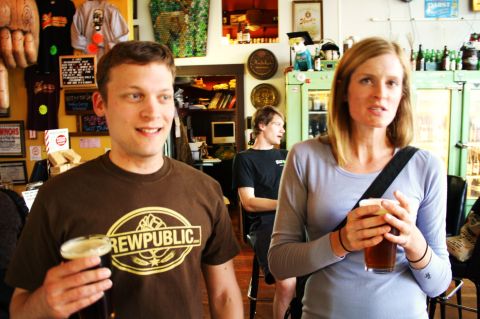 Taplister, founded in 2009 and run by Kerry Finsand and Ken Baer, is a free online service that provides information about what craft beer is on tap at bars in 35 cities around the country. Users can find out what’s on tap on the website Taplister.com and with Taplister’s mobile apps available at apps.taplister.com.

RateBeer.com has one of the world’s largest beer databases, and is the number one craft beer rating websites.