Greetings from the Mongers,

I want to let you all know about two little events we are planning to mark the 3rd Anniversary of The BeerMongers. 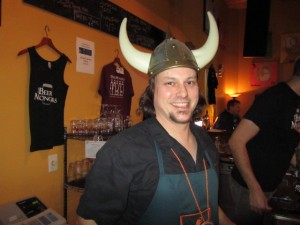 –Tuesday September  4th (12:30-9pm) @Portland U-Brew:  Sam BeerMonger will be brewing the BeerMongers Anniversary beer while Sean hosts an all day Wheat beer class and tasting.  This will be an opportunity for The BeerMongers to showcase one of our favorite local beer businesses and one of the some what neglected beer styles: Wheat beers and Hefeweizen.  Sam will brew a simple American style wheat beer and we will split the batch into 2 or 3 parts.  Later we will serve the straight wheat beer and manipulate the other parts of the batch (ie dry hop or add fruit).  We hope to make this a regular project concentrating on some of our favorite beer styles.  Meanwhile, Sean and the U-Brew guys will be upstairs in the bar and homebrew store tasting various foreign and domestic wheat beers, explaining their ingredients and history.  We hope to have several of our professional and amateur brewer friends join us. 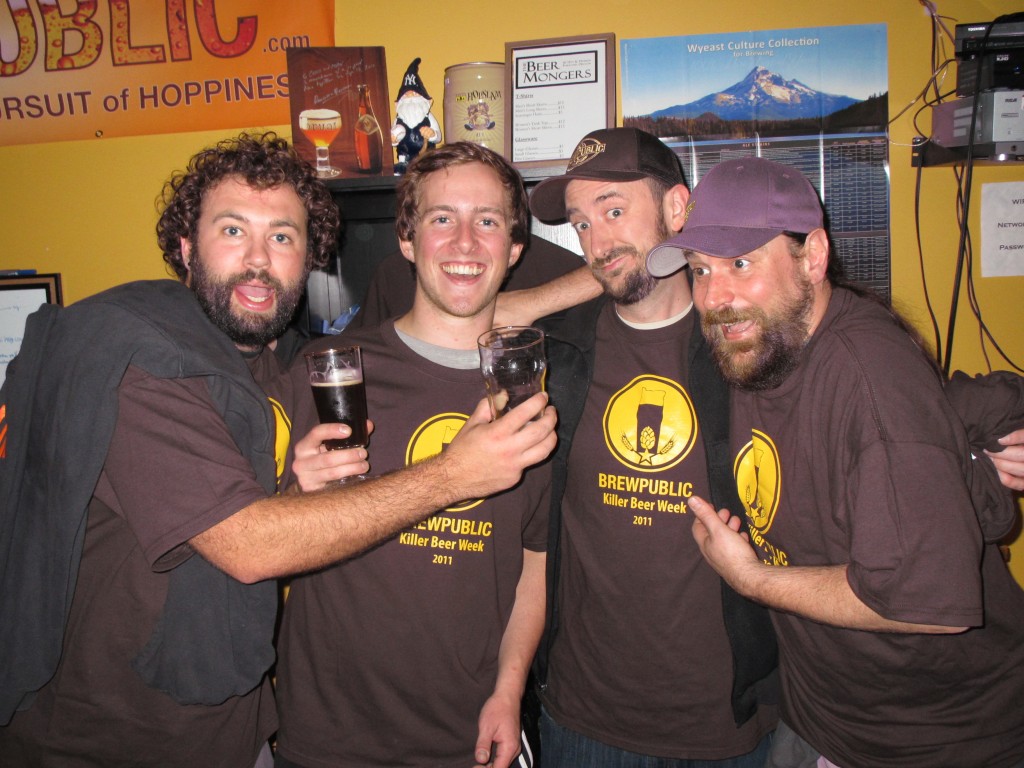 –Wednesday September 5th (5-11pm) @The BeerMongers:  Our official Anniversary will be a gathering of our favorite things: (like an Oprah end of season show) friends, family, food, Portland Timbers and great Oregon beer.  The Timbers were kind enough to arrange a game on our anniversary so we will be showing it on the Big Screen TVs at 6pm.   We will have beer from Upright, Breakside, Burnside, The Commons, Heater Allen and others.  We will sell a limited number of VIP tickets (30).  These tickets are $20 each and include 2 draft beers, a savory pie from our friends at Pacific Pie Company, a guaranteed bar stool for the game and a raffle ticket for the rare beer raffle (only VIPs will get a raffle ticket).  There will also be FREE Belgian waffles after the game.  All are welcome (over 21 only) and entry is FREE.

Thanks for spreading the word and I hope to see some of you at either event.