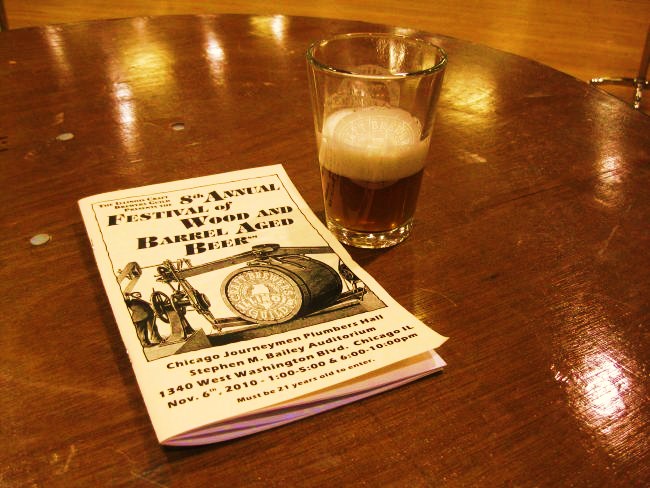 Earlier this month on November 6th the Festival of Wood and Barrel Aged Beer took place in Chicago, Illinois. This fantastic festival put on by the Illinois Craft Brewers Guild is now in its 8th year and has been at its current, more spacious location of the Chicago Journeyman Plumbers’ Local Union hall for the past 3 years. Hey, the place has the most powerful flushing toilets in all of Chicago.

This amazing festival is a dream come true for any aficionado of beers that have been aged on wood. With 158 beers entered, the most ever, this is the largest festival of its kind. Fifty-seven breweries from 21 different states entered their beers into FOBAB, which is both a judging and sampling festival.  The largest state represented was Illinois with 16 breweries but the 2nd highest amount was from California with six breweries. Unfortunately only one brewery from Oregon was present, this being Oakshire Brewing with two beers. Hopefully next year a few more from Oregon will send out their beer to this exceptional festival.

During the morning of the festival sensory judges evaluate all 158 beers and in the afternoon awards are given to the top three beers in each of the 10 different categories. All 10 categories are listed at the end of this post with the winners for each one. Then on top of these individual awards a “Best-of-Show” honor is given out which went to Port Brewing Company/The Lost Abbey of San Marcos, CA with their Red Poppy Ale, a Flanders red-style ale with sour cherries and aged in French oak barrels for one year. Runner up was also from the west with this going to Squatters Pubs & Beers of Salt Lake City, UT for the Fifth Element, farmhouse ale aged in oak with Brettanomyces.

With this being my seventh straight year at the fest I hit the floor with a casual approach to which beers I’d drink that afternoon. With 158 different beers I knew that there was no way to try and close to them all and still be standing for the Brendan Benson concert I went to see that evening. One of my objectives was to sample a few different beers from each of the 10 styles. This was a feat that I was able to accomplish and still be standing more than hours later. 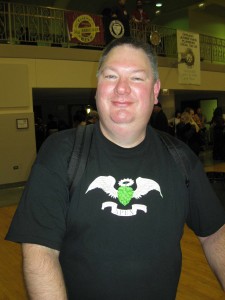 After reviewing the program some of beers that I made a priority to sample were the variations of Goose Island’s famous Bourbon County Stout. They were pouring their 2009 version along with a few others with slight variations. One of the variations was made with Ancho Chili’s that offered up a nice spiciness on the back of the mouth. Another variation was one with Bosque Lya (El Salvador) coffee and this too offered a nice subtle coffee finish to it.

Another beer I was told to try was one from Flossmoor Station called Rosie Pom that ended up wining a gold in the Wild Acidic Beer category. This is said to be a beer that started aging two years ago in white wine barrels with the addition of pomegranates from their former brewer that is now here in Oregon. Mmm, I wonder who this brewer is?! This was a very nice tart beer that I could have had a few more of but wanted to keep with my game plan of sampling a wide array of beers.

Beyond all the dark stouts and porters and the more funky wild beers there were a few barrel aged beers based on a more subtle style of a lighter ale with a lower alcohol content, well that being below 7%. My favorite in this Classic Style was Heavier Handed by Two Brothers. This was an IPA aged in French oak and offered a very nice tasting citrus taste. This was just what I needed at the time to get my palette somewhat back in order.

While on the festival floor I ran into the man that makes a lot of these beers possible, the legendary Tom Griffin. Tom’s the guy that travels the country selling and dropping off bourbon and whiskey barrels at all of our favorite breweries. Tom is such a nice guy, so when you happen to run across him he’s a great one to chat up. And then towards the end of the afternoon I met a fellow drinker named Mike that was recently out in Portland and was wearing a nice Apex shirt. Mike traveled from central Iowa to be at FOBAB.

After an afternoon of drinking all barrel-aged beers the alcohol slowly crept up on me. But this afternoon seeing old friends, meeting new ones and sampling the best in this unique style of beer was definitely worth it and I look forward to next year’s festival.  I’m quite certain a trip back to Chicago will be in the works.

The Festival of Wood and Barrel Aged Beer is held each year in the Near West Side of Chicago on the first Saturday of November.  There are two sessions, an afternoon from 1-5pm and an evening from 6-10pm. 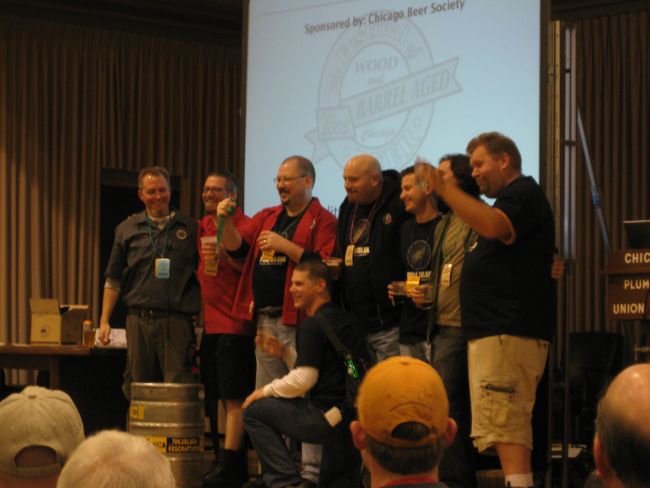