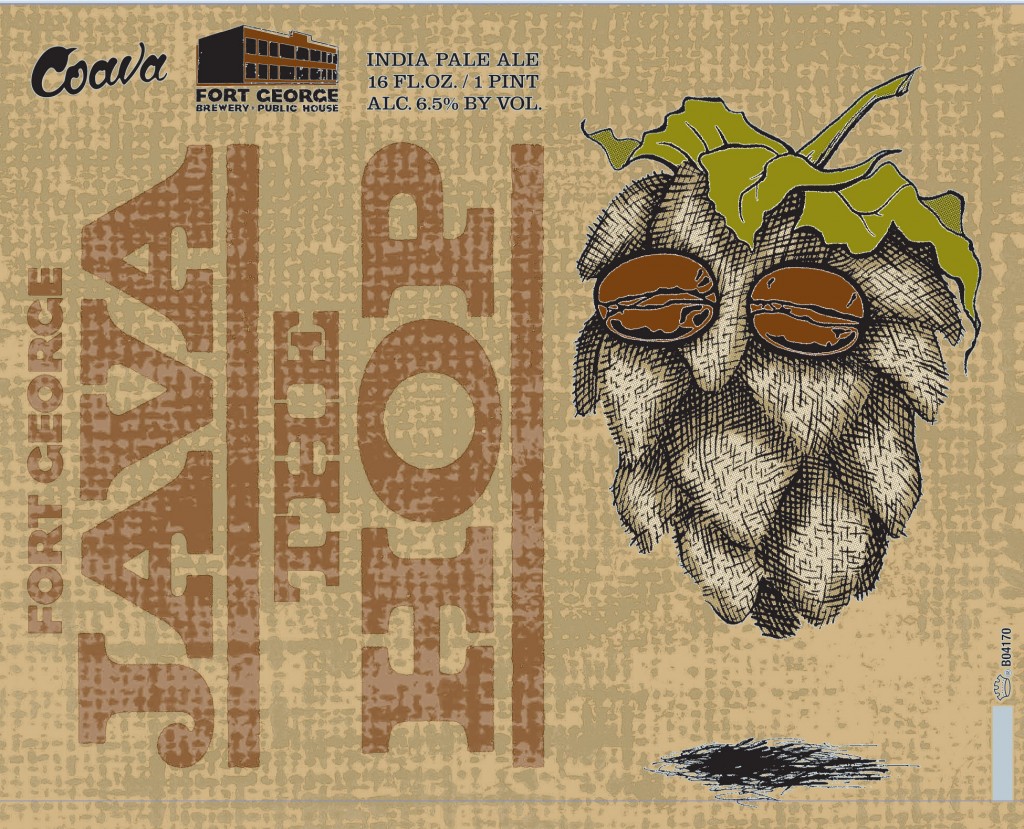 Astoria’s Fort George Brewery is set to release Java the Hop, the latest 16-oz canned seasonal collaboration. This winter seasonal is a single-origin Coffee IPA collaboration with Coava Coffee Roasters of Portland. The beer should be hitting store shelves later this week.

Months ago at a Portland coffee shop near you, Fort George and Coava Coffee Roasters shook hands, shared pints, and joined forces on the latest Fort George 16-oz canned seasonal – Java the Hop.  The focus was on simplicity: find the perfect coffee and hop to blend in an IPA.

Single Bean –  Ethiopian Kochere, locally roasted at Coava Coffee Roasters.  “Kochere is the name of a co-op located in the village of Chalalacktu. The people of Chalalacktu take great pride in their coffee and carefully reinvest the income they make from it into their community,” explains Matt Brown, Director of Wholesale at Coava Coffee Roasters.  “Sweet tea, bergamot, and jam keep us coming back to Kochere as the standard for what an Ethiopian natural process coffee can be.” 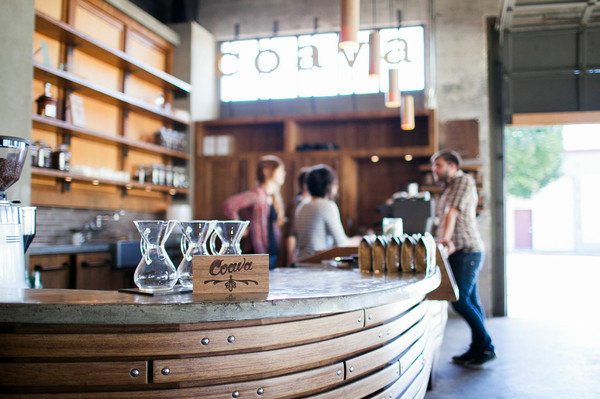 Single Hop – Amarillo from Virgil Gamache Farms.
This variety, grown only in Washington State, gives this IPA a citrusy flavor that pairs perfectly with the fruity notes of lightly roasted Kochere beans. Virgil Gamache Farms is a family owned business, currently in its third generation, and the exclusive producer of Amarillo hops.

Java the Hop is NOT a black, coffee beer.  Whole-beans were added to the fermenters within 24 hours of roasting, capturing all of the aroma while leaving the beer a golden orange.  Amarillos and coffee merged, hoppy with a subtle taste of chocolate (but not on the dark side).  When you raise a pint of Java the Hop to the nose there is absolutely no doubt what you are getting – a coffee IPA.

Join Fort George and Coava Coffee for the Java the Hop Release Party at White Owl Social Club in Portland, January 23rd starting at 6:30pm.  There will be raffle prizes for both coffee and beer lovers, as well as coffee beers and IPAs on tap from Fort George.  Java the Hop is available in 16-oz cans and draft throughout Oregon, Washington and northern Idaho starting January 16th.  This is a limited run, winter collaboration.  For more information go to www.fortgeorgebrewery.com/javathehop.  May the Fort be with you.