Beer & Music
This past year has been an amazing year for Culmination Brewing. A year ago on June 19th, the brewery hosted its Grand Opening in The Bindery Annex Building
Read More 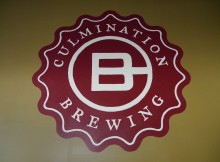 Beer and food
Earlier this year a new brewery founded by Tomas and April Sluiter opened its doors in Northeast Portland at The Bindery Annex Building. This former book bindery has
Read More

Uncategorized
This evening Portland’s newest brewery, Culmination Brewing, will open its doors to show off its new taproom and installed brewhouse from 6:00 to 10:00pm. Even though the brewhouse
Read More