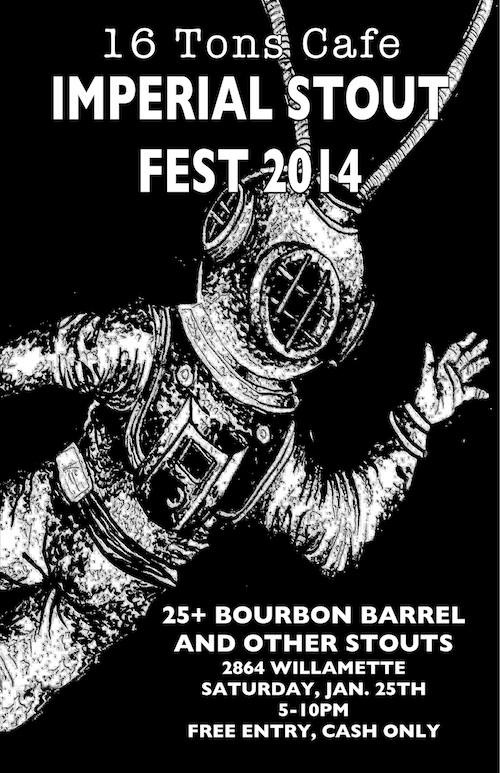 Eugene’s 16 Tons Cafe is at it once again hosting another beer event for the Southern Willamette Valley. This Saturday, January 25th, 16 Tons Cafe will host their 2nd Annual Imperial Stout Fest in Eugene from 5:00 to 10:00pm. If you’re a fan of dark, intense beers this fest will be one for you.

With all of the other upcoming Eugene festivals taking place in early February, Mike Coplin, owner of 16 Tons decided the unleash their 2nd Annual Imperial Stout Fest a bit earlier than anticipated. In the next three weeks Eugene is host to a few beer events with the annual KLCC Fest and the Inaugural Hellshire Barrel-Aged Beer Fest. This festival will offer up nothing but stouts and therefore should be an excellent primer to these other two upcoming events.

Here is some additional info on their 2nd Annual Imperial Stout Fest from 16 Tons:

A few of the featured stouts include:

Entry to 16 Tons Cafe Imperial Stout Fest is free and it will be cash only to purchase your deep, rich stout.