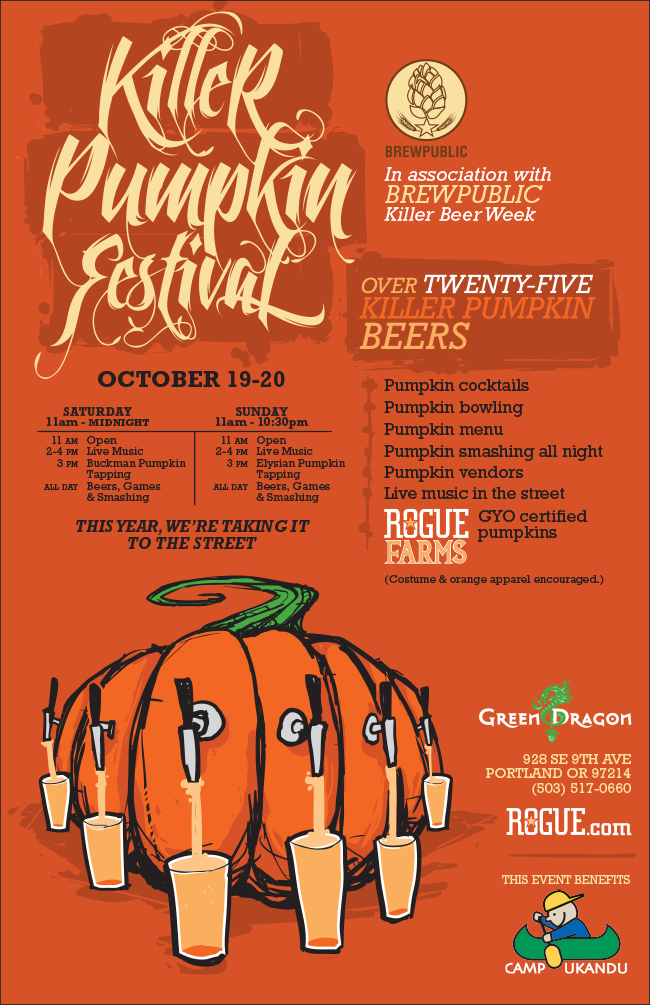 Returning this Saturday and Sunday to Brewpublic’s Killer Beer Week is the highly successful Killer Pumpkin Fest. One of the most successful events during Brewpublic’s Killer Beer Week returns this year bigger, badder and better this year. With over 32 Pumpkin Beers this is one event you do not want to miss this Saturday & Sunday October 19-20, 2013. 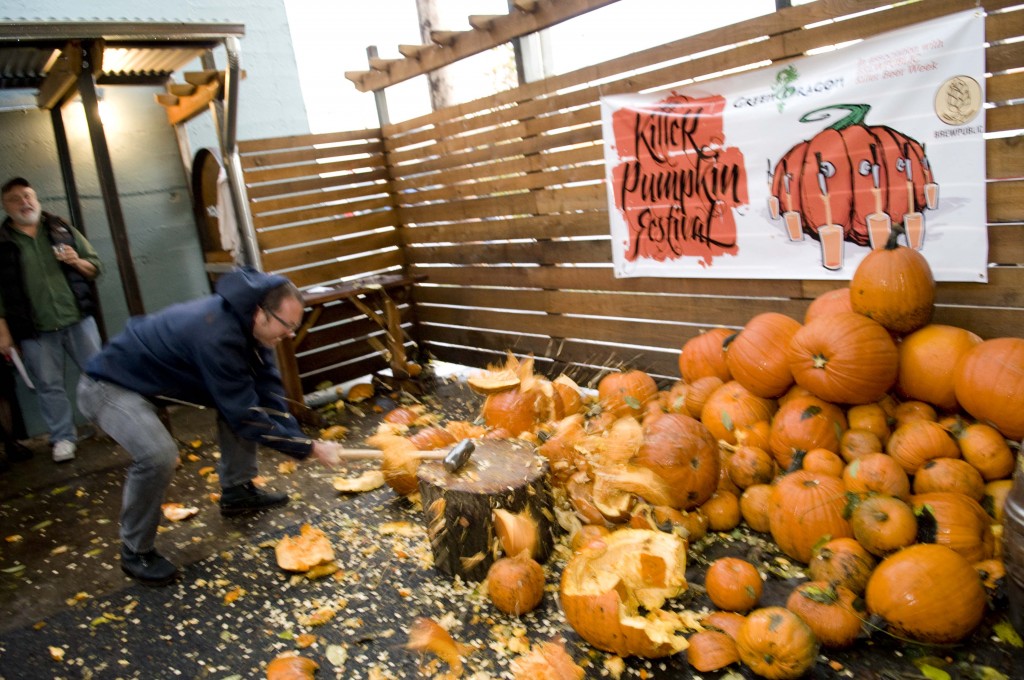 This year’s Killer Pumpkin Fest has an amazing list of pumpkin beers. If you’ re a huge fan or just a novice on pumpkin beers you will definitely want to swing by the Green Dragon on Saturday and Sunday. The tentative beer list consists of the following:

And below are some videos to get you all excited for this weekend’s festivities.

And here is a great video from Laurelwood Brewing showcasing their Pumpkin Ale: