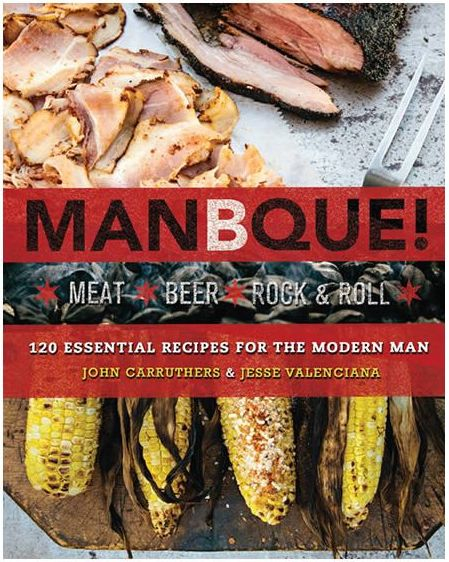 This past fall while traveling in Chicago we stumbled upon a nicely designed sticker attached to a street pole in front of the Cobra Lounge. This sticker happened to be from ManBQue, an local group born out of Chicago’s rock ‘n’ roll community and grown into a global network of DIY grillers, music lovers, craft-beer aficionados, and adventure seekers. 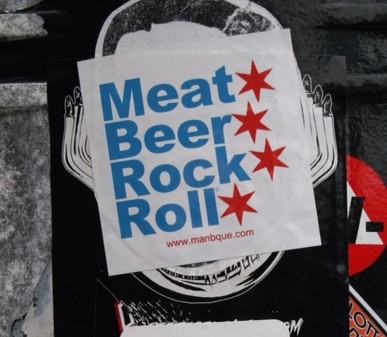 We ended up at the Cobra Lounge after our tour at Goose Island’s Fulton Street Brewery to get some needed lunch with our awesome tour guide Patti Mandel. As we gazed at the sticker she stated that she’s a friend of the two founders of ManBQue and they’d be at the Festival of Wood and Barrel-Aged Beers the next day, our reason for being in Chicago. From Mandel’s enthusiasm from talking about her friends we knew we had to meet these guys.

Fortunately for us we ran into the founders of ManBQue the following day at FOBAB. Jesse Valenciana and John Carruthers were at FOBAB to document the day long barrel aged event on video for their ManBQue website. Well that and to sample the many different barrel aged treats at the festival. And for those of you that have never been to FOBAB its top notch! (Tickets for 2014 FOBAB go on-sale on August 25th at 8am Pacific)

Through the years the group has cataloged many of their growing and evolving recipes.  Now 120 of these essential grilling recipes are available in their new cookbook, ManBQue: Meat. Beer. Rock and Roll. This cookbook is a great addition for both the experienced griller and the newbie.

The book itself is well written with easy to follow recipes along with great accompanying photographs. This layout offers some great basic knowledge when it comes to satisfying the carnivores in your life.

ManBQue: Meat. Beer. Rock and Roll. begins with the basics of meat: how to grind, assemble, and grill a perfect burger and how to season, sear, and rest a perfect strip steak. The book then goes into slow roasting BBQ and beautifully handmade encased meats. From there many pages are devoted to cooking the perfect taste tempting wings.

The book also covers grilling to produce some mouth-watering sandwiches, tacos and steaks. Then there is some info on some of the fringe side of BBQ such as pig tongues, beef hearts and snails. But the one we truly want to try is the Meat Shots and Bacon Bloody Mary recipe, cant wait to try that one!

For those that may be wondering about the correct beverage at every grillers side, beer, there are plenty of beer suggestions and pairings to make sure you know which beer will pair quite well at your next outdoor grilling party. 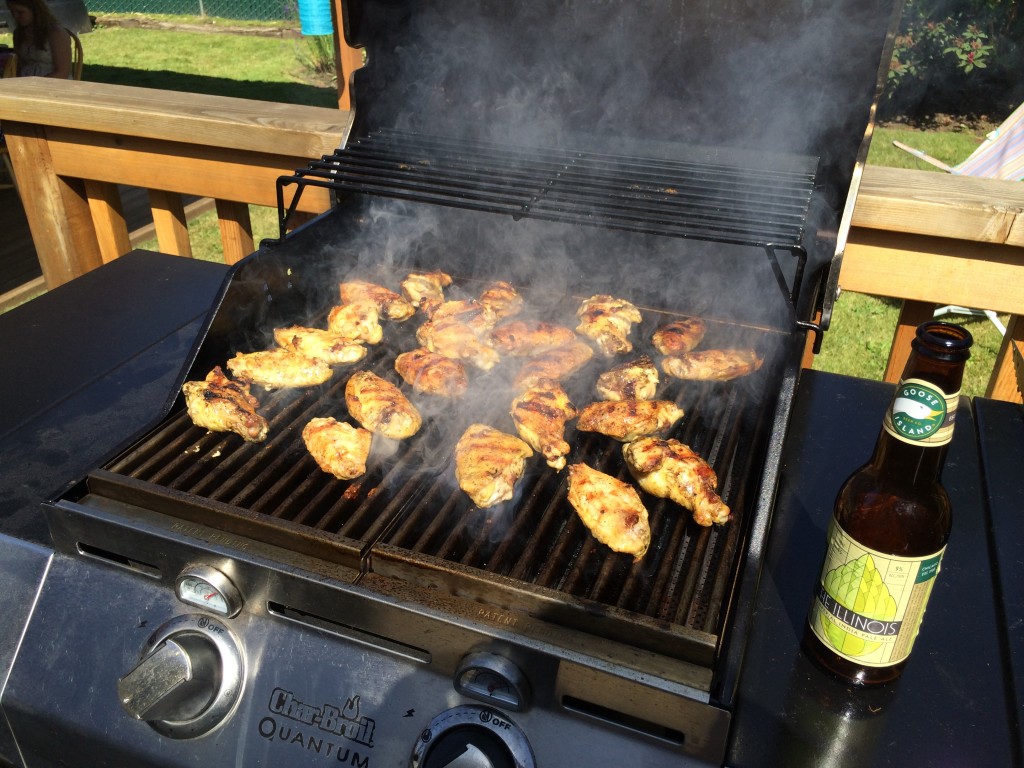 The recipe that we recently made was for an outdoor cookout was their Honey Curry Wings that was created by John Scholl, one of ManBQue’s manly contributors. We chose this recipe mainly on the enticing description and the ease to make. The sauce for these wings consisted of yellow mustard, honey, butter and yellow curry powder. The taste of this sauce was amazing! You then add a couple dozen of grilled chicken wings and toss them in a large bowl. What results is an instant crowd favorite. 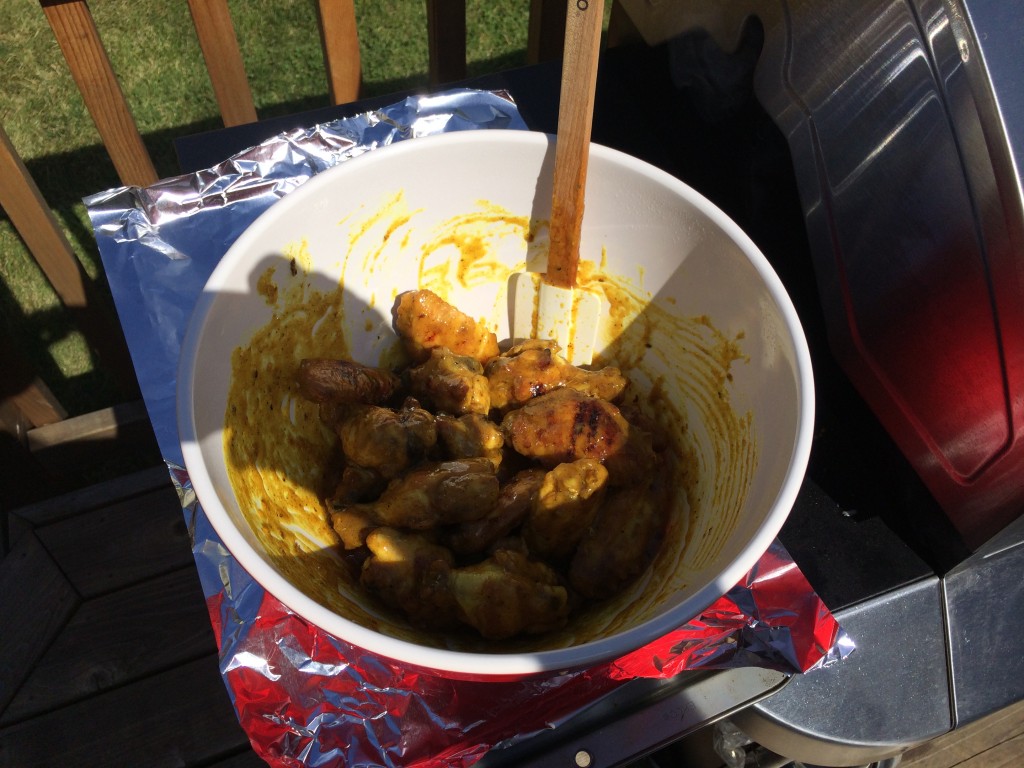 ManBQue: Meat. Beer. Rock and Roll., a 256 page paperback cookbook from John Carruthers and Jesse Valenciana, is available at select bookstores and online. We cannot recommend this cookbook enough, especially for the summer BBQ season!