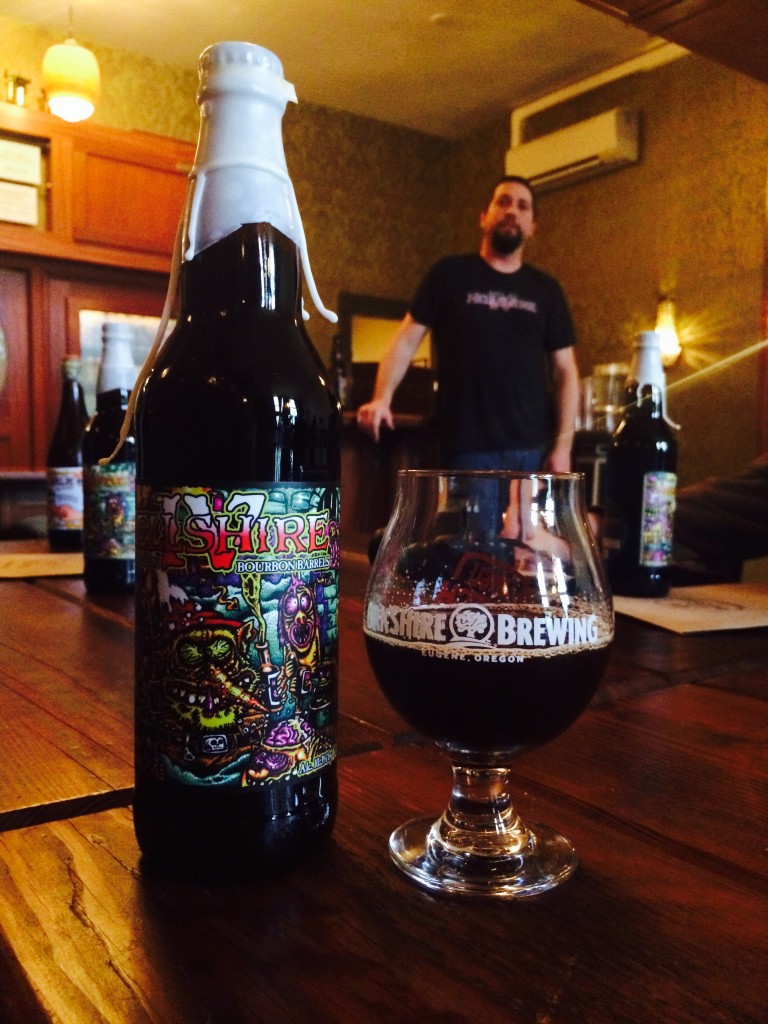 On Saturday during Oregon’s Zwickelmania, Oakshire Brewing will release their latest barrel aged beer in their Hellshire series, Hellshire IV. This release will take place only at their Public House in Eugene. There will only be 120 cases available for sale beginning at 11:00am. Cost is $15 per bottle with a 6 bottle limit per person.

Expectations are high for this years Hellshire IV. This past year Hellshire III, a single-batch foreign-style stout aged for almost a year in Kentucky bourbon barrels, won the Gold Medal at the 2013 Great American Beer Festival in the Wood and Barrel Aged Beer category. So what is in store for this year’s version?

Earlier this week on Februrary 11th, Hellshire IV was bottled and hand wax dipped. This also happened to be the day that we were able to sample this year’s version. Prior to this bottling, Oakshire’s Brewmaster, Matt Van Wyk and his brewing team sampled many various beers that have been resting in wood barrels over the course of the past year. This blend consists of 4 different beers. Van Wyk said “This year we went into our barrel cellar and put together a blend of 3 different beers matured in bourbon and brandy barrels and made a blend that we really like. We started with Very Ill Tempered Gnome as the base and made something akin to an Old Ale or Barleywine.” 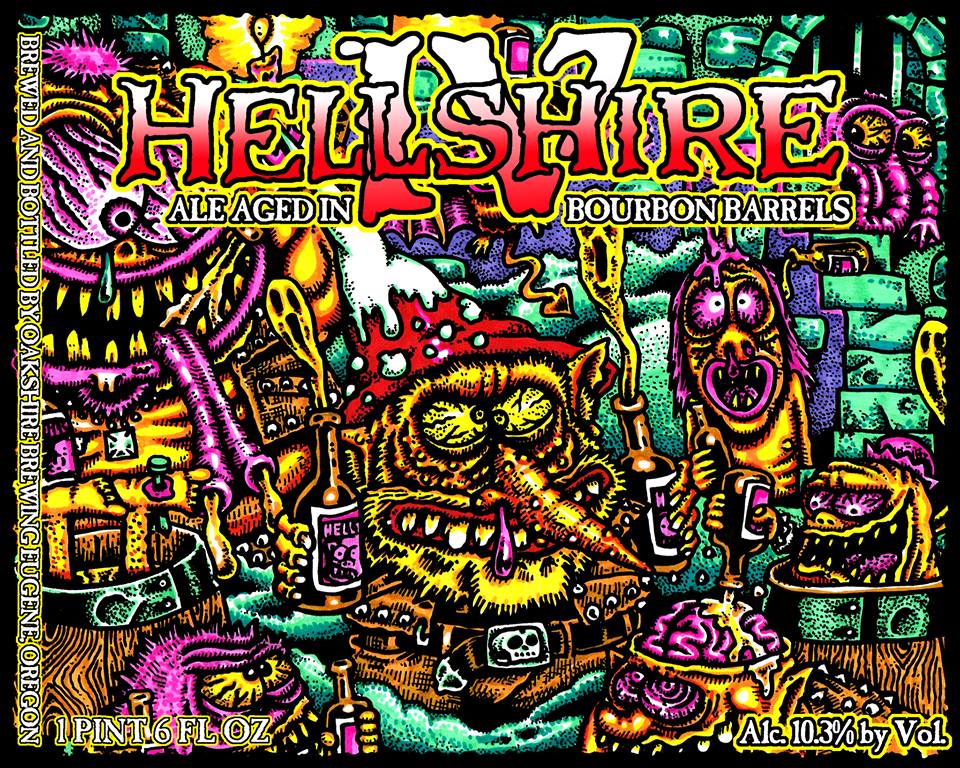 So what should one expect with this year’s Hellshire IV? At 10.3% ABV, the alcohol is not overwhelming upfront for a recently pulled from the barrel beer. It’s one you can definitely drink now or cellar for a few additional years. There is a slight amount of sweet booziness at the front but not in an overwhelming fashion. From there it melds into some nice, rich pleasant chocolate notes. The alcohol content is well hidden. This should pair well with a Gorgonzola or a soft Blue Cheese.

As with the previous 3 versions of Hellshire, the label artwork was once again done by current Portland based artist Sean Aaberg. Once again the 22oz bottles of Hellshire IV are wax dipped. But what is nice is that Oakshire added a nice wax tie rip under the bottle cap for an easier and less messy opening of the bottle.

To celebrate this release and the craft of barrel-aging, Oakshire will host Hellshire Day & Barrel-Aged Beer Fest at its Public House, on Madison Street in Eugene. You can read more about the festival and taplist here.  The beer festival will include offerings from Oakshire’s barrel-aging cellar, as well as over three dozens of barrel-aged beers from breweries around the country. Entry fee will be $15 which includes a Teku commemorative Hellshire IV tasting glass and five tokens (with additional tokens available for purchase). The fest will run from 11:00am to 9:00pm inside their Public House and outside under tents in case we received some of that Oregon liquid sunshine.