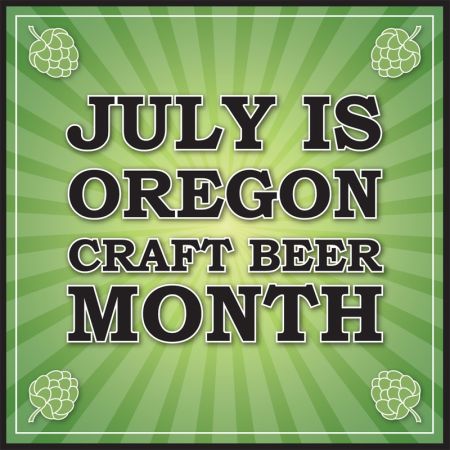 Summer seemed to have just sneaked up on us here in the Pacific Northwest, but at last, it is upon us. Now, with the beginning of July, we welcome Oregon Craft Beer Month, the mother of all festive beer seasons in our great state.

You can just feel the excitement in the air (or is that a thing called sunshine?). Beginning today, July 1, a statewide celebration is underway, and not just a meaningless tooting of the horn, no. Over the past year Oregon, along with the rest of the country (but in an even more amplified manner) has soared to new heights craft beer-wise. A recent press release from the Oregon Brewers Guild details just how awesome the past year has been here in the Beaver State: 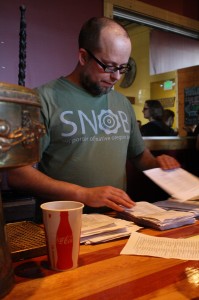 PORTLAND, Ore. (June 29, 2011) – The Oregon Brewers Guild announced today that Oregon’s breweries crafted 1,085,000 barrels (or roughly 270 million pints) of beer during 2010, a 3.5 percent increase from the previous year. Roughly 14.4 percent of the 2.7 million barrels of all beer – both bottled and draft – consumed in the state were made in Oregon. This is the highest for any state in the United States and was a 16 percent increase from 2009.

“Our industry made impressive gains in 2010 – especially in the amount of beer made in Oregon that was consumed in Oregon,” said Brian Butenschoen, Executive Director of the Oregon Brewers Guild. “The economic impact of the brewing industry is felt beyond just the breweries.  A strong production year supports local businesses supplying the industry, including barley growers, hop farmers, yeast ranchers and glass producers.”

In addition, Oregon’s 81 brewing companies donated product and money equal to more than $1.23 million to local non-profits in 2010. Retail sales of Oregon-made beer sold in the state totaled approximately $235 million in 2010. In total, the brewing industry contributes $2.44 billion to the state’s economy. Despite overall weak employment figures for the year in Oregon, the state’s brewing companies added 200 jobs in 2010 and directly employed more than 4,900 people.

Portland, Oregon currently has 40 breweries within its city limits, more than any other city in the world. The state of Oregon has 91 brewing companies operating 121 brewing facilities in 50 cities.

About the Oregon Brewers Guild:
The Oregon Brewers Guild is Oregon’s non-profit trade association for the state’s independent breweries. The Guild, which receives no state funding, comprises 75 brewing companies, 40 associate or supplier members and more than 2,900 enthusiast members or S.N.O.B.s (Supporters of Native Oregon Beer). For more information, see www.oregonbeer.org.