For those of you out in the western suburbs of Portland please join Orenco Taphouse tonight at 5:30 PM when they tap a very special keg on behalf of our leader here at Brewpublic, Angelo De Ieso II. For those who don’t know him, he is Portland’s “Ambassador of Beer”, and head blogger here at “Brewpublic”. Angelo was recently diagnosed with a brain tumor (determined benign), and after an extended stay in the hospital has amassed some overwhelming medical bills.

Orenco Taphouse will be tapping a keg of Gigantic Brewing’s “Mervyn’s 24-Hour Sale” their 9% bourbon-barrel-aged 2012 Black Friday Imperial CDA, with ALL proceeds going towards Angelo’s medical expenses. Please help us give back to someone who’s done so much for the industry we all love! 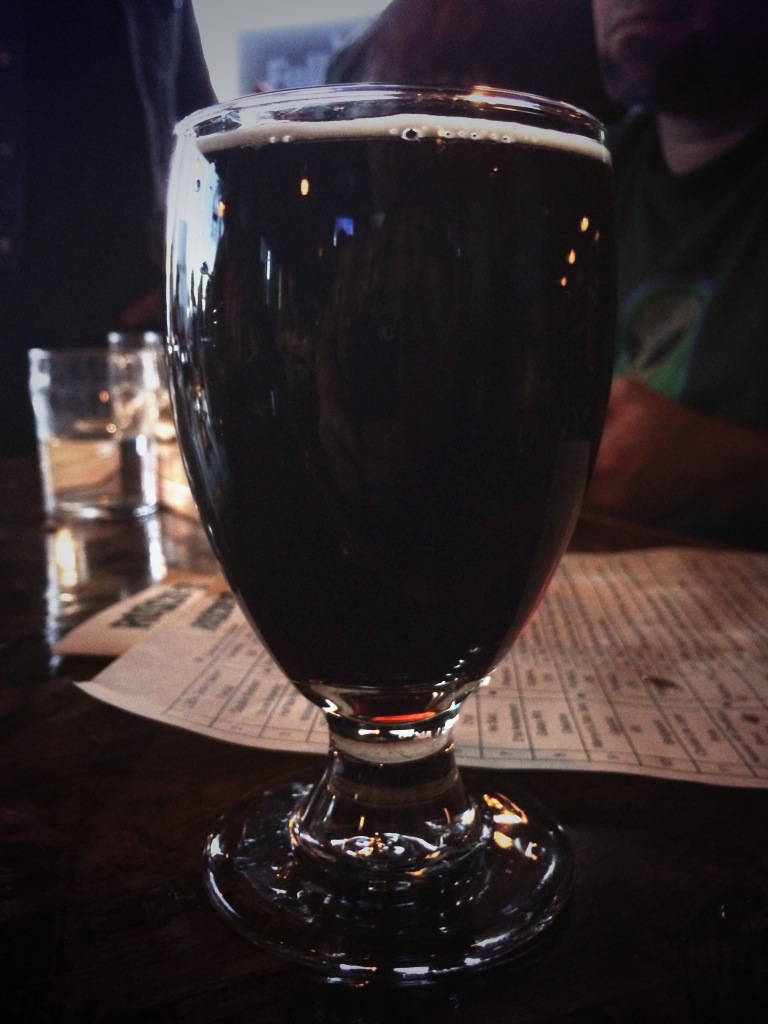 We were fortunate enough to try the “Mervyn’s 24-Hour Sale” this past Friday at Roscoe’s KillerBeerSummit and this beer is one to seek out for fans of bourbon barrel aged beers. So please make your way to Orenco Taphouse tonight and help support Brewpublic’s Angelo De Ieso.

A big thank you goes out to Dirk and Tammy at Orenco Taphouse and Ben and Van at Gigantic Brewing for stepping up to make this event happen!