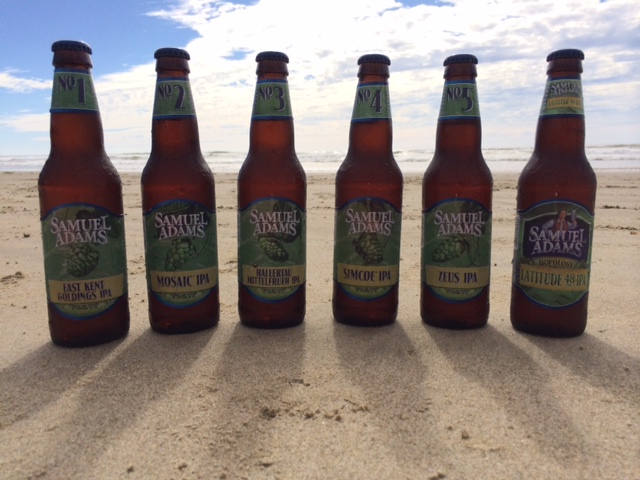 As with a majority of the craft brewers slugging it out for their share of the craft beer marketplace, the style of beer that continues to have the strongest demand is the IPA category. This demand is very evident with all of the new hop varieties that are being planted and even developed here in Oregon at Oregon State University.

Many of these IPAs are brewed with a blend of various hops to produce an aroma and flavor that can truly delight your senses. But what happens when you drink a beer that contains 5 different hops and then offers up each hop in its very own single hop format?

Samuel Adams has done this once again with its Latitude 48 IPA Deconstructed 12 Pack. This variety pack features the final Latitude 48 IPA with its blend of East Kent Golding, Mosaic, Hallertau Mittelfrueh, Simcoe and Zeus hops along with a single hop varieties of each of these five hops.

We had a tasting panel that recently gathered along the Oregon Coast to sample all 5 single hop beers and then the final blended version, Latitude 48 IPA. The panel consisted of myself, Matt Van Wyk of Oakshire Brewing and SNOB Ritch from Behind the Pint. All of the single hop bottles are labeled in sequential order, No. 1 through No. 5. 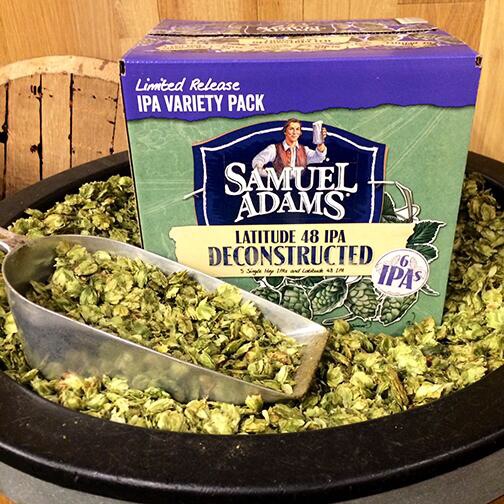 No. 1 East Kent Golding IPA
Our first bottle that we opened was one that reminded us as an old English style IPA. SNOB Ritch felt that it was sweeter than Bridgeport IPA and felt the bitterness of the hops. Van Wyk ‘s first impression was noticeable oxidation in the pour. I felt that it was on the low end of the scale on hops and bitterness for an IPA.

No. 2 Mosaic IPA
Mosaics are a hop that I normally enjoy and this one did not let me down. However the hop profile seemed closer to a Pale Ale than that of an IPA. Van Wyk noted another similar oxidation and a high malt profile.

No. 3 Hallertau Mittelfrueh IPA
SNOB Ritch felt this one was his favorite of the single hop beers. He noted that it was less sweet than the other four. He also wondered if this is one of the hops in their signature Boston Lager. And upon further research he was correct. We all felt that this one was the most flavorful of the five single hop beers. Van Wyk appreciated the dry, spicy notes from this one.

No. 4 Simcoe IPA
This one was the least malty of the bunch. SNOB Ritch noted hints of onion from the Simcoe hops. I got a bit of grapefruit and pine notes.

No. 5 Zeus IPA
I felt that this was the driest of the five. SNOB Ritch noticed more hop aroma. Van Wyk interjected that this is a higher alpha hop so in turn it has a more noticeable hop profile. We then all agreed on that assessment. 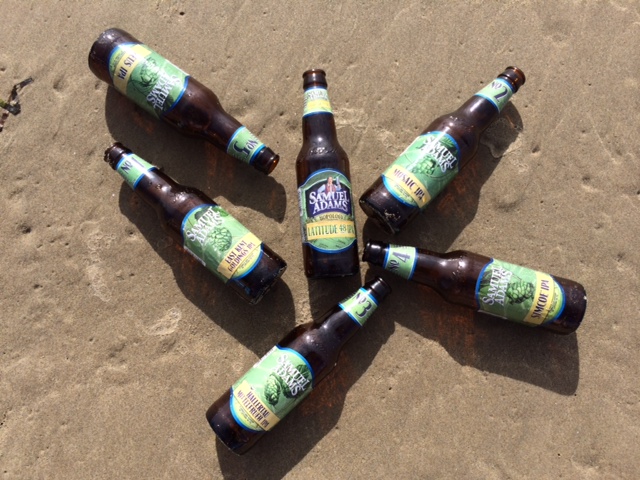 Maybe it was our West Coast IPA bias but none of the six beers stood out prominently on their own right. The Latitude 48 IPA in all is a solid IPA but one on the lower spectrum of modern day IPAs. Van Wyk strongly felt that “They needed to lower the specialty malt content to allow the single hops to shine thru”.

We do appreciate the fact that Samuel Adams took the initiative to release this single hop multi pack once again. This is an excellent way for one to explore the various hops that are available and do your own research on which ones you find the best. And with two bottles each this also allows for you to conduct your own blends to decide which hops you prefer most.