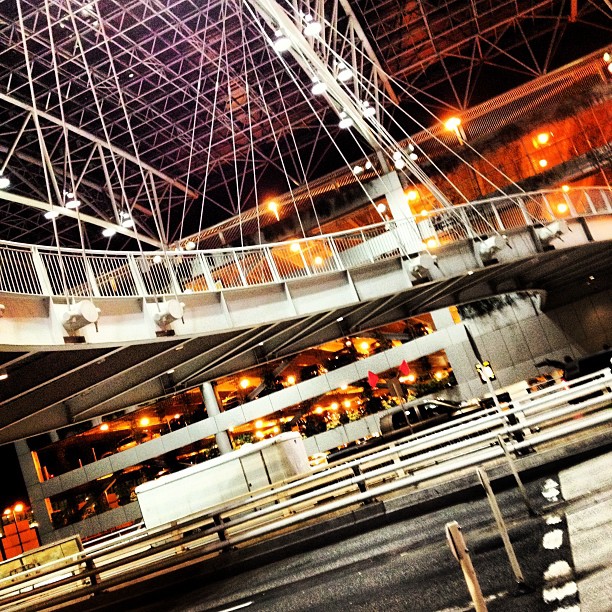 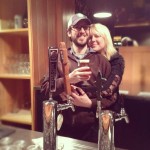 Instagram is a free photo sharing program launched in October 2010 that allows users to take a photo, apply a digital filter to it, and then share it on a variety of social networking services, including Instagram’s own.[*]

The Beer Wench is none other than Brewpublic’s favorite comRAD blogger, Ashley V Routson. Here we have a pictorial recount of the past weekend that was certainly not to be forgotten.

Ashley made it to Portland after a bit in the airport laid over in San Francisco. A short stay in Beervana couldn’t have passed by more quickly. Fun, craft beer, and relaxing. Lots of beers at By The Bottle in Vancouver, WA, no doubt. Check out these awesome Instagram pics! 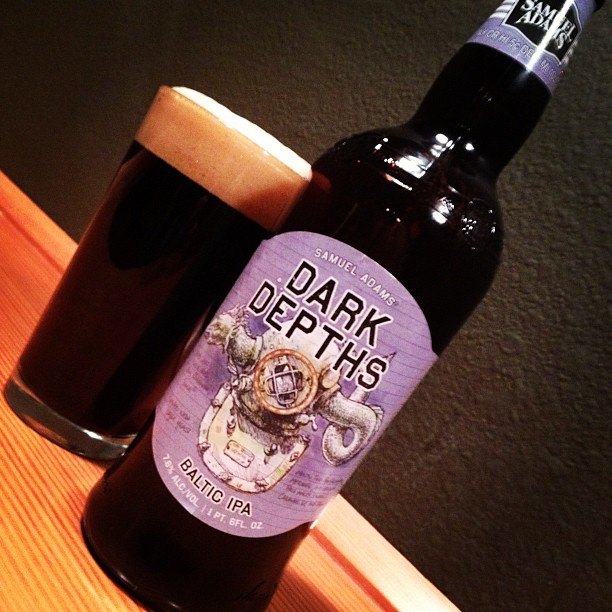 Sampling of some new brews was in order. So, why not try a few great one-off offerings from Boston Beer Company. Dark Depths Baltic IPA was a nice hybrid brew that melded worlds of Baltic Porter lager beer and Cascadian Dark Ale (that’s Californian for  “black IPA” for those not in the know yet).

Turns out, Sam Adams has a few interesting craft specialties out right now including a blonde barleywine and an amber IPA.

Cider was flowing like a river. Ashley wanted to delve into some Ohioan apple goods. Angry Orchard was a wise decision. Full and natural fruit flavor represented this flavorful craft brew. 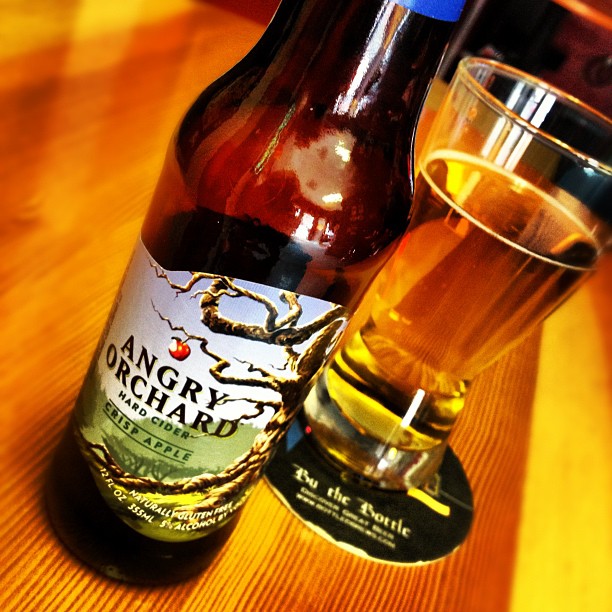 Mendocino Bock Beer is a wonderment in the art of bold yet quaff-worthy liquid refreshment. Many emboldened lager beers are much too malt-ridden and sweetly. Ukiah, CA’s Meno Bock drops balance in the equation and is a truly classy taster. 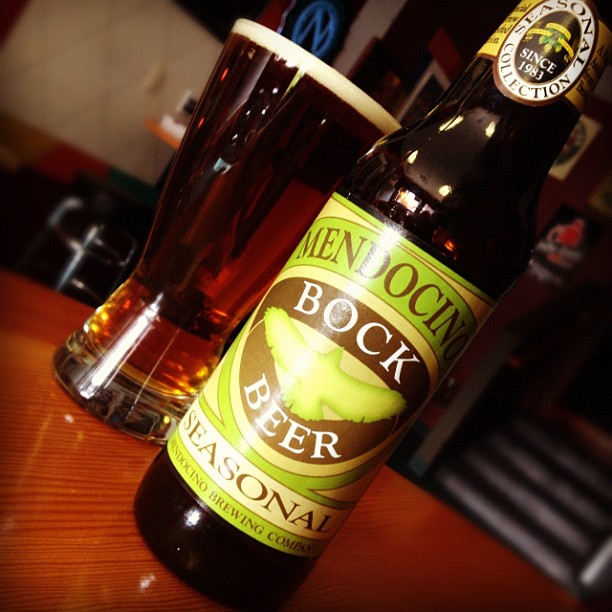 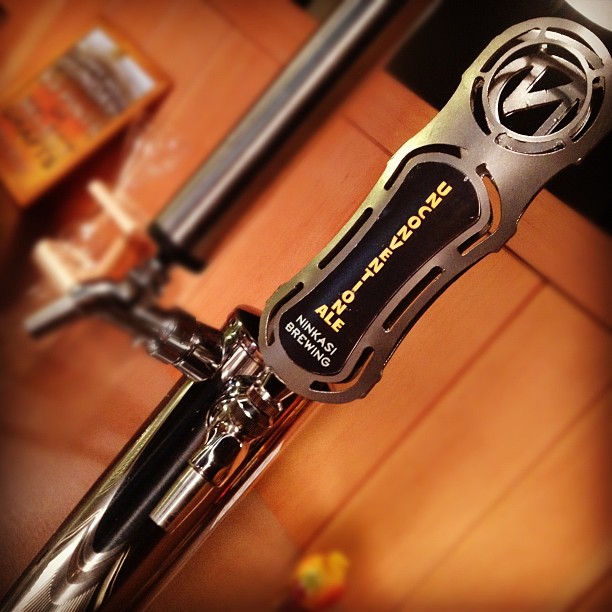 A keg of Ninkasi UnconventionAle came to light at By The Bottle. An bold stout that features lavender, tarragon, and heather, this sweet botanically enhanced recipe will be pouring for a limited time. 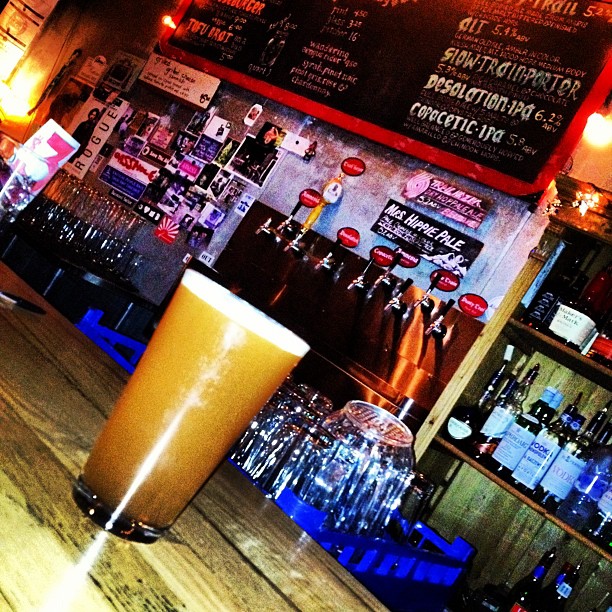 No weekend is truly complete without hitting up some North/Northeast Portland craft beer favorites like Breakside Brewery and/or Amnesia Brewing. At Breakside you can most always find their bomb-ass IPA. And there’s no shortage of dynamic one-offs (have you realized that Brewpublic lives for one-offs?!) like a recently unleashed Bourbon barrel-aged Belgian-style Tripel. This brew was a bit favorable toward the oaken notes over the subtle bourbonness. 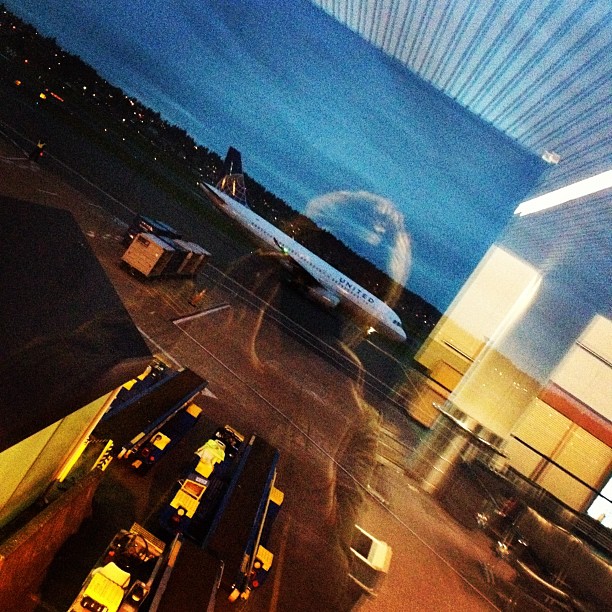 So Ashley missed her flight back to The San Francisco Bay Area, but at least it lead to her getting down with some of the aforementioned Copacetic. We drank tea throughout the day and even enjoyed some tasty vittles at Mint Tea in Vancouver, WA. 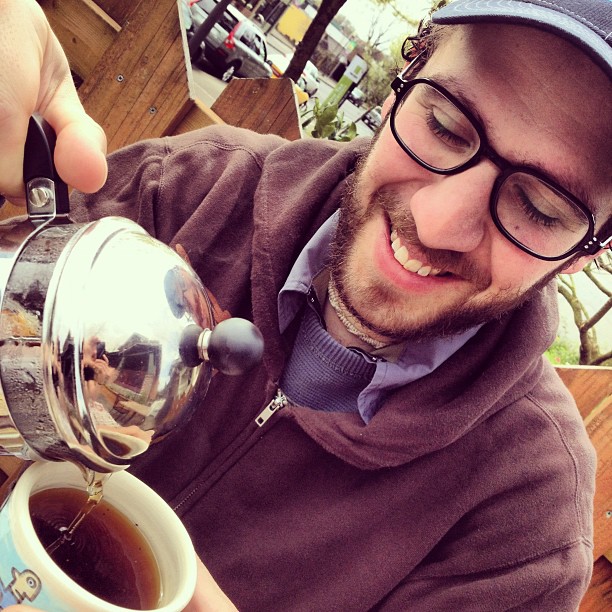 So The Beer Wench can maybe capture a worthy profile pic or two… These exclusive pics were taken with permission from the royal Wench herself (xo!). We enjoyed a tasty tofu scramble at Mint Tea before exploring our warm early spring day together. 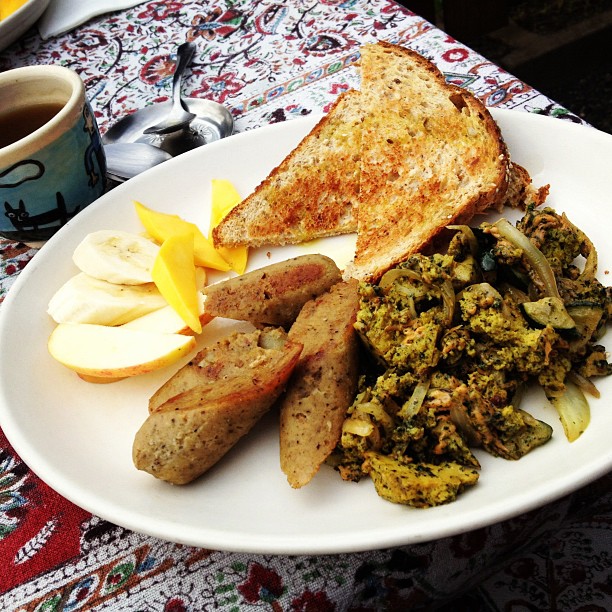 The weekend was highlighted by lots of craft beer loving friends that we like to refer to as our “Brewpublic.” Great to see you, Wenchie. You are missed already. See ya soon! 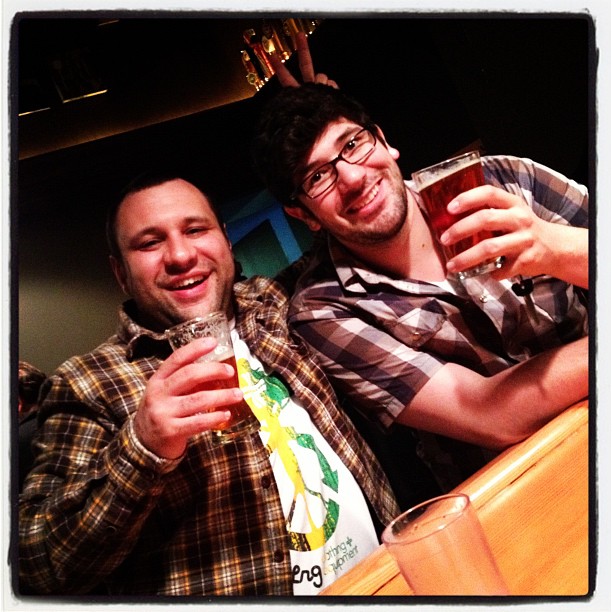 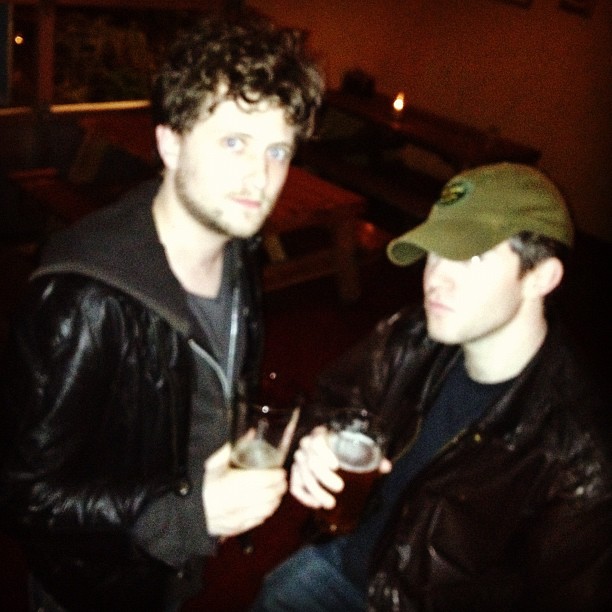