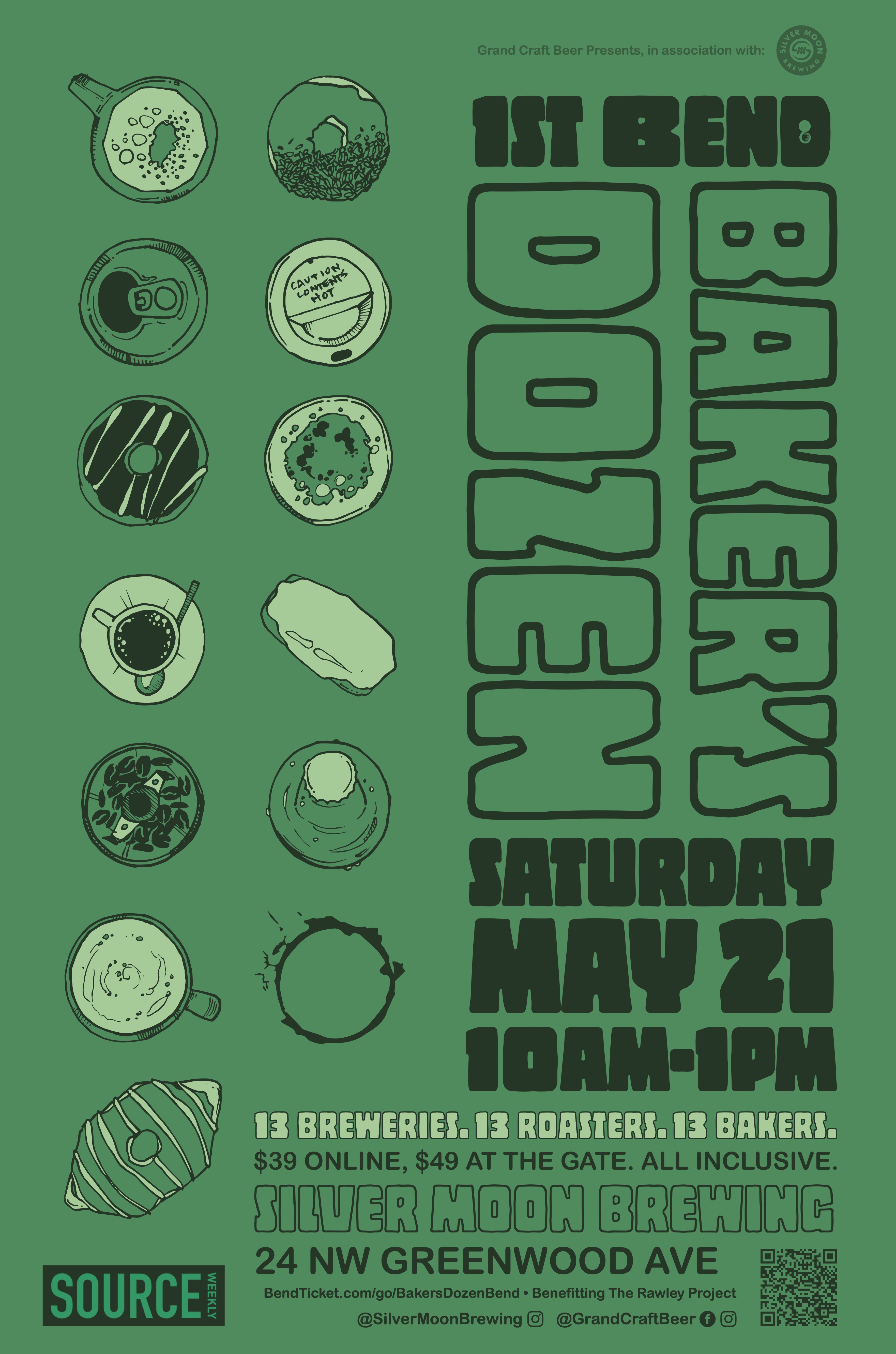 Baker’s Dozen, the Coffee Beer & Doughnut Fest comes to Bend, Oregon next month. Just a few weeks ago, the sold out 6th annual Baker’s Dozen was held in Portland and not it’s time to bring the coveted coffee beer and doughnut festival to Central Oregon!

The event features three things’ Oregonians do best: beer, coffee, and doughnuts, each represented by a baker’s dozen artisans. The name is a throwback to when bakers, to thank their customers, would throw in an extra something-something when they purchased a dozen (12). Attendees suffer no FOMO; admission includes samples of absolutely everything including many of the specific coffee roasts featured in the beers.

Baker’s Dozen – Bend edition will take place at Silver Moon Brewing on Saturday, May 21, from 10:00am – 1:00pm. Tickets are available online in advance for $39 ($42.67 after fees) at BendTicket.com/go/BakersDozenBend. If not sold out, tickets will be $49 at the door.

The inaugural line-up of beers will include a lineup of predominantly Central Oregon breweries. Each beer incorporates a different local roaster’s beans. Beer samples come in three-ounce pours, roasters will be pouring unlimited coffee samples of the cuppajoe used in the beers, and delectable doughnut morsels will be quartered since who can possibly eat 13 whole doughnuts (but maybe 13 doughnut holes).

Bend’s edition of Baker’s Dozen benefits The Rawley Project. This non-profit animal protection and welfare organization created to rescue dogs that may be suffering from a life of cruelty, neglect and abandonment and strives to serve our community by providing protection and refuge for pets with humans in crisis through the foster program.