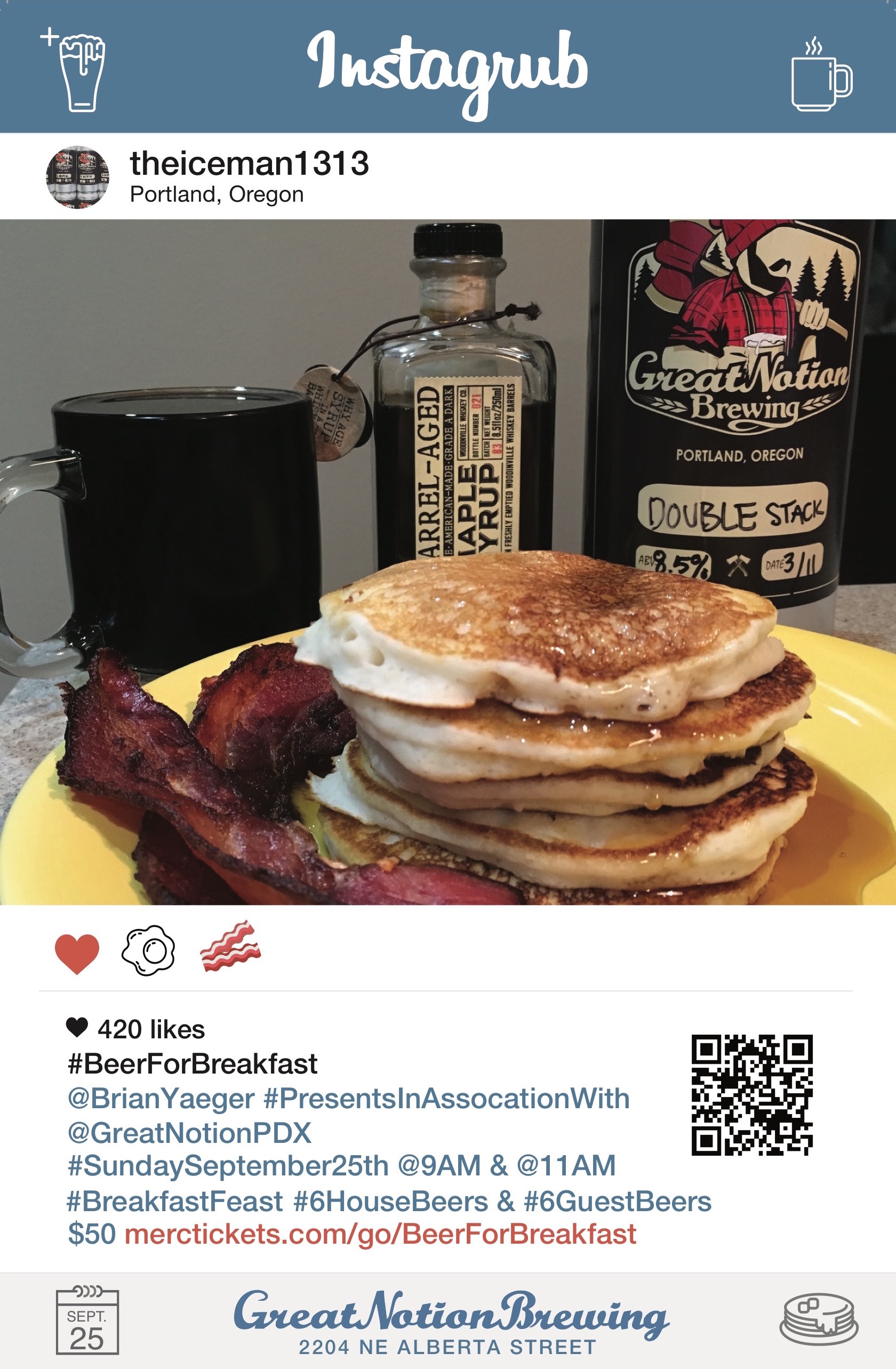 Great Notion will open its doors for the first time to serve breakfast, and of course some beers to go along with the early morning food options. There will be two seating options for Beer For Breakfast, one from 9:00am to 10:30am and the other from 11:00am to 12:30pm. Guests should expect small plates that are both catered for meat eaters and vegans that will be served alongside a dozen 4 oz. beers. Half of these beers will be from Great Notion while the other half will be guest beers and ciders from near and afar. Tickets are $50.00 each and are all-inclusive and limited to 75 per seating.

Known for its hop forward, yet cloudy IPAs, Great Notion has also received a bit of notoriety for a few of its other offerings including its Double Stack Imperial Stout and Blueberry Muffin. Both of these beers will be served along with four other Great Notion beers brewed by its dual brewers, James Dugan and Andy Miller. Expect these four yet to be determined beers to be in the flavor profiles of mimosas, belinis, and bacon.

The guest beer lineup will include beers from the following breweries plus one brewery yet to be announced that is said to be a Bloody Mary beer.

Ryan O’Connor, Great Notion’s chef, will be preparing a special menu for Beer For Breakfast. He’ll be rolling out empanadas, mini-Cristo (Monte Cristo), beer-infused oatmeal, yogurt parfait, and buttermilk pancakes or corn cakes for starters. For those needing a jolt in the AM, Great Notion will also be serving coffee from its roasting partner, Clutch Coffee Roasters, that is included in the cost.