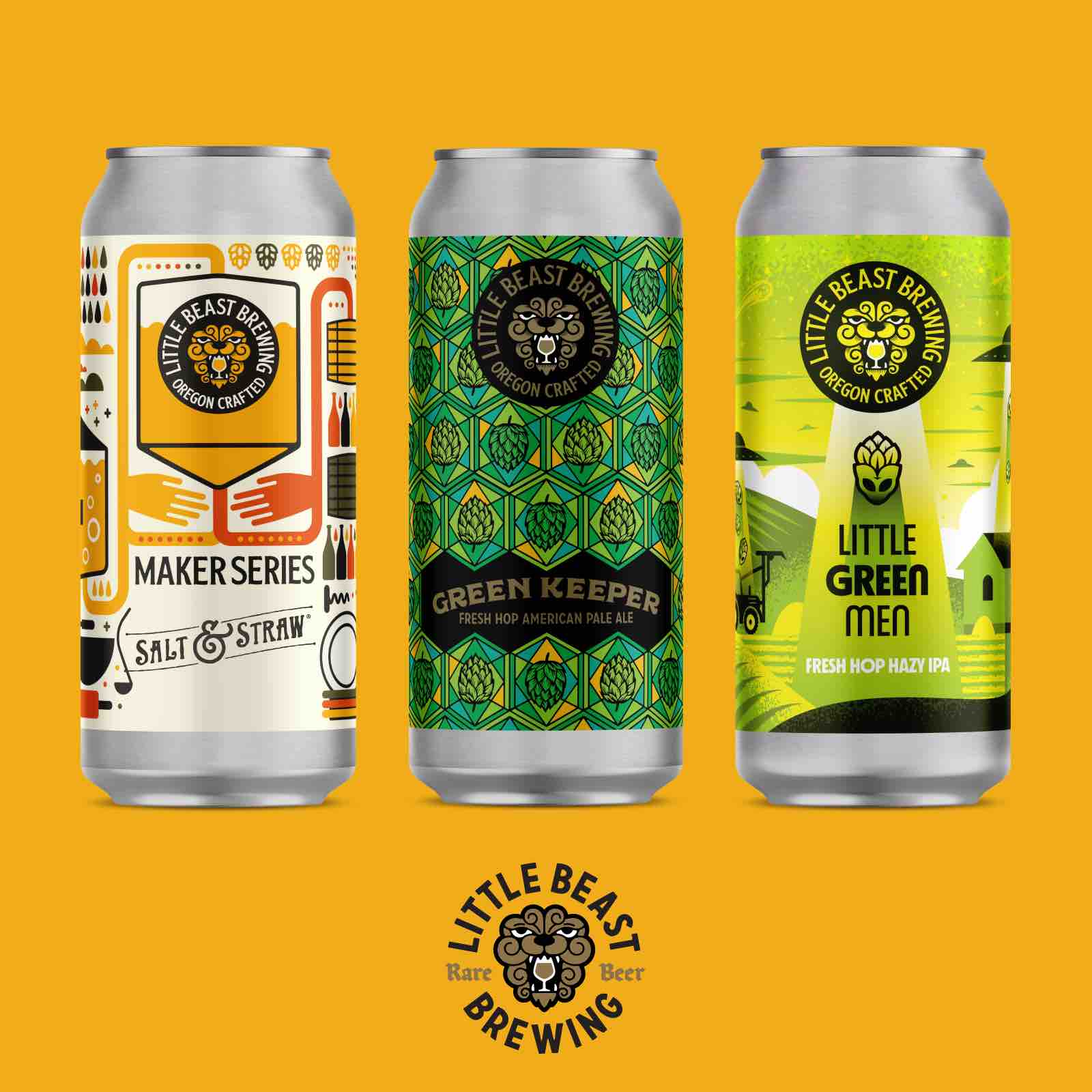 The month of September is a big one for Little Beast Brewing as it releases three specialty beers. During the coming weeks, Little Beast will release its next Maker Series Collaboration, this one with Salt & Straw, and two fresh hop beers!

Here’s a rundown on the three beers coming from Little Beast Brewing.

The Salt & Straw collaboration releases on Sunday, September 12 in limited quantities of draft and 16oz 4-packs. On Sunday for the release party, from 12:00pm – 5:00pm, Little Beast will serve the beer with a special pairing of Salted Malted Chocolate Chip Cookie Dough ice cream at their year-round Beer Garden on SE Division. 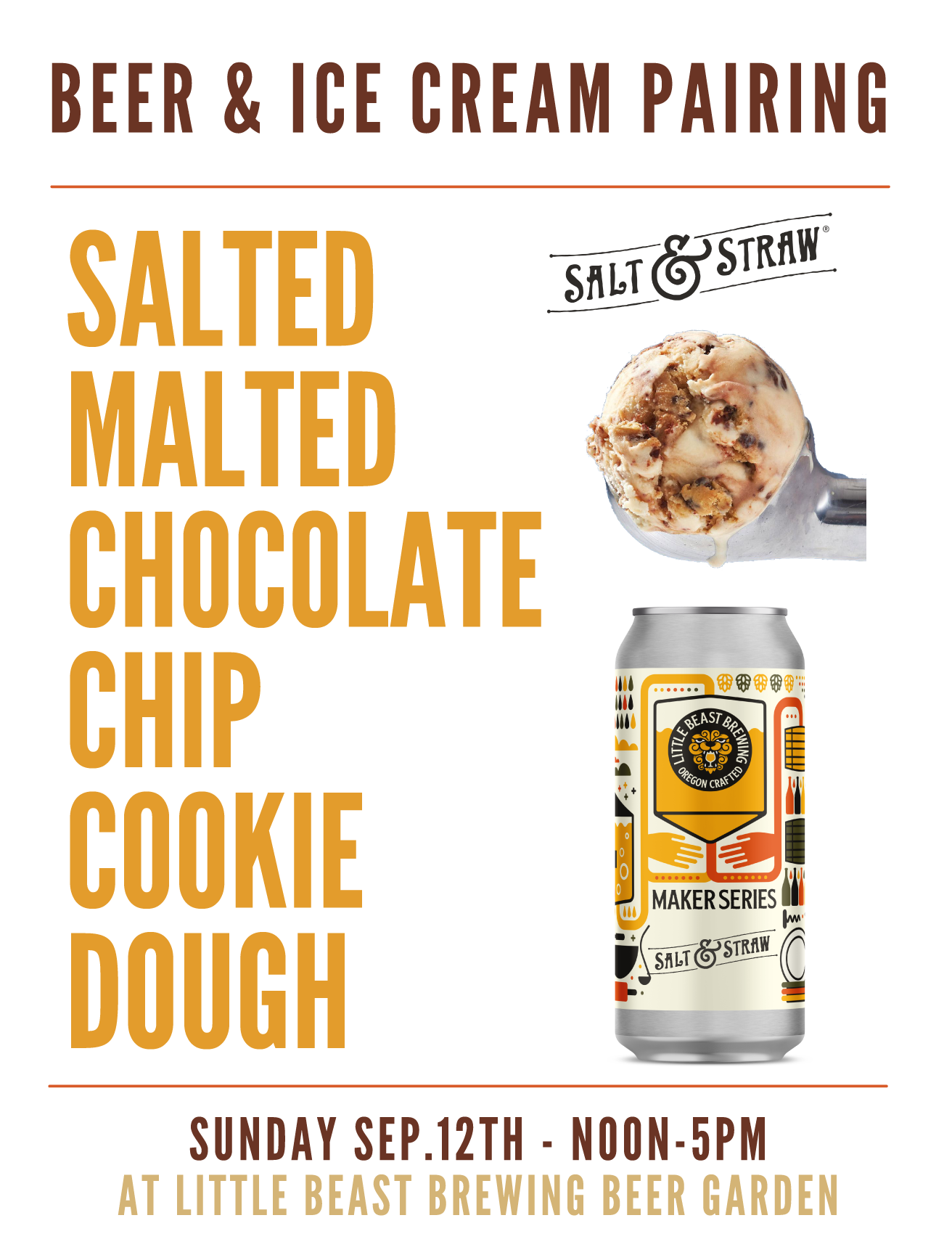 Little Green Men Fresh Hop Hazy IPA
Little Green Men is a Fresh Hop Hazy IPA showcasing one of the Willamette Valley’s long-standing hop farms—Goschie Farms in Silverton. The beer was brewed with Salmon-Safe ingredients from the Goschie estate including wintmalt, a winter barley that’s malted at Skagit Valley Malting, and fresh Azacca hops that are added to the fermenter. The beer is available in highly limited 16oz 4-packs, primarily at New Seasons Market. Beer lovers will be able to find the beer on draft at the Fresh Hop Pop Up Beer Festival and the Oregon Brewers Guild PDX Fresh Hop Fest.