Entertaining at home has become the norm for the better part of the past three months with no true end in sight. Our lifestyle has dramatically changed during the international health crisis. Home cooking is the new norm and finding ways to expand and broaden our palate is an exciting challenge.

To learn more about cheese and how it pairs with beer we were recently offered to check out The Gourmet Cheese of the Month Club. This club comes from the curators of The Microbrewed Beer of the Month Club that also dives into wine, cigar, cheese, chocolate, and flower subscription services.

For the past two decades, Monthly Clubs has partnered with a Michigan company to assist in its cheese product curation process. “We’ve been working with a company named Zingermans for over 20 years now to select and fulfill that club,” said Kris Calef, President of Monthly Clubs. “We’re really lucky to have partnered up with them in the early days. All about quality ingredients and products and very much aligned with our vision.”

We were excited to receive our shipment of The Rare Cheese Club. As we tracked it during shipping it arrived in a sealed box with cold packs in perfect condition. Upon opening the box we unpacked the three cuts of various cheeses and a very informative In Pursuit of Cheese flyer that includes tasting notes, cheese profiles, cheesemaker histories, serving and pairing suggestions.

The cheese selections included Obere Mühle Sennerkäse with Fenugreek, Raschera, and Redhead Creamery Little Lucy. All three cheeses were impressive on their own but of course we had ones we enjoyed more than the others.

Our favorite selection from May’s shipment was a tie with both Raschera and Obere Mühle Sennerkäse with Fenugreek winning over our palate. Its not to say that the Redhead Creamery Little Lucy was not enjoyable, it was, it’s just that the two other cheeses were truly amazing!

Raschera is crafted in the Italian province of Cuneo and most of this cheese stays close to its origin. We were happy to be able to try this cheese as it was a first for us. This semi-firm cheese is cow pasteurized that produces a pleasant creamy texture with a salty, buttery flavor with some herbs coming through as it sits on the tongue.

Also from Europe in nearby Germany comes Obere Mühle Sennerkäse with Fenugreek. This semi-soft Alpine cheese is made from raw, organic cow’s milk and ages for six months with yellow Eastern Indian fenugreek seeds. Paired with a Paulaner Original Munich Lager, this cheese shines with its creamy, herbal and subtle nutty flavor.

Closer to home, Redhead Creamery Little Lucy is from Minnesota and produces excellent cheese. This creamery’s version of a brie is quite appealing as it’s a bit more firm than other brie that we’ve consumed. Served at room temperature Little Lucy proved its worth served alongside some water crackers and honey.

The Gourmet Cheese of the Month Club offers two subscription levels below that includes further details on each club. 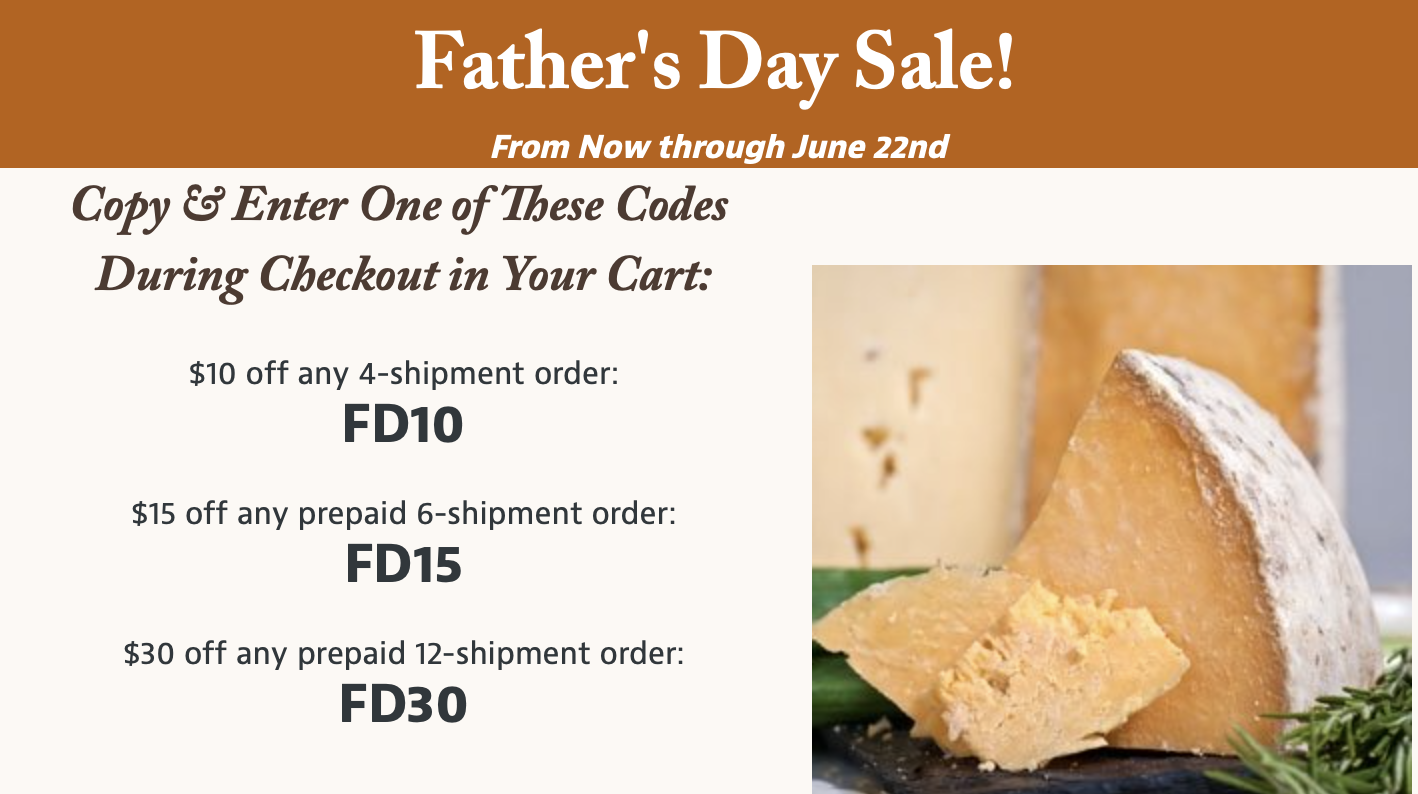 These gift options make for a perfect gift, especially with Father’s Day coming up this weekend. Or any one of these can be a great self-indulgent gift while spending more time at home.