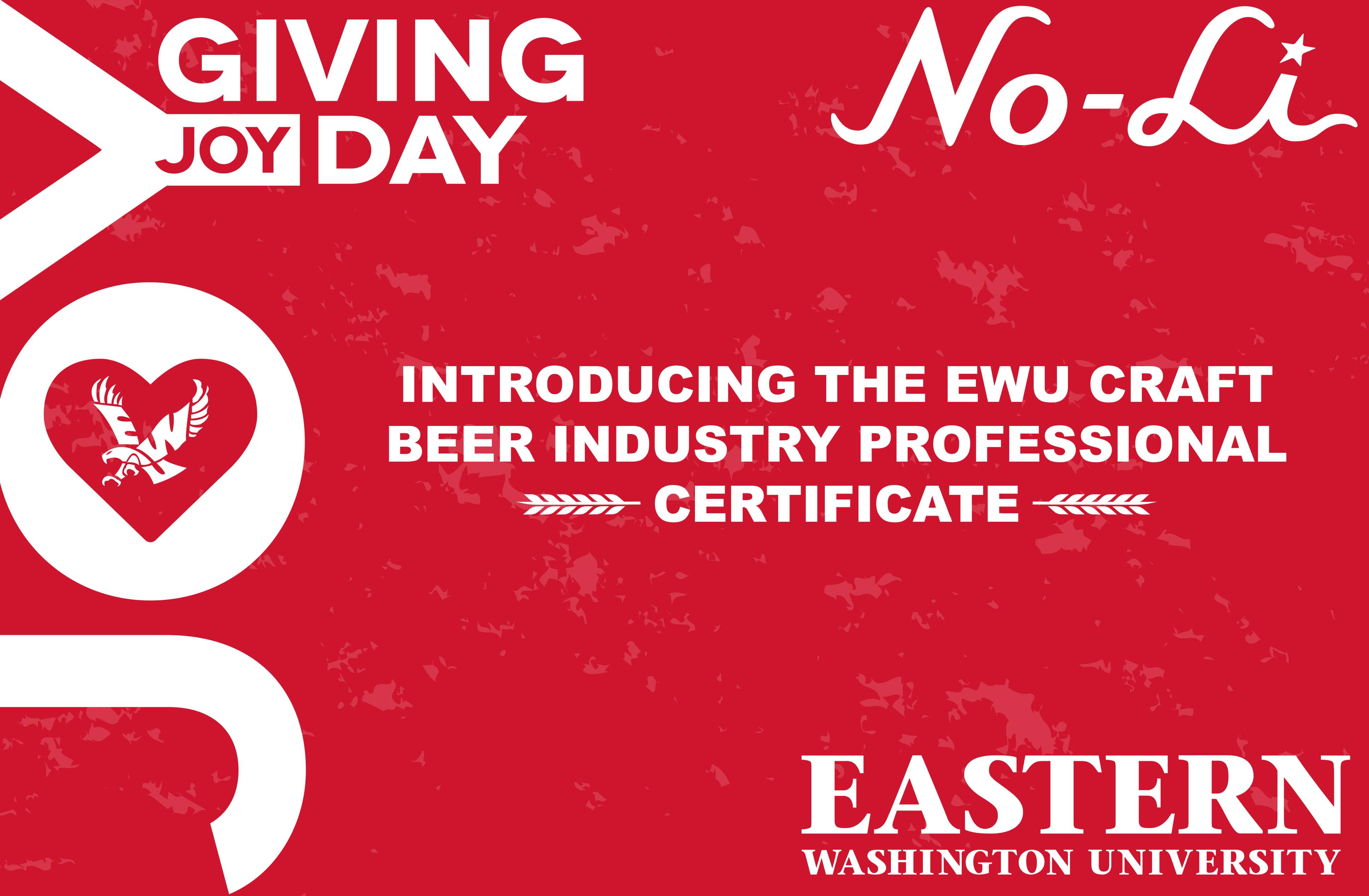 A new opportunity for higher education in craft brewing will soon be available here in the Pacific Northwest. No-Li Brewhouse is teaming up with Eastern Washington University to launch the first-ever EWU Craft Beer Professional Certificate.

This new 15-credit program will be offered to students for the Fall 2022 Quarter as it aims to create opportunities for students and community members who want to pursue careers in the craft beer industry.

The idea for a Craft Brewing Certificate program came about when Chris Cindric, a senior lecturer for the Department of Wellness and Movement Sciences, invited No-Li Owner John Bryant to speak at one of his classes, and was further developed over pints at Mountain Lakes Brewing Company with local brewery owner Dave Basaraba. As breweries, like all businesses, expand, they look to hire and train people for production, human resources, accounting, communications, and all of the other roles that make a business function.

Cindric is energized to oversee the program, and says that the local craft beer industry is growing and there are now about 64 breweries within a 100-mile radius of Spokane. “It’s a significant opportunity for students in this region because there are so many positions that are available within craft beer,” adds Cindric. In addition to serving budding craft beer professionals, the program is expected to attract people simply wanting to learn about the “craft”.

No-Li made a financial gift to kick off EWU’s Giving Joy Day to help Eastern launch the Craft Beer Industry Professional Certificate. For No-Li owner John Bryant, the gift brings the story of his family full circle. His parents, Bill and ElWanda Bryant, earned education degrees from EWU in the 1950s. Eastern football recruited Bill out of Mossyrock, a tiny timber town on the coast of Washington, to play for the university. Like many Eastern students, Bill and ElWanda both came from hard-working blue-collar families and were the first in their families to attend college.