Every year the Glen Hay Falconer Foundation graciously offers up two brewing scholarships to two aspiring brewers. These two scholarships are highly coveted and require industry recommendations to be considered. The two scholarships from the Siebel Institute of Technology are the International Diploma Course that is open to aspiring and professional brewers and the Concise Course that is open to individuals planning to enter the brewing industry and to brewers with no more than three years of brewery work experience.

Both of this year’s recipients that placed at the top of all applicants happen to be from the state of Oregon. Seth Barnum of Breakside Brewing and Scott Timms of Falling Sky Brewing have been named recipients of the 2015 Glen Hay Falconer Foundation Siebel Brewing Scholarships. The scholarship program encompasses over half of the United States geography that includes Washington, Oregon, Idaho, Montana, Wyoming, Colorado, Utah, Nevada, California, Alaska, and Hawaii.

Seth Barnum will be enrolled in the World Brewing Academy (WBA) International Diploma in Brewing Technology Program running from September to November 2015 at Siebel’s Chicago and Munich campuses. The International Diploma course is a 12-week comprehensive program intended for brewers seeking an in-depth understanding of the technical aspects and practical application of brewing science and technology. Currently a brewer at Breakside Brewery, Seth has roots as a homebrewer and over many years has consistently demonstrated his passion and commitment to the craft.  In the words of the Selection Committee members: “Seth possesses that combination of enthusiasm, aptitude, and creative talent that makes him the ideal candidate for deep immersion into the more technical aspects of brewing science that the International Diploma Course provides.” They also rightly noted, “Like Glen, Seth doesn’t covet knowledge but rather strives to share it openly so that his Siebel education will benefit not only Breakside but the broader brewing community”. 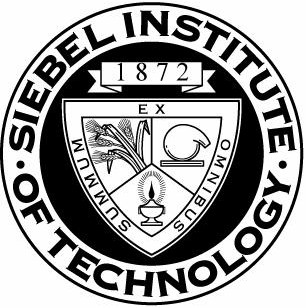 Scott Timms will be enrolled in the WBA Concise Course in Brewing Technology that takes place this October in Chicago. The Concise Course in Brewing Technology is a two-week intensive program that covers every topic critical to successful brewery operations. The Selection Committee heaped praise on Scott citing “his complete devotion to the homebrewing community around him.” Scott began his profession in the sciences but decided to turn his love of homebrewing into a full career. The Selection Committee said “Scott embodies the overall spirit of Glen, from his obvious path to professional brewing but also his passionate commitment to the greater community around him.”

A special thanks to Yakima Chief-Hopunion whose spectacularly successful Falconer’s Flight® initiative not only has vastly spread the word about brewing education but also provided the necessary financial support to underwrite the expansion of our brewing scholarship program to include the International Diploma course.

To date, the Foundation has granted a total of 29 brewing education scholarships and currently offers three scholarships annually. For more information on the Glen Hay Falconer Foundation, our brewing scholarship program, and related activities, visit www.glenfalconerfoundation.org and follow them on Facebook.