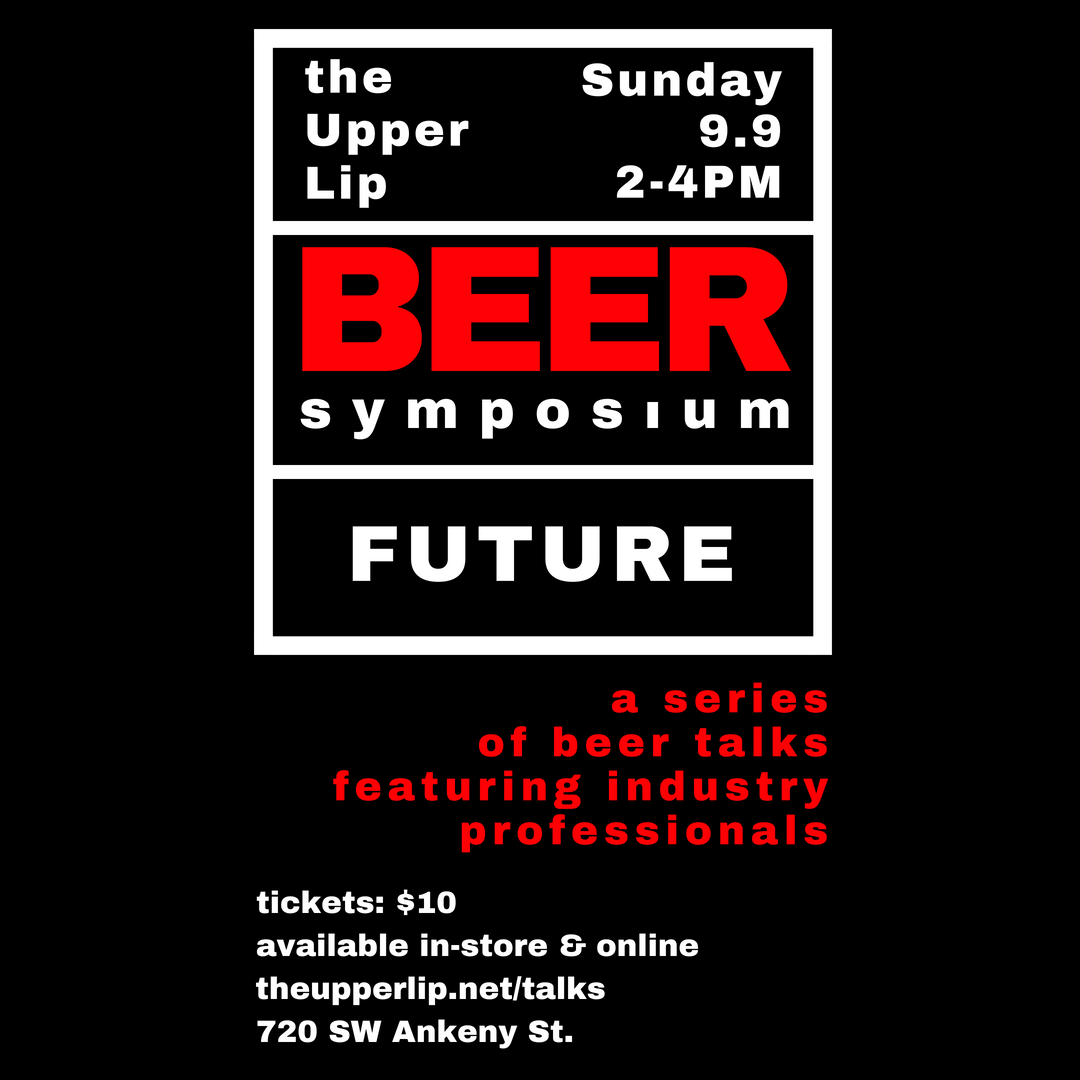 With years of industry growth the craft beer movement has seen this momentum slowed down a bit and has some industry insiders worried about a potential shakeout. To discuss the future of the craft brewing industry, The Upper Lip will host its Beer Symposium: Industry Growth & Future.

The third in its series, Beer Symposium: Industry Growth & Future will take place on Sunday, September 9, 2018 with a panel of four local industry insiders. Focusing on the future of the craft beer industry, panelists include Van Havig (Gigantic Brewing), Sarah Pederson (Saraveza), Jeff Alworth (Beervana), and Elise Spitzer (Shelton Brothers). Moderated by Advanced Cicerone Ryan Spencer, this panel will discuss the craft beer industry’s growth potential and what their predictions are for the future.

If you have not attended one of these seminars it’s an affordable way to learn more about the craft beer industry. Each seminar features a unique list curated to drive home some of the topics discussed by the panel. Attendees of the event will get an opportunity to participate in a thirty minute Q&A session at the end of the discussion.

Entry into Beer Symposium: Industry Growth & Future is $10.00 and includes two of the six-featured beers on draft during the symposium. Tickets are available online by clicking HERE or can be purchased in-store at either Bailey’s Taproom or the Upper Lip.