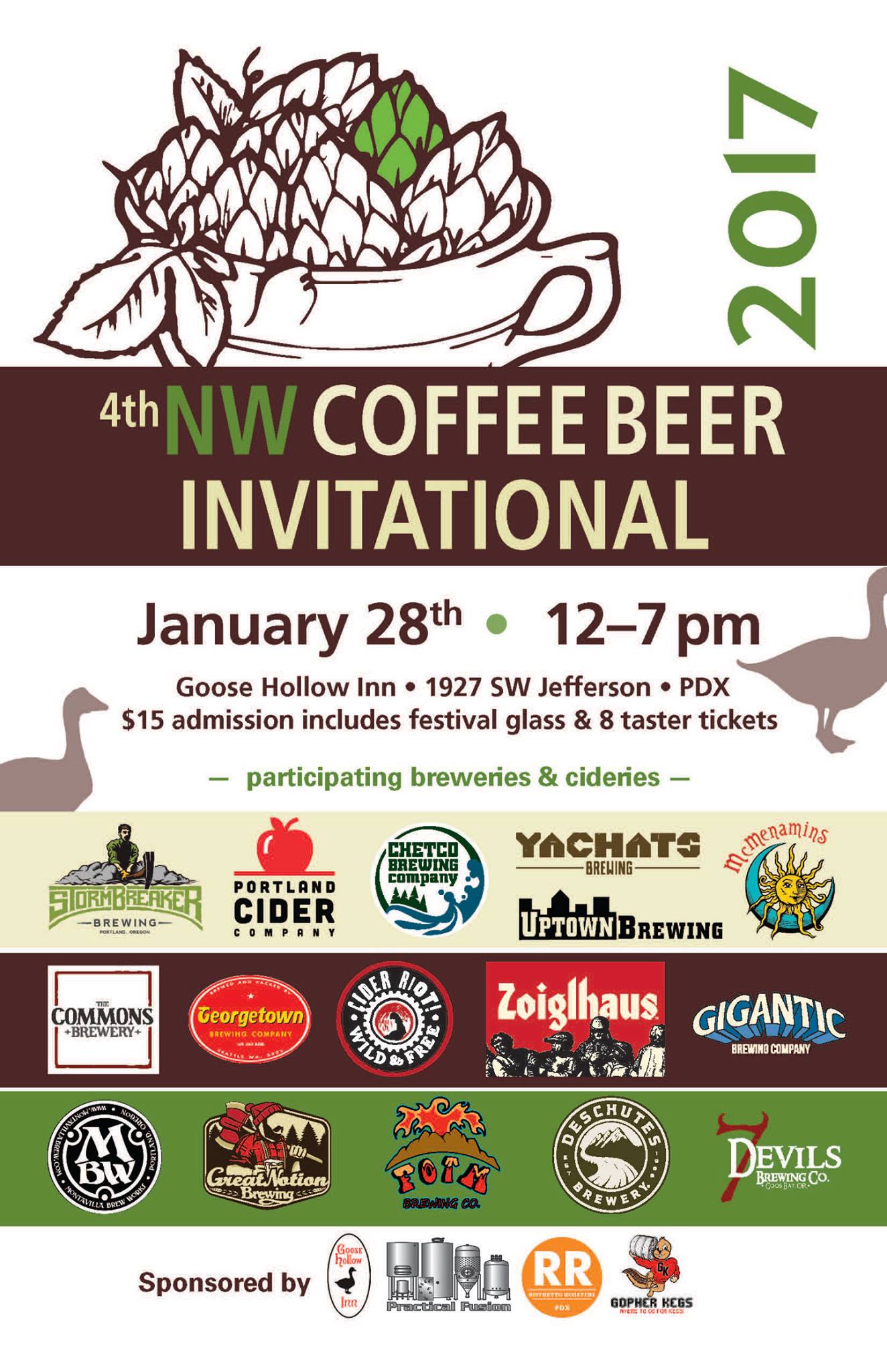 A Portland landmark will once again host the 4th Annual NW Coffee Beer Invitational when it returns to Goose Hollow Inn in Southwest Portland.

Taking place on Saturday, January 28th from Noon to 7:00pm, Goose Hollow Inn will feature 14 breweries and 2 cideries all creating a special beverage with locally roasted coffee. In addition to the two cideries added to this year’s Invitational, the festival will put a spotlight on three of Southwest Oregon’s coastal breweries. These breweries include Chetco Brewing, Yachats Brewing, and 7 Devils Brewing. In addition to the coffee beers that each brewery will be entering, there will be one additional non-coffee beer each for all Invitational goers to sample.

The Invitational will take place outdoors under a tent outside at Goose Hollow Inn where the bar will offer its complete food menu including its tasty Reuben sandwiches. There will also be live music from The Michael Shay Trio from Noon-3:00pm and festival favorites Logger’s Daughter from 3:30-6:30pm.

All 14 beers and 2 ciders will be judged by local brewers including one of Oregon’s brewing legends, Fred Bowman, who helped co-found Portland Brewing Company many years ago. Joining Fred will be Jess Caudhill (Head Brewer at Everybody’s Brewing) and Whitney Burnside (Brewmaster at 10 Barrel Brewing, Portland).

Admission to the 4th Annual NW Coffee Beer Invitational is $15.00 at the door and includes a festival glass and 8 taster tickets at this family friendly event.

Taking TriMet is very easy to Goose Hollow Inn as it sits directly across the street from the Goose Hollow/SW Jefferson St MAX Station. Both the MAX Blue and Red Line serve this stop.