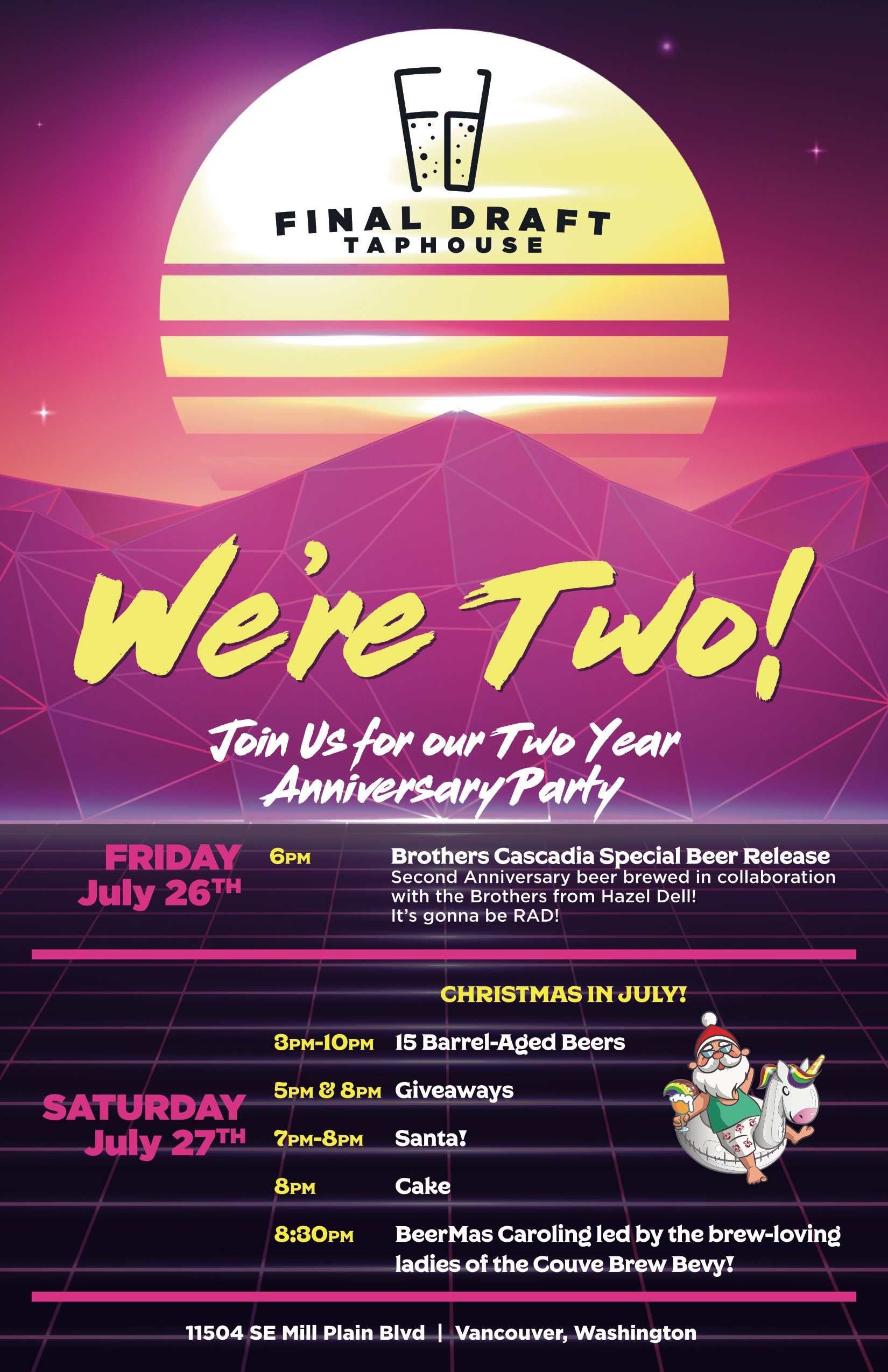 Vancouver’s Final Draft Taphouse is getting ready to celebrate its Two-Year Anniversary on July 26th and 27th. This two-day celebration will feature a new TWO-YEAR Anniversary beer brewed in collaboration with Brothers Cascadia Brewing along with barrel-aged beers, Christmas in July and more!

Here’s a preview of what to expect on each of the days celebrating Final Draft Taphouse’s second anniversary.

Friday, July 26 – Two-Year Brothers Cascadia Collab Beer Can Release Party  (6:00-9:00pm)
We’ll be releasing our special TWO-YEAR Anniversary beer we brewed in collaboration with Brothers Cascadia Brewing! This will be a special, limited CAN RELEASE …including a rad label included designed by Jeremy Backer of Jeremy Backer Design! We will have 4-Packs for sale. Limited case quantities! The Brothers Cascadia brewers/owners will be at the taphouse, and we will be giving away some sweet swag. This beer was brewed with a huge THANK-YOU in mind to all of you who have supported us this past two years!

Collaboration Beer Details: Name and label to be unveiled closer to the date. Hazy India Pale Ale, 5.5%, Made with Idaho 7 and Mosaic hops. “This beer pours wonderfully light in color with beautiful haze, giving the drinker a hint of the crushable beer they about to enjoy. The aroma is dominated by pineapple, fresh berries and orange creamsicles. It’s low bitterness and restrained body keeps this beer going down easy.”

Saturday, July 27 – Two-Year Anniversary Party – Christmas in July Celebration! (3:00-10:00pm)
Bringing back this themed celebration for our second year anniversary, we’re throwing a big ole two-year party this day/night that will feel like Christmas in July!