It’s 7:30am on a Monday morning. Do you know where your local brewer is?

On August 29th, there’s a good chance that the brewer you’re looking for was at Heathen Brewing in Vancouver, WA. As we approach North Bank Beer Week – the inaugural week-long celebration of SW Washington beer held Sept 22-30 – Loowit Brewing spearheaded an effort to assemble as many brewers as possible from the region north of the Columbia River spanning Long Beach, WA in the west to White Salmon, WA in the east.

It’s not clear how many brewers were expected to participate, but it’s clear that the turn-out was greater than anticipated. A total of 20 SW Washington brewers took part in a true collaboration. From 7:30am to 9am they trickled in with ingredients and bodies ready to pitch in on the brew. Grains were off-loaded from pickup trucks. Hops arrived in containers big and small. A keg of yeast emerged from the passenger seat of a small classic car.

What made this gathering even more unbelievable was that just 1 week prior, the idea was still a twinkle in the eye of Loowit co-owner, Devon Bray. On Monday, August 22nd, he’d reached out to Rodney Stryker, co-owner of Heathen Brewing, to see if there might be room on Heathen’s schedule to squeeze in a collaboration beer. With many of Clark County’s breweries producing beer at full capacity, it’s a rare opportunity that downtime in the schedule exists.

When Rodney confirmed the small window of time at Heathen’s facility on the Monday just 1 week away, an email went out to all 30(ish) breweries that call SW Washington home. Fingers were crossed that 6 would show up on such short notice. Maybe 7 would respond to the affirmative. 8 would be a miracle.

None anticipated the overwhelming response.

The first step was to determine the style of beer to formulate a recipe upon. There were several ideas tossed about from a Belgian-style to a New England IPA to a pilsner or lager. But it was Fortside Brewing co-owner, Mike DiFabio’s suggestion that tallied the most votes. That leading vote-getter was a Dry-Hopped Imperial Oatmeal Brown Ale. A unique style chosen to highlight the uniqueness of the region’s readily-available ingredients. The official name of the beer is still a matter being voted on among the brewers.

Loowit Brewer, Matt Freeland worked directly with Rodney at Heathen to dial in the recipe based on the suggestions of the extensive email chain and send out the detailed brewing description to the participants. Then the call to action was to show up with ingredients and man power on Monday morning.

If you brew it, they will come…

Even if mostly to drink coffee & beer and play cornhole on a Monday morning. 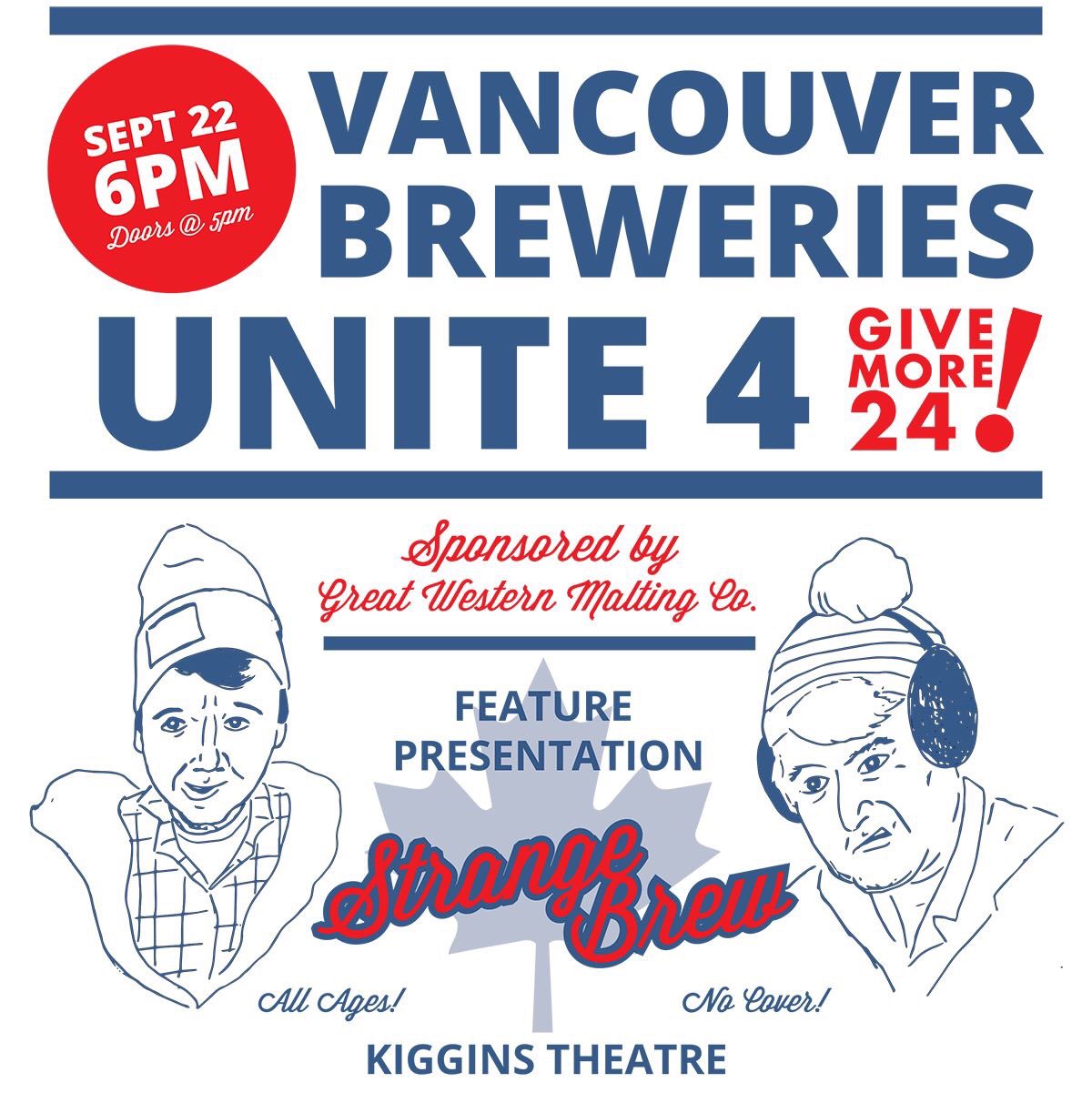 North Bank Beer Week kicks off September 22nd at 6PM at Kiggins Theatre with ‘Vancouver Breweries Unite 4 Give More 24!’ The doors open at 5PM for a FREE family-friendly event. 10 breweries have partnered with 10 charities to raise funds during the evening. Great Western Malting Co. has purchased every seat in the Kiggins Theatre to make this a no-cover event! There will be a screening of the CVTV’s “Brewcouver” 11-minute documentary on the history of Vancouver beer followed by the feature 1983 beer-lovers classic comedy, Strange Brew, starring Rick Moranis and Dave Thomas. Rated PG.

North Bank Beer Week continues with events around Clark County featuring SW Washington beer from North Jetty Brewing in the west to Everybody’s Brewing in the east and everything in between along the shores of the north bank of the Columbia River. Look for cornhole tournaments, trivia nights, beer releases, fresh hop events, Oktoberfest events and more from September 22nd-30th at www.NorthBankBeerWeek.com!