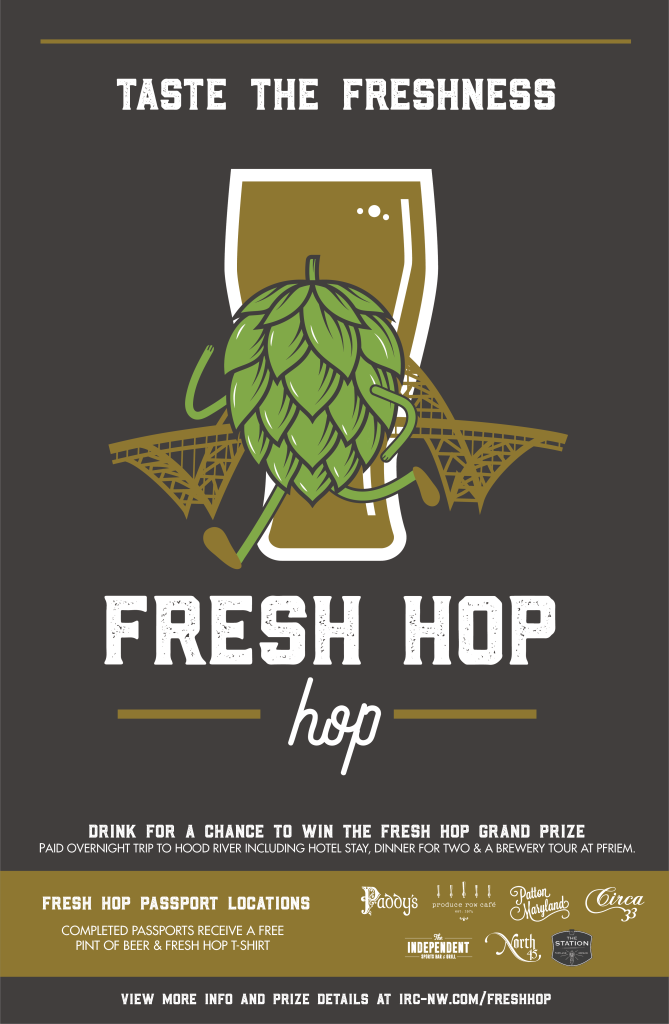 Since the Pacific Northwest is in the midst of hop harvest, IRC is bringing in some of the freshest fresh hop beers from our regional breweries. For the 2017 fresh hop season it has just announced its Fresh Hop – Hop program that rewards craft beer fans for drinking our local bounty, fresh hop beer!

When you swing by any of IRC’s properties that includes The Station, The Independent Sports Bar & Grill, Patton Maryland, Paddy’s Bar & Grill, North 45 Pub, Produce Row Cafe, and Circa 33, be sure to ask for your Fresh Hop Card to get started. Get your card stamped at each location when you order up a fresh hop beer. Completed cards get one free pint of beer along with a Fresh Hop T-shirt (while supplies last).

The Grand Prize will see one lucky winner receive a paid overnight trip to Hood River that includes hotel stay, dinner for two and a brewery tour at pFriem. The Fresh Hop – Hop program ends on October 15th, 2017. The earned free beer is limited to $6 value, and T-shirts available while supplies last.