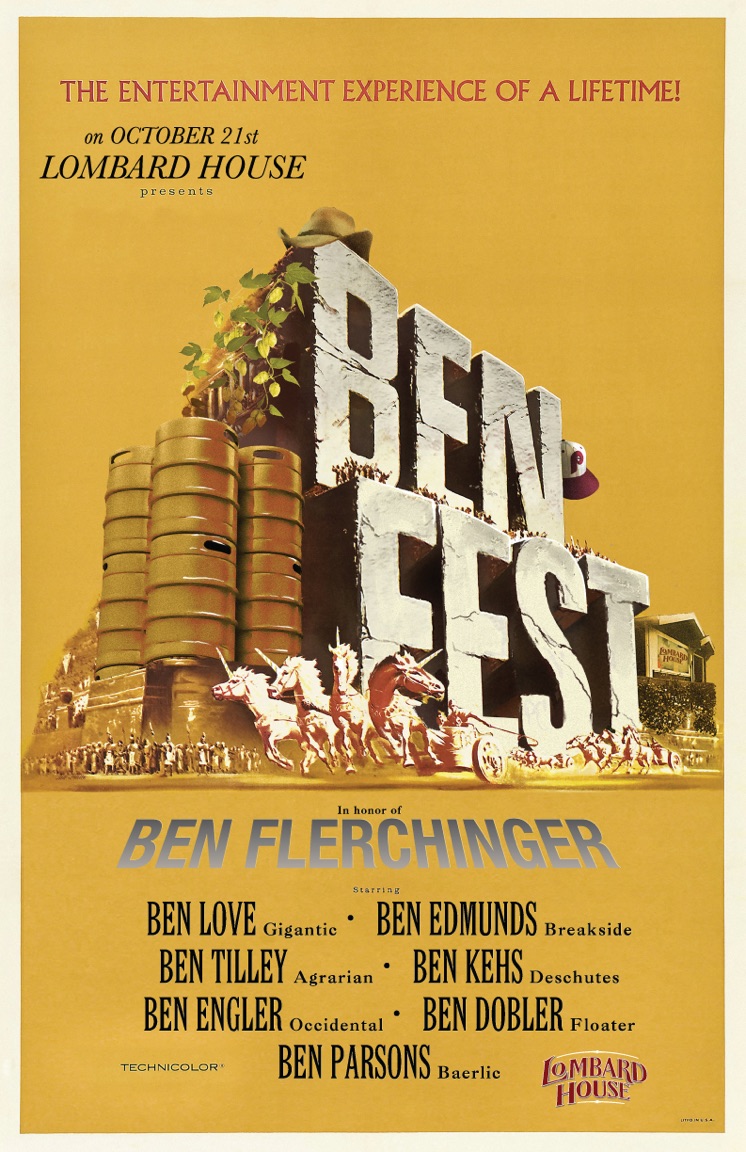 The 8th annual BenFest will return to Portland on Sunday, October 21, 2018 from 2:00-10:00pm. This year’s event that features beers all brewed by brewers named Ben will take place at Lombard House in North Portland and will be a benefit for the Ben Flerchinger Foundation.

In addition to these beers pouring Chef Doug Adams has graciously donated 200 pounds of pork that he will be smoking and making sandwiches out of. Proceeds from the food will be going to charity along with a portion of all of the beer sold to the Ben Flerchinger Foundation.

Stay up to date on the 8th annual BenFest by following its Facebook Event Page.