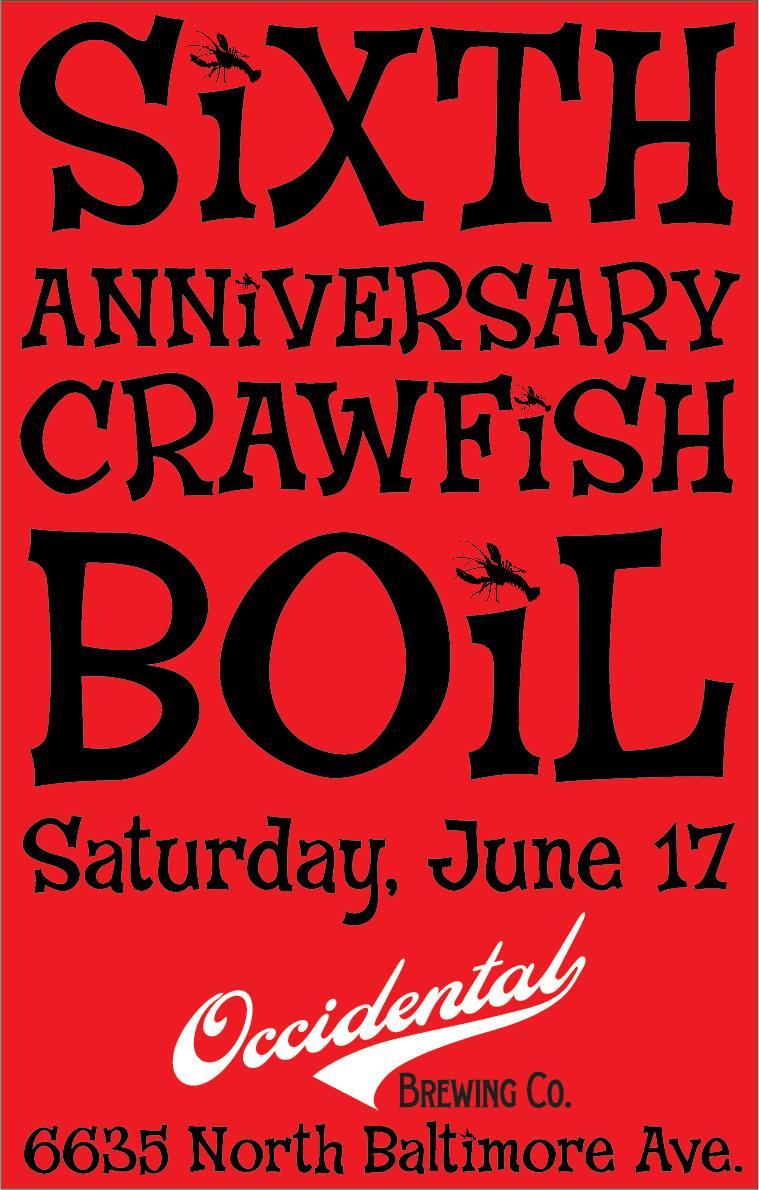 Brewery anniversaries come and go every year and one of our favorite anniversaries takes place in a little over one week on June 17. Once again Dan and Ben Engler from Occidental Brewing will be celebrating its 6th Anniversary with its Annual Crawfish Boil.

Occidental Brewing’s 6th Anniversary will take place on Saturday, June 17th from 2:00 to 9:00pm with its free Crawfish Boil. Ok, now you know why we enjoy this anniversary! We suggest arriving early, as the crawfish will only last so long. Make note that the Crawfish Boil is only for those 21 years of age or older. However the Occidental Wursthaus will be open for all ages and patrons can bring the crawfish boil upstairs to enjoy with their family.

In addition to the Crawfish Boil Occidental Brewing will be releasing this year’s anniversary beer, a Dampfbier. This rare, old German style beer is essentially a steam beer mainly brewed for the warmer months.