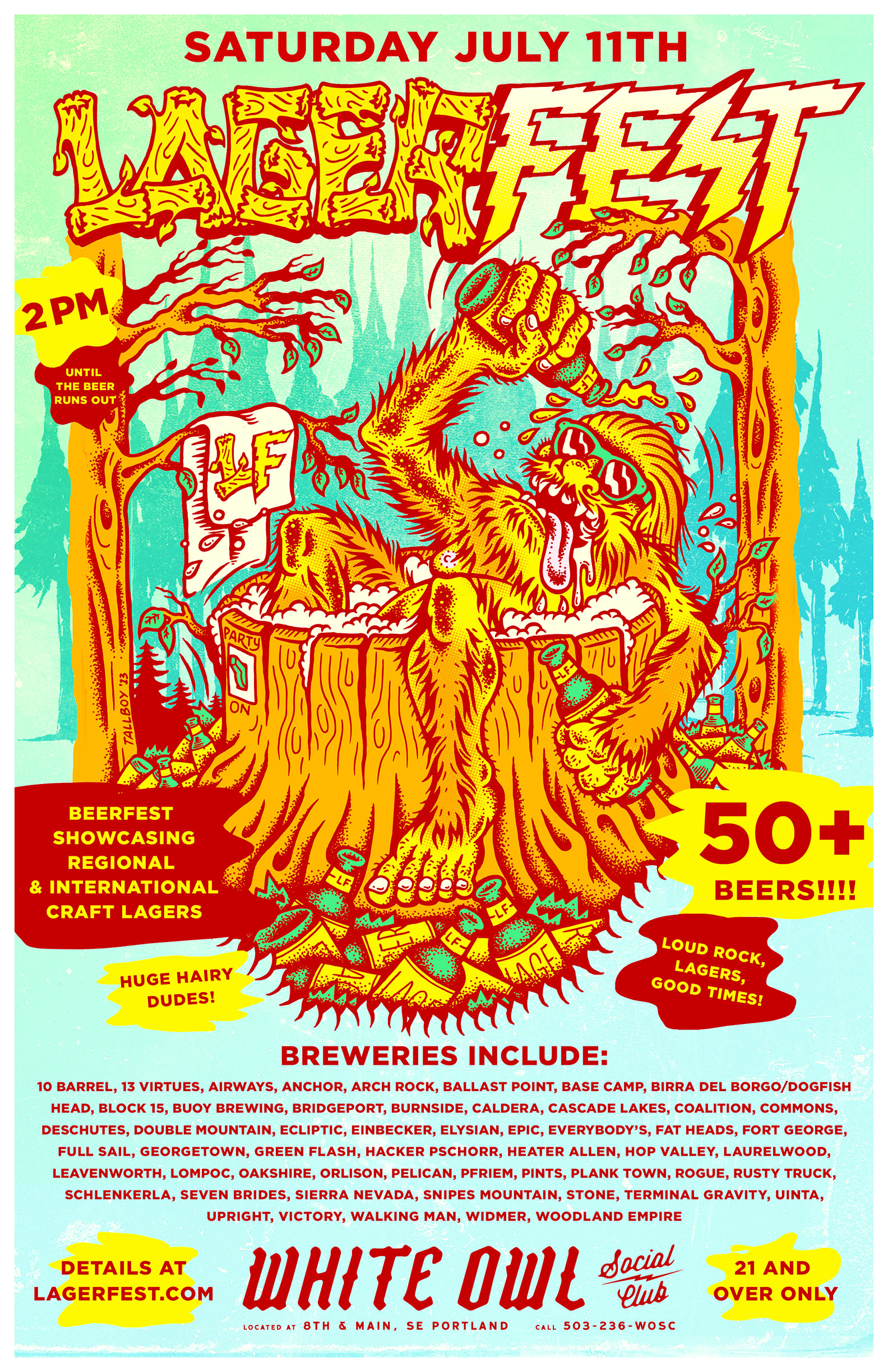 The 3rd Annual LagerFest takes over the White Owl Social Club on Saturday July 11th from 2:00 to 10:00pm. With the largest selection of lagers pouring on draft within the state of Oregon this is a must attend event for fans of this historical beer style. LagerFest is also a benefit for XRay.fm.

After a great first run that closed down the streets out in front of White Owl organizers dialed the fest back last year and continue to do so this year by keeping it all within its property. LagerFest will be pouring all 54 various lagers, mainly domestic and a few imports, inside at White Owl’s bar and on in its expansive outdoor patio during this eight-hour fest. Fortunately temperatures are cooling down here in Portland that will allow for a more comfortable atmosphere while outside this weekend.

The only drawback to LagerFest is its entry fee and pour size that is becoming all too common with many beer fests. LagerFest will set one back $10.00 for a cup and five drink tickets that will deliver a 3oz pour each time. Additional tickets are $2.00 each per 3oz pour or there are a couple better deals at $5.00 for three tickets and $10.00 for six tickets. So if one does the math and lays out $20.00 the return is 33oz of beer. A spokesperson from LagerFest has argued that this fest is cheaper and a much better deal than the Oregon Brewers Festival that costs $7.00 for a plastic mug and no tickets while here you get a glass and tickets for a few dollars more. On the face of things this fact is true, however with OBF a portion of the $7.00 polycarbonate glass cost assists in the cost of closing down Tom McCall Waterfront Park, plus drink tokens are half the cost.

Beer is the main focus at LagerFest but it is not the only thing that’ll be taking place there. The White Owl will also feature live music with local band Country Trash and its fusion of floor stomping rhythms, blazing guitar leads, banjo, harmonica, and even a little megaphone. The first set will begin at 5:00pm followed by a second set as LagerFest ends at 10:00pm.