Live music is back and it arrives in Bend, Oregon with a vengeance as the Les Schwab Tire Concert Series at Hayden Homes Amphitheater will host 52 nights of concerts. This picturesque concert venue that sits along the Deschutes River is a great venue for live music as the clear nights in Oregon’s high desert is an excellent way to end the day.

Oregon’s largest outdoor music venue will kick off the 2022 concert season on June 7 with ZZ Top and closes out on October 2 with Rüfüs Du Sol. In between, fans will be treated to such artists as Bob Dylan, Ween, Kenny Chesney, The Black Crowes, Darius Rucker, The Chicks, My Morning Jacket, Robert Plant And Alison Krauss, Wilco and so many more. The complete list of shows can be found further down in this article.

When it comes to craft beer being served at Hayden Homes Amphitheater, the choices come from Bend’s two largest breweries – Deschutes Brewery and 10 Barrel Brewing. Deschutes will feature King Crispy Pilsner, Fresh Squeezed IPA and Fresh Haze IPA. The longtime Bend brewer will also have a few more rare offerings in the cabanas and the Deschutes Deck with The Abyss, The Dissident, and the most recent Black Butte XX. 10 Barrel will be serving Apocalypse IPA and Profuse Juice Hazy IPA. We hear that as like last year with Boneyard RPM, there may be a few other beers floating around at various food vendors.

Tickets to any of these shows at Hayden Homes Amphitheater can be purchased at bendconcerts.com. Don’t delay as this summer season is going to be a stellar one in Central Oregon! 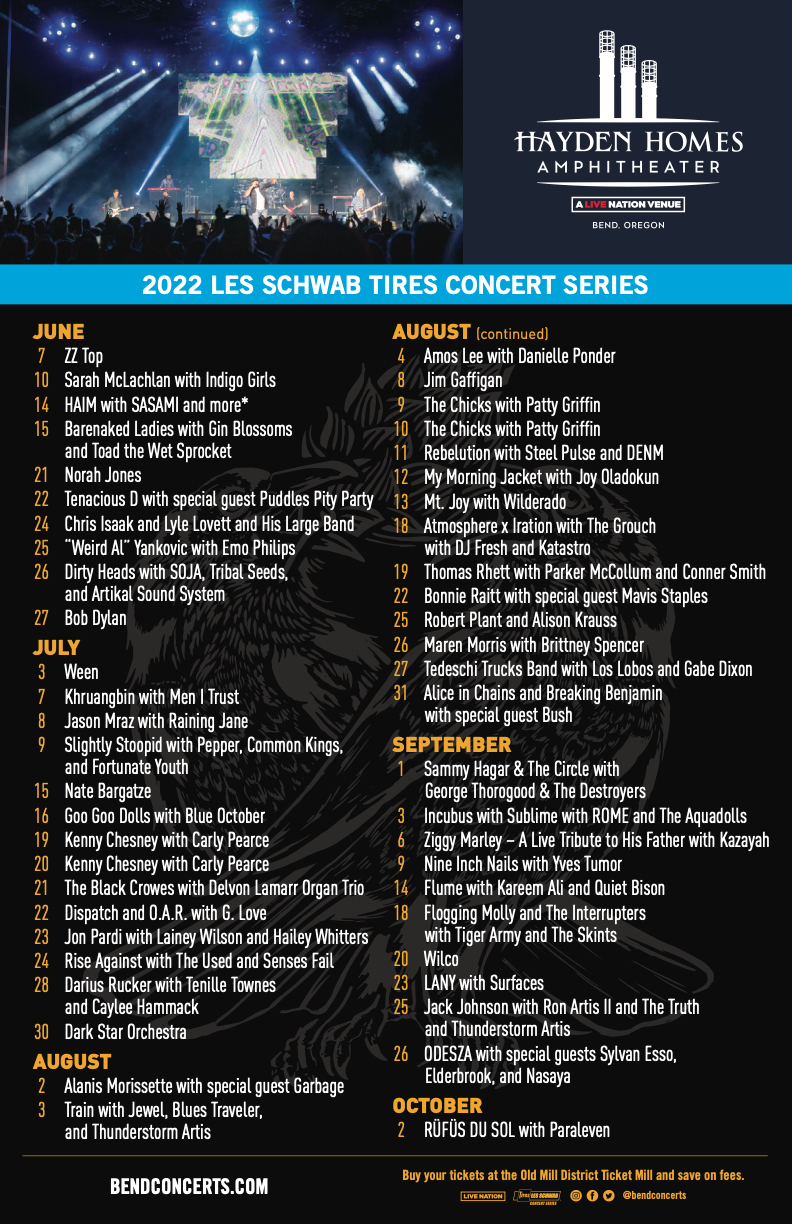