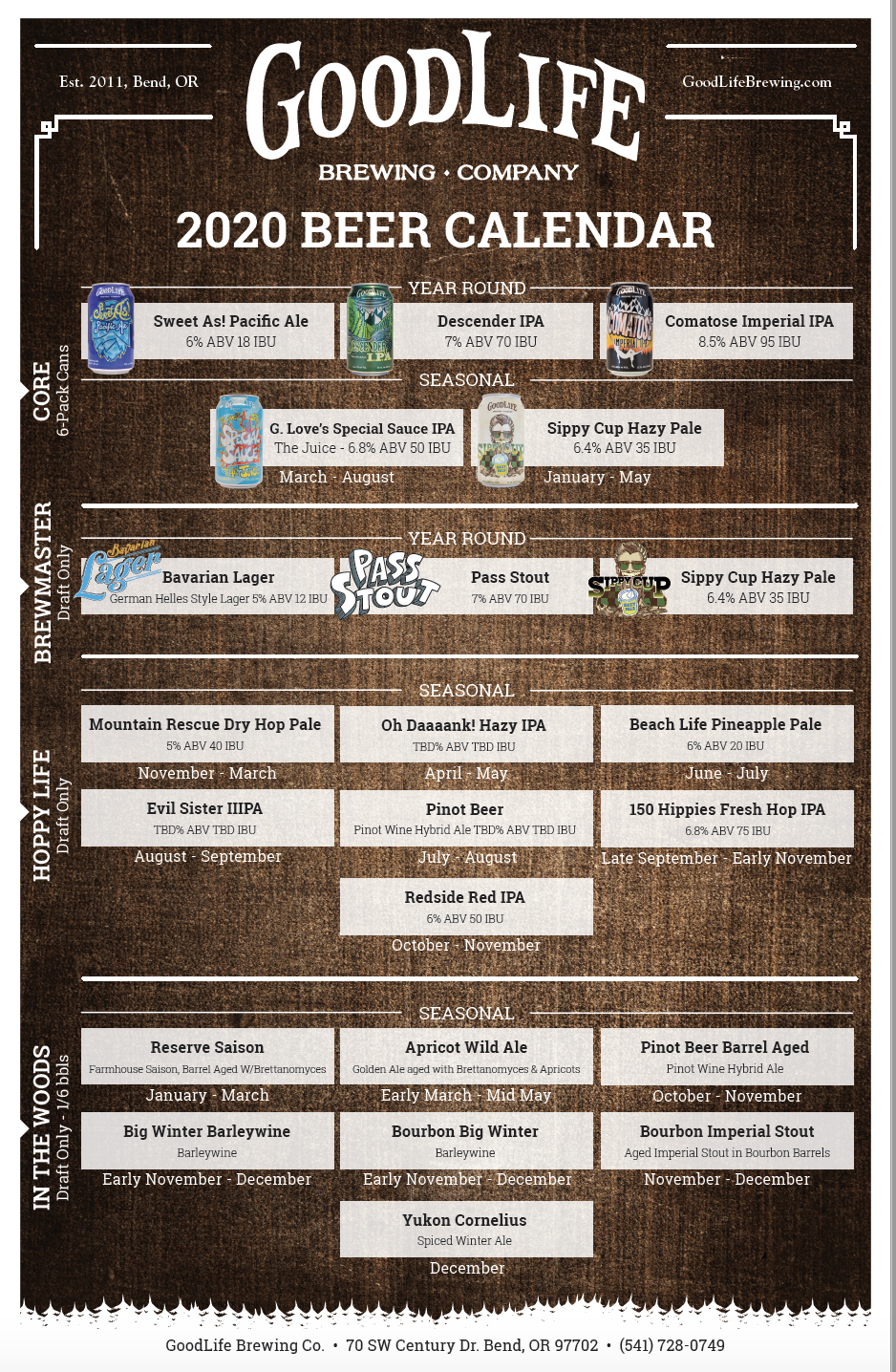 With increased capacity, Bend’s GoodLife Brewing has a big year planned as it announces its 2020 Beer Release Calendar. Last year, GoodLife Brewing added two 15-barrel tanks that has allowed its brew team to flex its muscle on new beers. The result are many more full blown beer releases in the coming year.

“We are very excited about the new beers coming out this year,” said Ty Barnett, GoodLife Brewing owner, in a statement. “Our goal is to always keep our brew team challenged and excited but more importantly to keep it fun! Those who have visited our tasting room here at the brewery in Bend have been really blown away with our tap line-up. We have let our fans be the judges for what to keep making more of through our Pub Exclusive beers. I, for one, am stoked to make some more of these delicious brews for more to try.”

For the past few years, GoodLife Brewing has had the opportunity to work with Garrett Dutton, better known for fronting the band G. Love and Special Sauce. This will be the third year of the partnership and will return with the collaboration beer that the brewery brewed with Dutton on in 2019, The Juice IPA. G. Love also released an album of the same name last year and will return to the Pacific Northwest to promote The Juice during the month of March. Therefore, GoodLife will be releasing The Juice IPA a few months earlier this year!