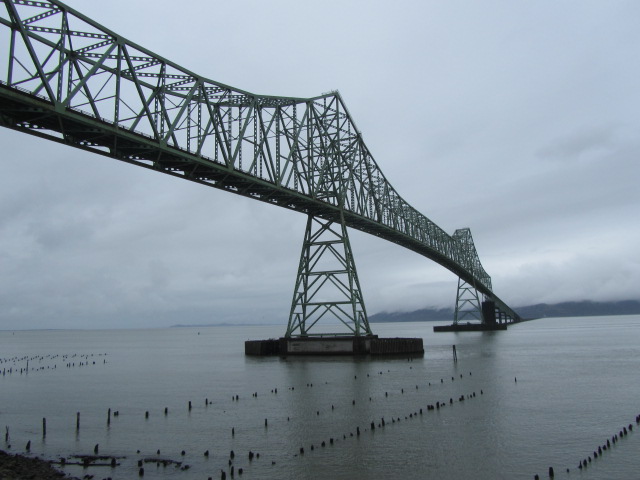 Over the weekend we were treated, along with a constituent of fellow area beer writers, to join in on a portion of  the Oregon North Coast Beer Trail. In conjunction with area chambers of commerce, and made possible in large part thanks to Maxwell PR‘s Stacey Malstrom and Astorians Dan and Susan Bartlett, the Beer Trail proved to be a lot of fun. Much like the Bend Ale Trail, this coastal adventure helps to bring tourism to the region through a steadily growing relationship between Americans and craft beer. From Astoria down to Canon Beach, the North Coast Beer Trail illustrates a rapidly growing culture of stalwart beer here. The excursions here also point to Astoria’s rich history that boasts Oregon’s first post office and America’s first European/Western settlement west of the Rocky Mountains. Perhaps most famous is the history that is tied to Lewis and Clark’s journey that concluded just across the river in Washington during the winter of 1805-1806. 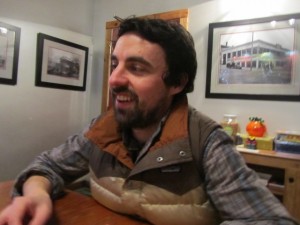 Shortly after 12 noon on Saturday, I arrived in Astoria thanks to The Daily Pull‘s Brady Walen who drove myself and Charles Culp of An Ear For Beer the two hours here from Portland. After checking in to our room at Astoria’s Holiday Inn Express beneath the south end of the towering Astoria-Megler Bridge, Dan and Susan picked up our group and brought us to Fort George‘s new brewery, canning line, and taproom location. The expansion situated on the same block as the Fort’s original taproom was quite an impressive undertaking to say the least. Fort George co-founder Chris Nemlowill along with partner/brewmaster Jack Harris and their team of brewhouse laborers have seen the stars align for their great expansion effort that hopes to realize the release 16-ounce cans in time for Astoria’s bicentennial celebration scheduled for this spring. The 1811 Lager and Vortex IPA will be the first to beers released for this occasion. Equally as amazing, the city block where the Fort resides is the same spot where the city was founded two-hundred years ago. 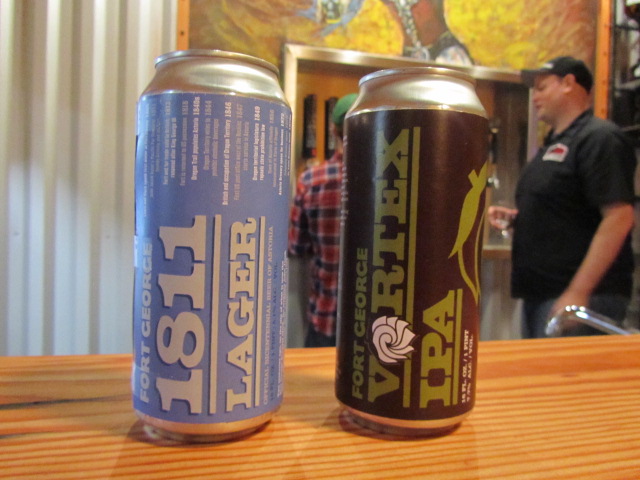 To make matters even more delicious, Fort George once again celebrates February as Stout Month. During the entire month, a majority of brewery taps are dedicated many one-off roasty, dark brews as well as a wide assortment of rotating guest tap stouts. 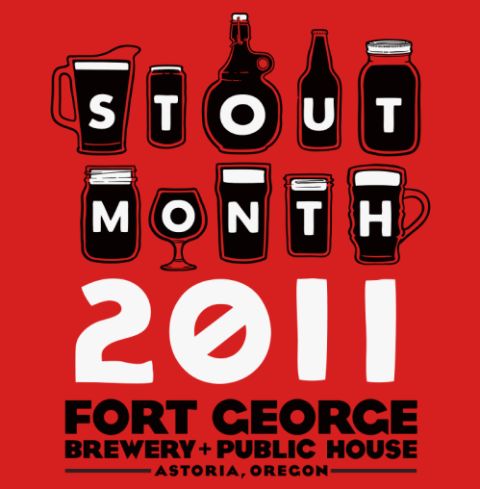 After some samples and snacks at the Fort, we hopped in the van and down the hill to the Wet Dog Cafe, home of Astoria Brewing Company (ABC). Quite a bit smaller than Fort George as far as production is concerned (Fort George brews 30 barrels at a time verses ABC’s four barrels per), ABC is run solely by brewer John Dalgren. Beginning his first stint at this brewery in 2004, Dalgren took a few years off before returning last year to reclaim the helm. Dalgren says that Fort George and ABC work on collaborative beers about every 4-6 months and are anticipating another to make its way down the pipeline by summer. Both Nemlowill and Harris brewed in this very building before branching out on their own to put forth the city’s latest and greatest craft beer endeavor. 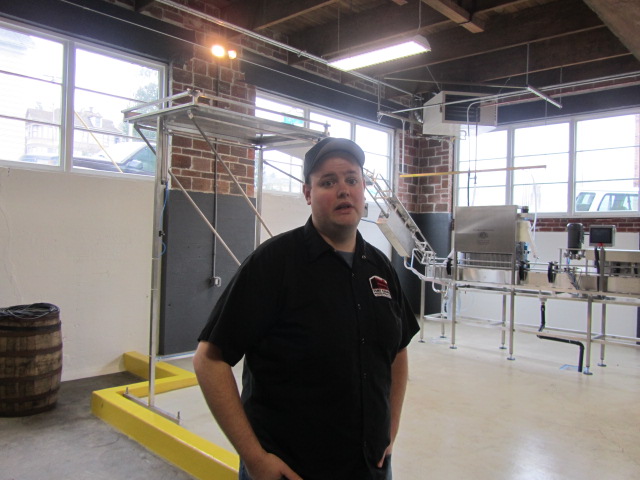 Dan Bartlett, who has a great grasp of the Astoria beer scene pointed out that “John (Dalgren) likes to experiment.” This is sentiment evident in the fact that on such a small scale, so many different beers regularly come to light. Dalgren claims that ABC uses eight varieties of yeast, twenty of hops, and more than 30 of grains (including ten different base malts). Some highlights from ABC included a single hopped (with Cascades) amber that makes use of their house ESB yeast. Not pouring at the time of our visit was their West Coast Lager, spiced with Simcoes. More sausages and delicious housemade pretzels were enjoyed at ABC before moving on to our next destination. Dalgren informed our group that ABC will also be canning some of their beer starting in the next few months. 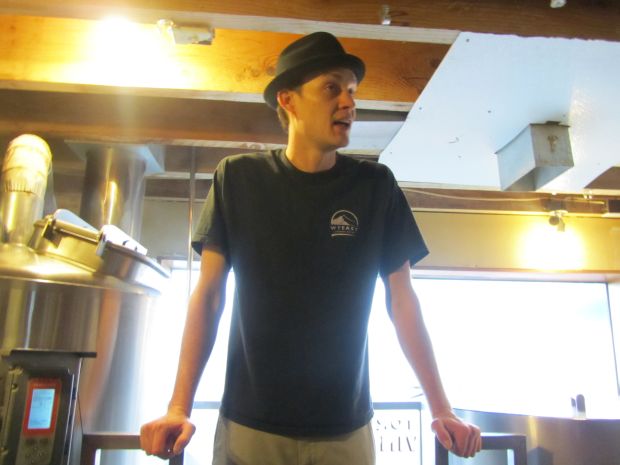 The third stop of the afternoon was Rogue Public House on Pier 39. Usually you can hear the barks of a pack of sea lions that bask nearby, but not on this day. At Rogue, our gracious host Jimmy Griffin, the pub manager gave us a tour of the grounds. Connected to the mainland by a narrow wooden pier road, Griffin pointed out that here, “there’s only one way out…well, there’s two.” 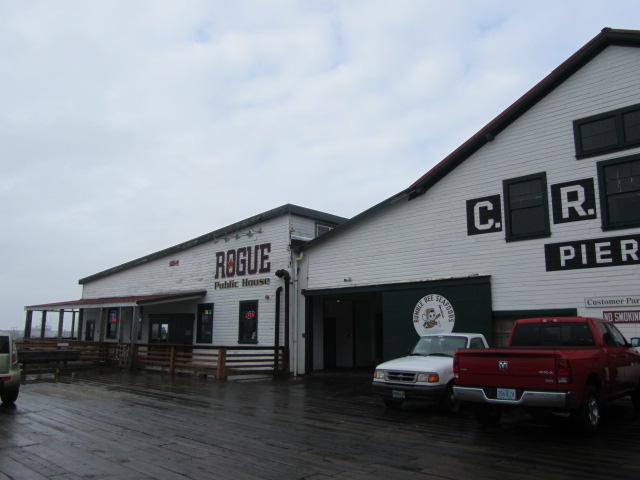 This Rogue location began as a franchise before the brewery took it over full-scale a couple of years back. Though no beer is brewed on premise, they carry beer from each of Rogue’s brewhouses including Issaquah, Newport, and Eugene. A sampler of four beers and more carnivore-oriented dishes were proffered at Rogue. The tray included their Imperial Double Chocolate Porter, Dry-hopped St. Rogue Red, Chatoe Dirtoir Black Lager, and Soba (Buckwheat) Ale. 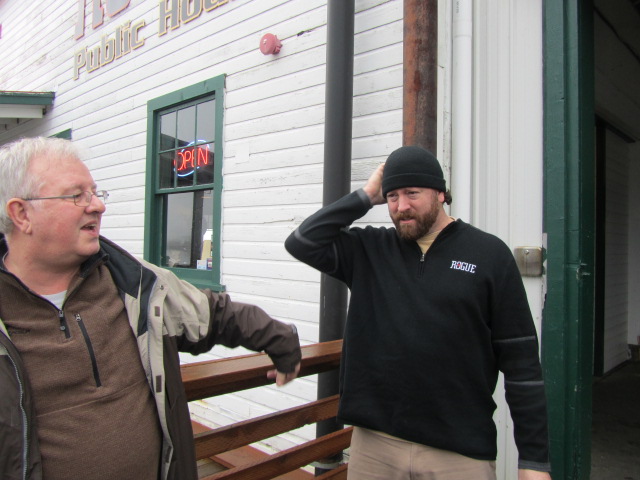 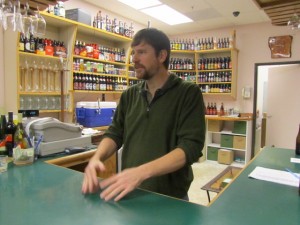 Following a premises tour at Pier 39 that also included a crab tank and Coffee Girl roasters, our team again boarded the shuttle and headed south down the coast to Seaside, Oregon. Here, we ventured upon the WineHaus, where one can find the Oregon Coast’s largest selection of bottled craft beer. Jeff Kilday and his wife Karma Herd opened the shop twelve years ago here in a strip mall on the east side of Highway 101 near the Neacoxey Creek. Seaside Chamber of Commerce’s Al Smiles greeted our group with food from the sushi restaurant next door. Kilday manned the bar and kindly shared samples of FiftyFifty Eclipse aged in Four Roses bourbon barrels. On tap Stone’s Lukcy Basardt poured as the lone tap. Kilday mentioned that a four-tap system would be arriving at WineHaus in a few weeks. People who purchase 100 different bottles of beer here (there are regularly 300 available as well as a vast selection of wines), are inducted into their “Hall of Foam.” 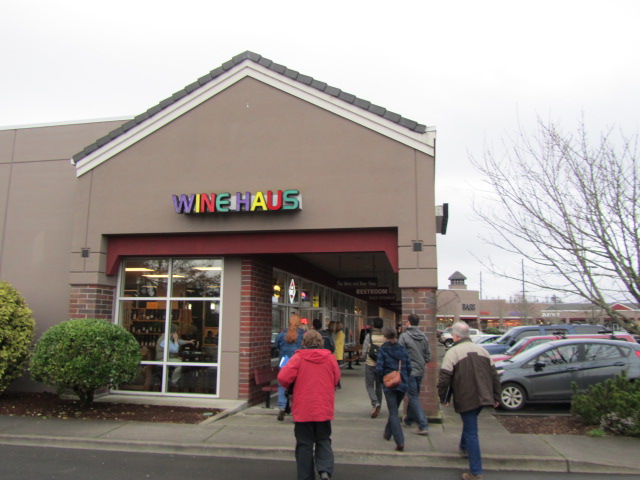 Normally the North Coast Beer Trail would continue south to Canon Beach, home of Bill’s Tavern Brewery, but on this day, we curtailed it to get back to Astoria before dark. Also, we had to make it by McMenamins Sand Trap just five miles north of Seaside in the town of Gearhart. Undeniably one of McMenamins choicest of properties, Sand Trap is set close to the beach and resorts on a majestic 18-hole, Gearhart Golf Links. Many who love golf know this historic site as the course once referred to as “closest to St Andrews.” This is apparent in the misty green rolling hills that stretch east from the sightly lodging portion. 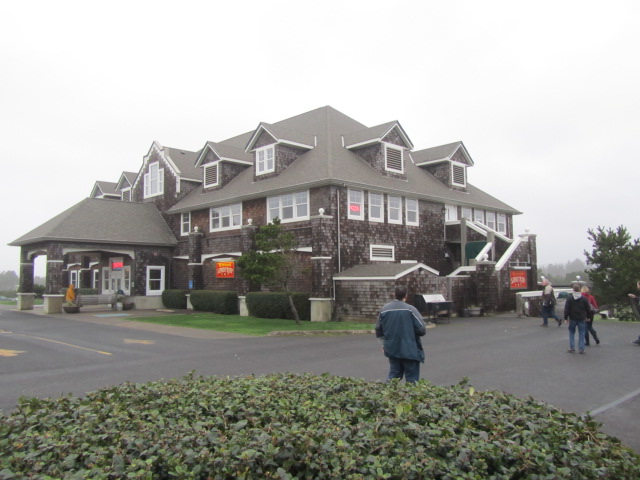 Pub manager Rachel Flesh explained that McMenamins took over the pub three years ago in order to salvage it. In March 2011, Sand Trap, famous for live music, banquets, and weddings, will celebrate its third year anniversary under the guise of McMenamins. On tap brews from a variety of other McMenamins breweries are offered including many seasonals from their Cornelius Pass Roadhouse brewery. 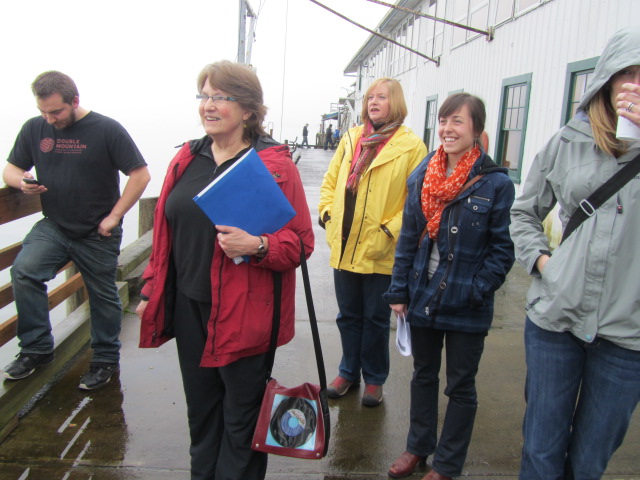 Following our tour directed by the Bartletts (an amazing wealth of knowledge between the two of them and coupled with a deep-seated passion for craft beer), we reconvened at our respected lodging quarters before heading back into town for a reprise of a few of our favorite spots.

Fort George is an absolute highlight for any craft beer enthusiast in the area. Throw stout month on top of this with their delicious food menu and what you’ve got is a world class destination. Some of us joked that we would have been contented simply with the view from our hotel rooms and the beers of the good Fort. Astoria Brewing Company beckoned one more brew, and on our jaunt back to the room to call it a night, we made one last pit stop at a nifty little pub called The Voodoo Room. I was immediately won over by the sounds of the Repo Man soundtrack playing from the speakers and a handful of taps offering that included Terminal Gravity IPA, Fort George Vortex, Anchor Porter, and Amstel Light in addition to an assortment of artisan cocktails.

Before heading back to Portland on Sunday, a group of us ended at The Blue Scorcher Bakery & Cafe, as previously mentioned by us, offers a variety of foods ranging from their specialty pastries and desserts to soups, salads, and sandwiches. It is a welcomed stop for vegetarian travelers and those who simply enjoy a healthy, delicious meal. It is also a great option for those who are gluten intolerant. Their artisan breads are delectable and the their quest to use local, organic, and sustainable ingredients make them a popular Astorian destination.

Thanks so much to everyone who came together to make our stay in Astoria, once again, a great one. Astoria truly is one of the greatest places in America. It offers a little bit of something for everyone, especially those of us who demand great beer. Cheers!