Walking Man was rated #1 brewpub in the Northwest, 15th in the world by Ratebeer.com 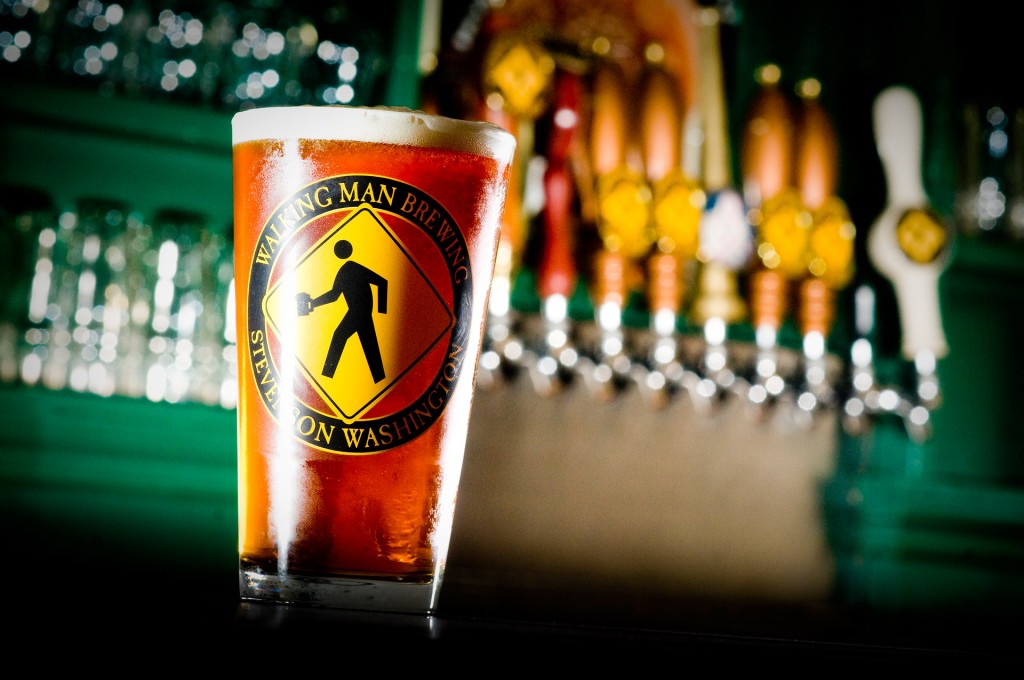 It’s hard to dispute that Walking Man Brewing and Public House in Stevenson, Washington is a pretty incredible spot for craft beer enjoyment.  Nestled right on the north bank of the Columbia River Gorge where in the summertime, hops grow up the outdoor trellis at a relaxed pace relative to the life here. Forget the scenic backdrop of “a quaint town with a windsurfing problem.” Forget the articulate little inside pub with beautiful welded iron decor and a stoically etched floors. What makes this place so great is the beer. One of the best breweries on the planet, thanks to the dream of founder Bob Craig and the talents of brewers Jacob Leonard and Dan Munch. Add in all of the great intangibles of this small town in one of the most scenic parts of North America, and you’ve got what a world class destination for beer geeks, beer lovers, and even casual beer fans. riverside drinking

Beer website Ratebeer.com‘s reader’s recent recognition of the brewpub as the best in the Northwest and the #15 best in the world is a huge honor for such a small brewery. We still think it should have been ranked higher!

Angelo rarely rates beer these days on Ratebeer.com, but today isproud to say he the #2 rater of Walking Man beers on the site.  He is also super giddy about the having the Walking Man brewers at The BeerMongers for the March 20th BrewPubliCrawl.