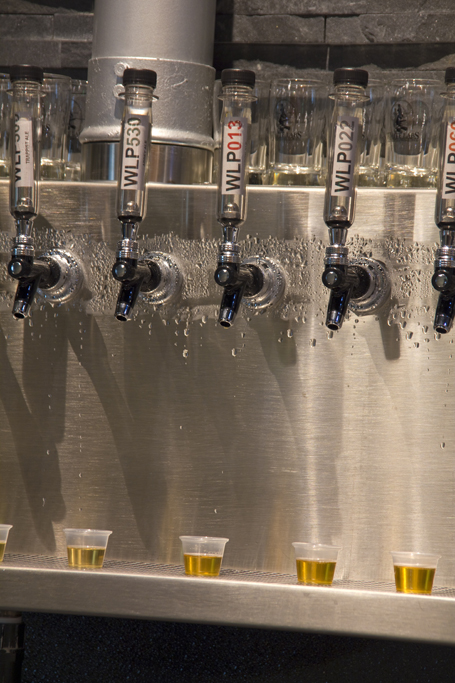 White Labs, a yeast and fermentation supplies company serving the beer, wine and distilling industries, announces the opening of a new Tasting Room at its San Diego, CA headquarters. White Labs Brewing Co. (trademark pending) held a “quiet opening” of its Tasting Room on March 22. A full grand opening, with expanded hours, is slated for June 2012.

The White Labs Tasting Room, unlike any other, offers a continuously-rotating menu of 35 taps pouring experimental beers brewed on site. Instead of crafting the same pale ale that is always available, White Labs instead may feature ten different pale ales simultaneously, brewed to the exact same recipe, except for the yeast. The following week, beers on tap might include a similar number of stouts, Pilsners or IPAs.

The purpose is educational, to teach brewers and consumers about the endless possibilities in beer flavor from experimenting with different ingredients, fermentation and brewing techniques. The beers will change regularly as the experiments continue. Each beer served comes with a complete analysis report so that tasters can learn where the flavors come from. The initial opening beers were brewed by a team of White Labs employees led by general manager Johnny Oliphant, former head brewer at Rock Bottom Brewery in downtown San Diego.

The newly-designed White Labs Tasting Room will introduce new small-batch beers brewed on-site many times per week. This not only gives beer fans 35 ways to discover new flavors, but also gives them the complete data on each beer’s recipe and process: to learn how and why the beers taste like they do.

Hours (to be expanded in June):