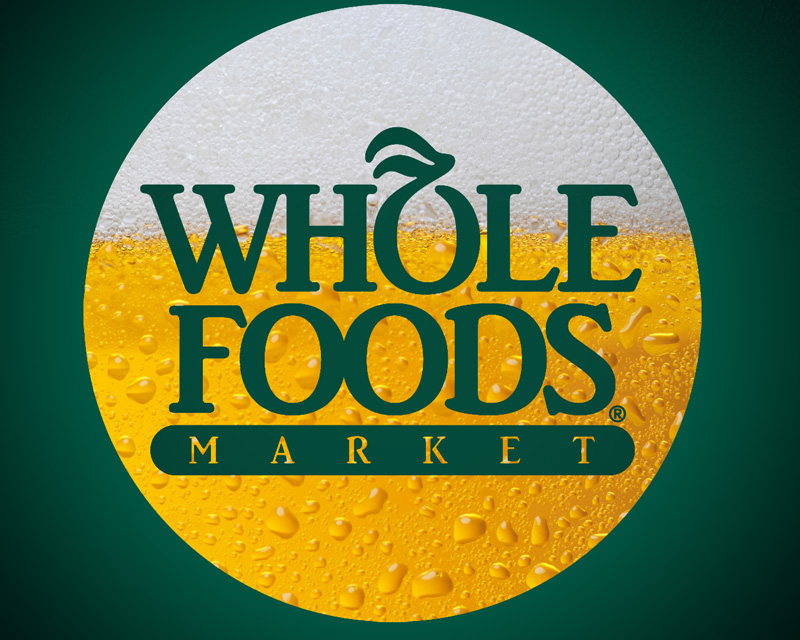 It is no secret that my wife Ashley V. Routson, aka The Beer Wench, is some kind of craft beer and Twitter anomaly. With far more Twitter followers than most breweries (17,500+ and counting), Ashley has been working with social media now for about a half decade and is already considered to be at the top of the game in her field. 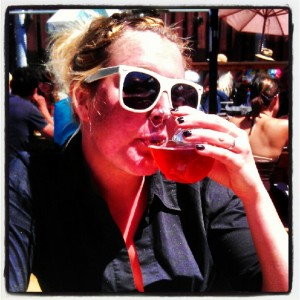 In addition to working as the point person in her role as “director of awesomeness” at Bison Organic Brewing in Berkeley, CA, Ashley asserts herself as an educator, role model, and ally for men and women with an interest in brewing. Her work is evident not just locally in the Bay Area, but across the nation thanks to the tools at her disposal.

Building alliances with those who make, sell, promote and otherwise disseminate the good word of good beer, Ashley also finds time to run multiple websites. Perhaps her most well known is Drink With The Wench which she started three years ago. Recently Ashley has given rise to a new trend in the artisan beverage world, beer cocktails (learn more at BeerMixology.com). As a true evangelist within her trade, Ashley does much of her work pro bono publico with hopes of reaching more and more potential craft beer drinkers. (Read my interview with Ashley, The Beer Wench here)

On Thursday October 4, 2012 from 5-8p.m.PST, Ashley will team up with Whole Foods Market for another installation of her craft beer Twitter Tastings. In this episode, two themes are melded into one – Women of Craft Beer and seasonally appropriate Oktoberfest beers. Join Ashley and four women from across the country who work in leading the way in not just craft beer but social media to explore some of the best German-inspired Märzens commercially made stateside. These include women from Great Lakes Brewing (Cleveland), Flying Dog Brewing (Maryland), Left Hand Brewing (Colorado), and Victory Brewing (Pennsylvania). This Tweet-up will open a dialogue for folks to share their thoughts on this lager beer style while being able to learn about its rich history, optimal food pairings, and much more.

For the full details on how to participate in this event (including some important hashtags and handles), please read the detailed presser below:

Taste and tweet about Oktoberfest beers with talented women in the craft beer industry on Oct. 4

BERKELEY, Calif. – In honor of the world’s largest beer festival, Whole Foods Market is teaming up with the Beer Wench to host a mini-Oktoberfest celebration live on Twitter. The social media duo has partnered with four U.S. craft breweries that share two things in common – all produce an awesome American-style Oktoberfest beer and all have women tweeting behind the brand.

On Oct. 4, from 7-8p.m. CST (5-8p.m. PST; 8-9p.m. EST), join Whole Foods Market and the Beer Wench as they taste and tweet through four delicious American-style Oktoberfest beers with amazing and talented women in the craft beer industry. Tweet alongside beer professionals, beer enthusiasts and foodies to learn more about Oktoberfest traditions, cooking with beer, beer pairings, and the integral role women have played in the history of beer.

To participate, pick up one or all of the featured Oktoberfest beers and tweet your experience using the hashtag #WFMBeer. Every 15 minutes, the focus of the tasting will shift to a different beer. The schedule is as follows:

If you can’t find one of the recommended beers above, simply ask your local Whole Foods Market beer specialist to make an Oktoberfest recommendation and then join the conversation on Twitter. Just don’t forget the hashtag #WFMBeer.

Interested in learning more about women craft brewers? Check out Whole Foods Market’s featured film during its Do Something Reel Film Festival this month. “The Love of Beer” is a documentary that follows women as they struggle to end stereotypes, handle their rising fame and raise a family in the craft beer scene. The film is available to digital audiences with exclusive filmmaker interviews on iTunes and other platforms for $3.99 in standard definition and $4.99 in HD. Visit dosomethingreel.com for more information.

Participation is limited to those 21 years or older.