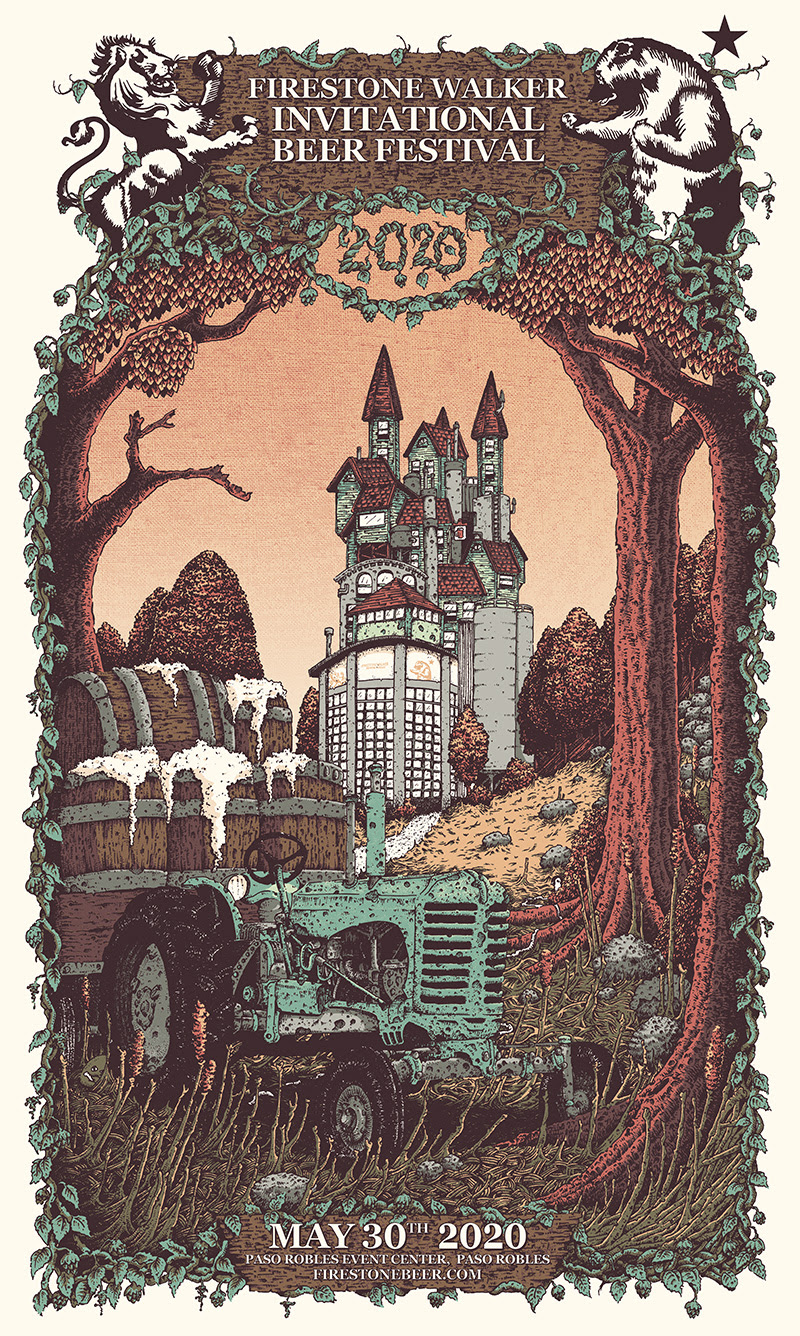 It’s that time of year again as tickets to our favorite beer festival on the West Coast go on sale. Now in its ninth year, the 2020 Firestone Walker Invitational Beer Fest (FWIBF) returns to the Paso Robles Event Center in Paso Robles, California on Saturday, May 30th from Noon – 5:00pm. The limited amount of tickets to this year’s FWIBF go on-sale on Tuesday, February 11th at 9:00am PST.

Each year Firestone Walker Brewing does not disappoint when it hosts this annual gathering of over 50 world class breweries, all invited Matt Brynildson, Firestone Walker’s Brewmaster. Each brewery brings their A game to California’s Central Coast. Expect multiple beers from each of the yet to be named breweries that includes many rare beers alongside a few that you’d expect from the brewery. Alongside these 50+ breweries will be over 20 local restaurants, live music, brewer panels and a full afternoon of fun!

Admission into the festival includes a FWIBF snifter glass, unlimited beer and food samples, access to all of the music and a chance to talk to your favorite brewer as many of them are serving their beers at their booth.

Tickets will be available for purchase online only through Eventbrite as they go on sale February 11th, 2020 at 9:00am PST. There is a limit of two tickets per transaction. General Admission tickets cost $90.00 ($96.97 after fees) allows for entry at Noon. Early Entrance tickets cost $200.00 ($213.02 after fees) allows for entry an hour early at 11:00am, plus a few additional benefits such as 2020 FWIBF merchandise and $115.00 of this price is donated to Paso Robles Pioneer Day, the charitable arm of the festival.

The FWIBF is only for those 21 years of age or older and the festival does not allow any pets (exception for service animals). Get your chance of purchasing tickets by clicking here.

As with every other year of the FWIBF, tickets will sell out fast. If it sells like in years past, all 2,500 or so tickets will be sold out within 10 minutes or so.

And don’t forget to book your hotels as these fill up quite quickly. It may be best to reserve prior to even knowing if you have secured tickets. For a list of hotel options in and around Paso Robles click here.