In a little over a week, Alesong Brewing & Blending will celebrate its 6th Anniversary with two days of events from Saturday, June 18 to Sunday, June 19. This weekend long celebration will take place at its countryside brewery from 1-8pm each day.

This year Alesong worked with Portland, Oregon’s Ruse Brewing to create 6th Canniversary Collaboration IPA, a tropical West Coast Style IPA made with Galaxy, Citra, Motueka, and Mosaic hops. It will be available on draft and in cans for a limited time at both Alesong tasting rooms, at the Portland release and collaboration Alesong / Ruse tap takeover at The BeerMongers on June 16th, and in Ruse’s Southeast Portland Taproom. 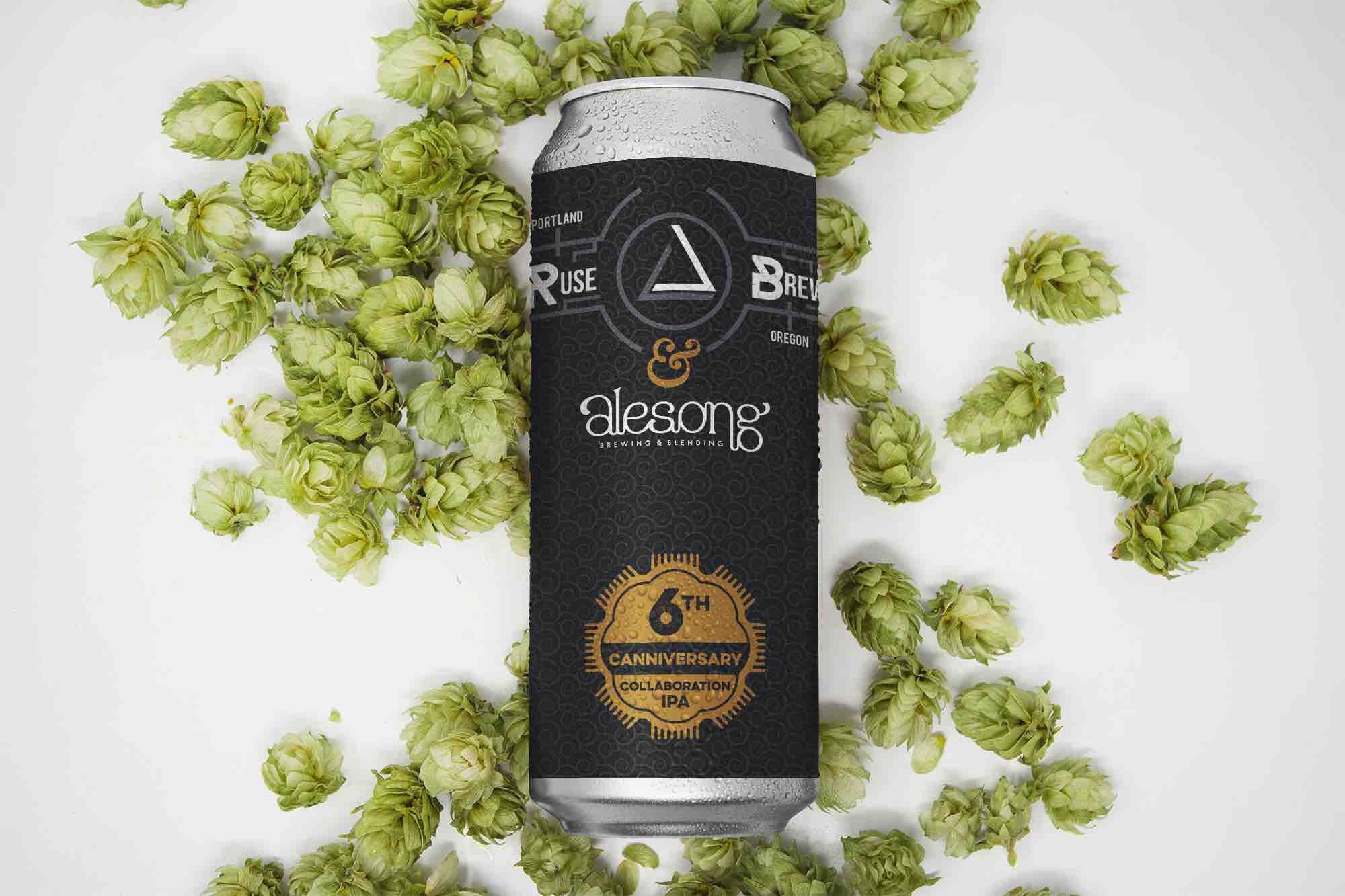 In addition to Alesong’s anniversary, this IPA celebrates the wonderfully collaborative nature of the beer industry, showcases Ruse’s significant expertise in crafting delicious IPAs, and acknowledges that although Alesong makes only barrel-aged beers, we still have plenty of love for the crisp and hoppy beers that have defined West Coast brewing over the past 10-15 years!

“This anniversary is meaningful because it’s a chance to gather and celebrate our community,” said Doug Coombs, Alesong co-founder in a prepared statement. “We’re ready to let loose and party after another year of COVID ups and downs and really kick off what’s sure to be a fun summer in the Eugene area – and beyond,” says Coombs. “It’s also about making space to acknowledge all of the hard work our team puts in and our many supporters who’ve made it possible for us to grow and thrive for six(!) crazy years.”