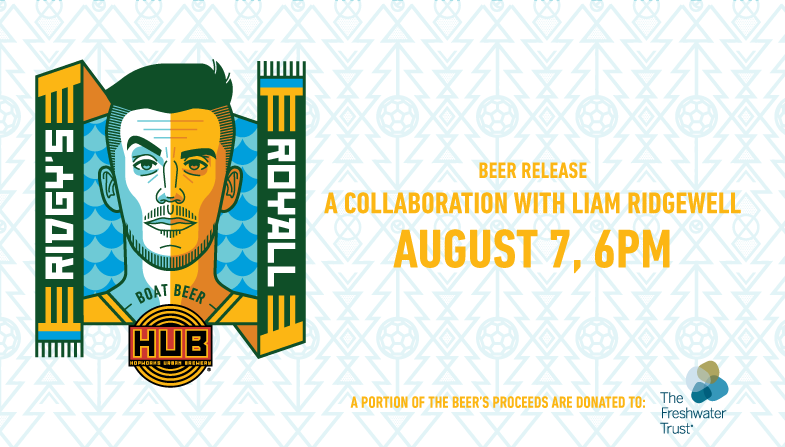 To kick off the soccer season earlier this year Hopworks Urban Brewery partnered with Jack Jewsbury on Captain Jack’s Lucky 13 Championship IPA. Now the brewery has partnered with player Liam Ridgewell for the release of Ridgy’s Royall Boat Beer.

On Sunday, August 7, Ridgy’s Royall Boat Beer will be released at HUB on SE Powell. This limited summer beer is a collaboration with Liam, a member of our favorite men’s soccer club. Liam will be at the pub to share a pint with fans after the match that day beginning at 6:00pm.

In addition to being on tap, HUB will also release a limited run of collector bottles. After the release party, Ridgy’s Royall Boat Beer will be on tap at BikeBar. A portion of this beer’s proceeds are donated to The Freshwater Trust, a freshwater conservation nonprofit based in Portland.