One of the most important and the largest ingredient in beer is water. The source of this basic human necessity is of the utmost concern. One organization here in Oregon that is a supporter of clean, fresh water is the Oregon Brewshed® Alliance.

On Wednesday, May 18, from 5:30pm to 9:30pm, the inaugural Oregon Brewshed® Brewfest will take place at McMenamins Kennedy School in Northeast Portland. Twenty one local Oregon breweries will be pouring a special beer of its choosing for craft beer lovers to try at this special event. Oregon Brewshed® Brewfest is described as a celebration of fantastic Oregon craft beer and the wild watersheds that make it possible, featuring the breweries and other businesses committed to watershed protection through their partnership in the Oregon Brewshed Alliance.

Advance tickets are now on sale for $25 each. For those looking for a better deal use special promo code THINKWILD16 to receive $20 advance tickets. Tickets will be sold for $30 at the door by cash or card. Your ticket gets you 10 tastes, a special tasting glass, a Brewshed® Brewfest Passport, one raffle ticket and entry. Additional tastes and raffle tickets will be available for $1 each. McMenamins pub fare will be available for purchase. 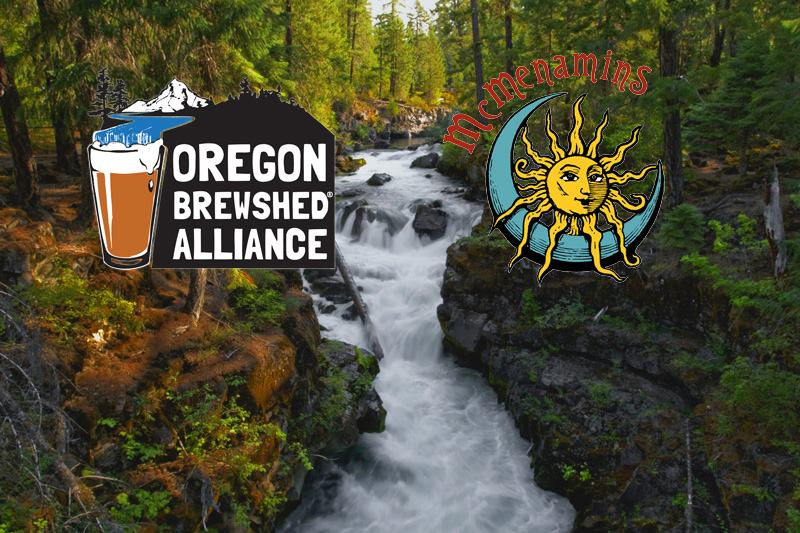 Once inside, taste incredible craft brews, vote for your favorites, enjoy patio games, learn about wild lands and watersheds across the state, and enter the raffle for great Oregon Brewshed® Alliance and Brewshed® Partner prizes, including:

These awesome Brewshed® Partners will be pouring something special at the fest:

Festival organizers encourage those attending to bike, walk, or take public transportation to the event, conveniently located in the Alberta Arts District of NE Portland. The Kennedy School is easily accessible via TriMet Buses: 8, 17, 70, 72.