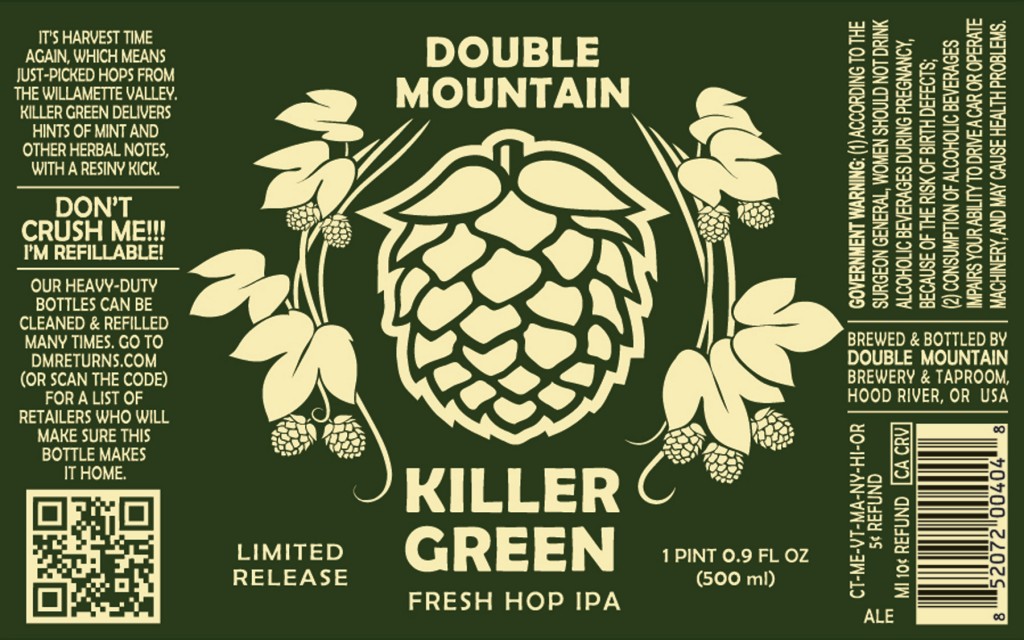 Fresh hop season is upon us here in the Pacific Northwest, and more than ever before, breweries are beginning to bottle up these limited release (and limitedly fresh) brews made from the region’s signature lupulin spice. Double Mountain Brewery & Taproom recently expanded and began bottling their beers after five years of operating a successful brewpub in downtown Hood River, Oregon. Now, folks who understand just how amazing DM’s brews are can find limited release bottles of their Killer Green and Killer Red Fresh Hop IPAs in 500ml bottles.

Also bottling up fresh hop brews this year is Big Al Brewing of Seattle. Their upcoming Harvest Ale Fresh Hop Santiam looks to be a hoppy Washington highlight for 2012 as does the latest Trip Series New Belgium-Elysian collaboration. This fresh hopped imperial IPA is unique in that it also features orange peel as an ingredient. 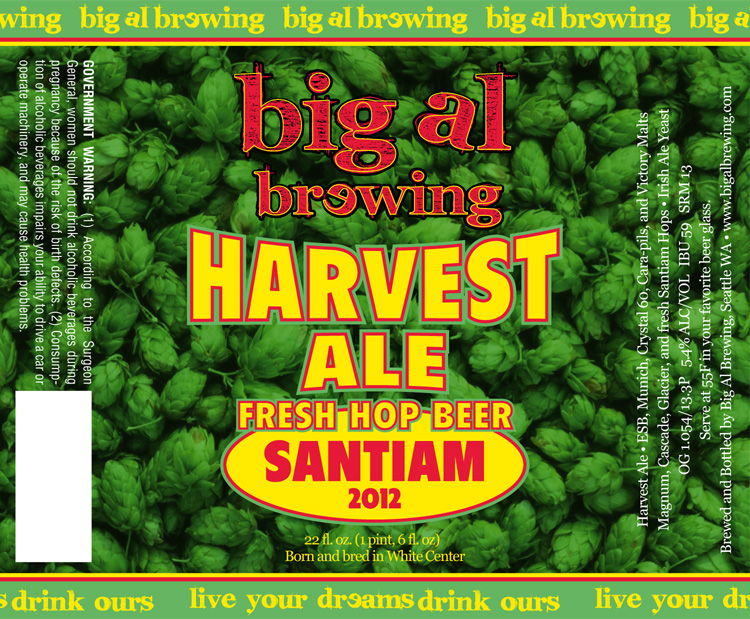 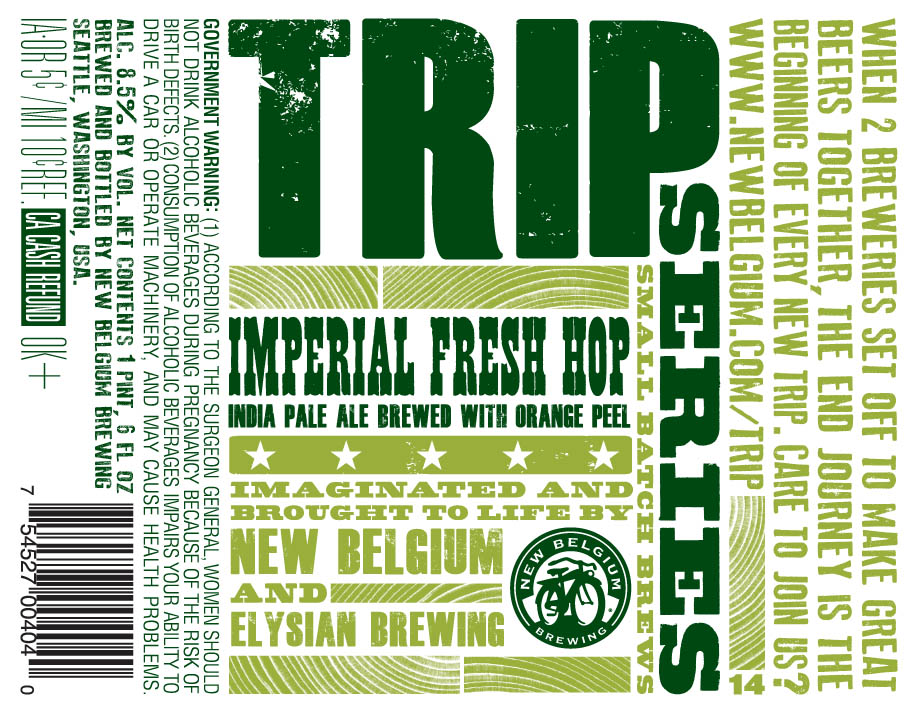 The fall season also means the release of pumpkin beers and Oktoberfest lagers as well as the planning and creating of forthcoming winter and even spring beers. There’s even a new 2-year old Brewer’s Reserve release from BridgePort Brewing dubbed

“Enchanted.” Brewed with raspberries and aged for two years in oak barrels, we’re hoping this sour ale will be reminiscent of an early vertical keg of the brewery’s Stumptown Tart which poured previously this year at Bailey’s Taproom. This could very well be Oregon’s oldest brewery’s most sought after beer ever!

Many new beers from Craft Brew Alliance, including several new limited kegs from Widmer Bros, who are also releasing a few new beers in bottles as are the folks at RedHook. A new sake makes the list, as does many many other intriguing new releases that you might want to scope out in the near future!

Here’s a look at more than 65 new craft beer labels from around the Pacific Northwest including Northern California, the Bay Area, Alaska, and Idaho. Cheers!